How To Hire The Right Yacht Captain

"Hiring the right captain and crew for your yacht is the single most important thing you can do when it comes to enjoying your time on board," said Captain Jeff Palmer, longtime motor yacht captain turned professional yacht broker. "Especially for first time yacht buyers, the captain can really make or break the experience."

The reason people purchase a motor yacht is to enjoy their free time, relax in a stress-free environment, and to share this moment with their loved ones. When everything from the perfect weather, to the right destination, and the synergy among your guests is all aligned, the feeling is indescribable. It doesn't take but one mistake from the captain or a difficult crew member to put a damper on your plans. In extreme cases, hiring the wrong captain could even result in damage to your yacht, whether aesthetic or mechanical.

So where does a new yacht owner turn when hiring a captain? United Yacht Sales spoke with 3 longtime motor yacht captains to get their advice on what new buyers should do, as well as longtime owners looking to make a change.

Captain Ken Gibson has seen it all. Since 1981 when he first got his captain's license, Ken has been both a captain for private owners setting out on month-long voyages to tropical destinations and for charter yachts earning income as a business. Ken has over 1 million miles on the water. He is currently in charge of a 136' Horizon Yacht that was sold in 2020 by United Yacht Sales broker Greg Graham. One advantage of working with a professional yacht broker is the referral of a reputable captain that broker knows and trusts.

Known for being very thorough and detail-oriented, Captain Ken spent 24 years in the Coast Guard and retired as a Commanding Officer based at the station in Fire Island, New York. His training has given him the skills needed to properly manage a crew and a yacht simultaneously. "I run the crew on board like a team," said Captain Ken. "Everyone on board has everyone's backs. Everything good and bad that happens on the boat comes through me and I am responsible for being the communication to the owner. A chain of command and a structure is very important when managing a large yacht. Good crew appreciate that structure as well"

He continued on the advantages of hiring the captain first and allowing that captain to hire the right crew members. "I don't take a job unless I am responsible for the hiring and management of the crew," says Ken. "I look for crew members that can do multiple jobs so our team is cross-trained and can be efficient."

So what did Captain Ken have to say about finding the right yacht captain? He says to look for these things:

Another question that often comes up is, "How much does a yacht captain earn?". Captain Ken says there is an often-repeated misconception that $1,000 per foot is the going rate for a yacht captain, which may have been true 25-30 years ago. "The best advice I can give is to find the right captain for you first and then discuss the compensation. The salary is dependent on a lot of details with that specific job. Especially if the captain will be working 7 days a week, they're essentially giving up months of their life at a time."

Finally, Captain Ken encouraged yacht owners to seek out the Private Facebook Group called (COC) Captains On Call. This is a private group you have to request to join. Only yacht owners and captains are allowed to be members. If you want to know more, Captain Ken can be reached at yachthomecoming@gmail.com. 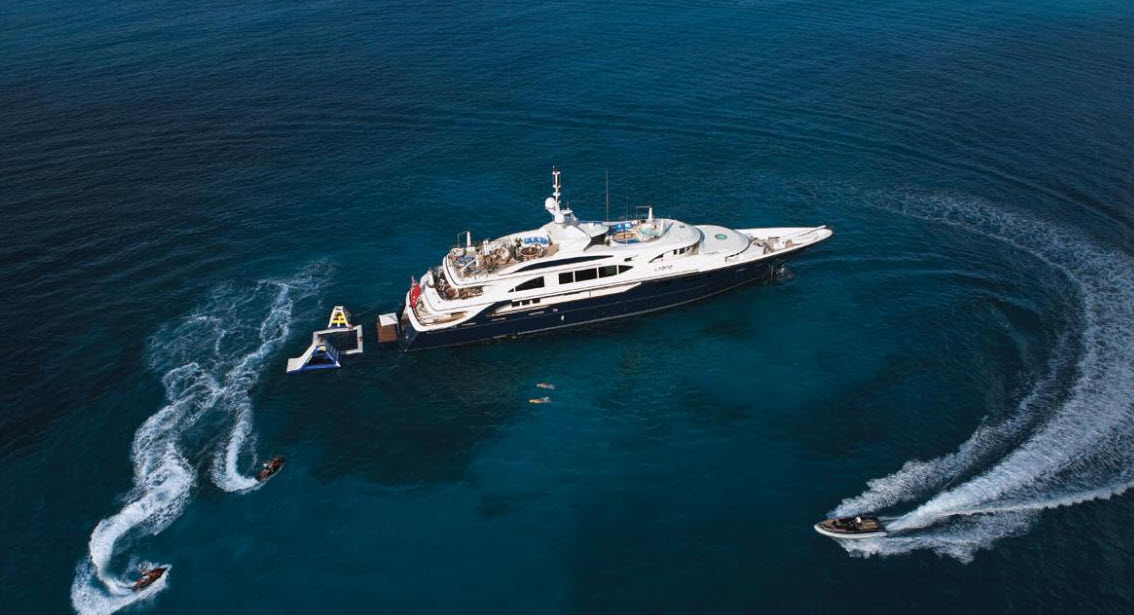 Captain Ben Pollon grew up in the Turks and Caicos Islands in a family of sailors who instilled in him a strong passion for the water. After owning a marine repair business in Fort Lauderdale, Ben became a full time captain, "Mainly on 50 to 60 meter yachts." he says. Ben went on to earn his 3000GT Masters License and spent over 15 years managing multiple high-profile charter yachts. "Some boats had 15-plus crew on board," Ben continued.

Ben knows what it takes to successfully manage a crewed yacht placed into a charter program and the demands it requires. “If you’re a new yacht owner, the best thing you can do is choose a Captain and thoroughly explain your needs and expectations,” Ben elaborated that running a large modern yacht is akin to running a small business with the Captain at the head of it "Giving a captain the tools he needs to run the boat effectively will ultimately result in a better experience for the owner when they step on board."

Captain Ben gave some additional pointers on where to find a captain and what to look for:

Captain Ben also agreed that $1,000 per foot for a captain's salary was dated. "Be open minded about the salary you're going to pay your captain," said Ben. "The pay is definitely commensurate on experience and I recommend working on finding the right fit, before discussions on salary even begin." 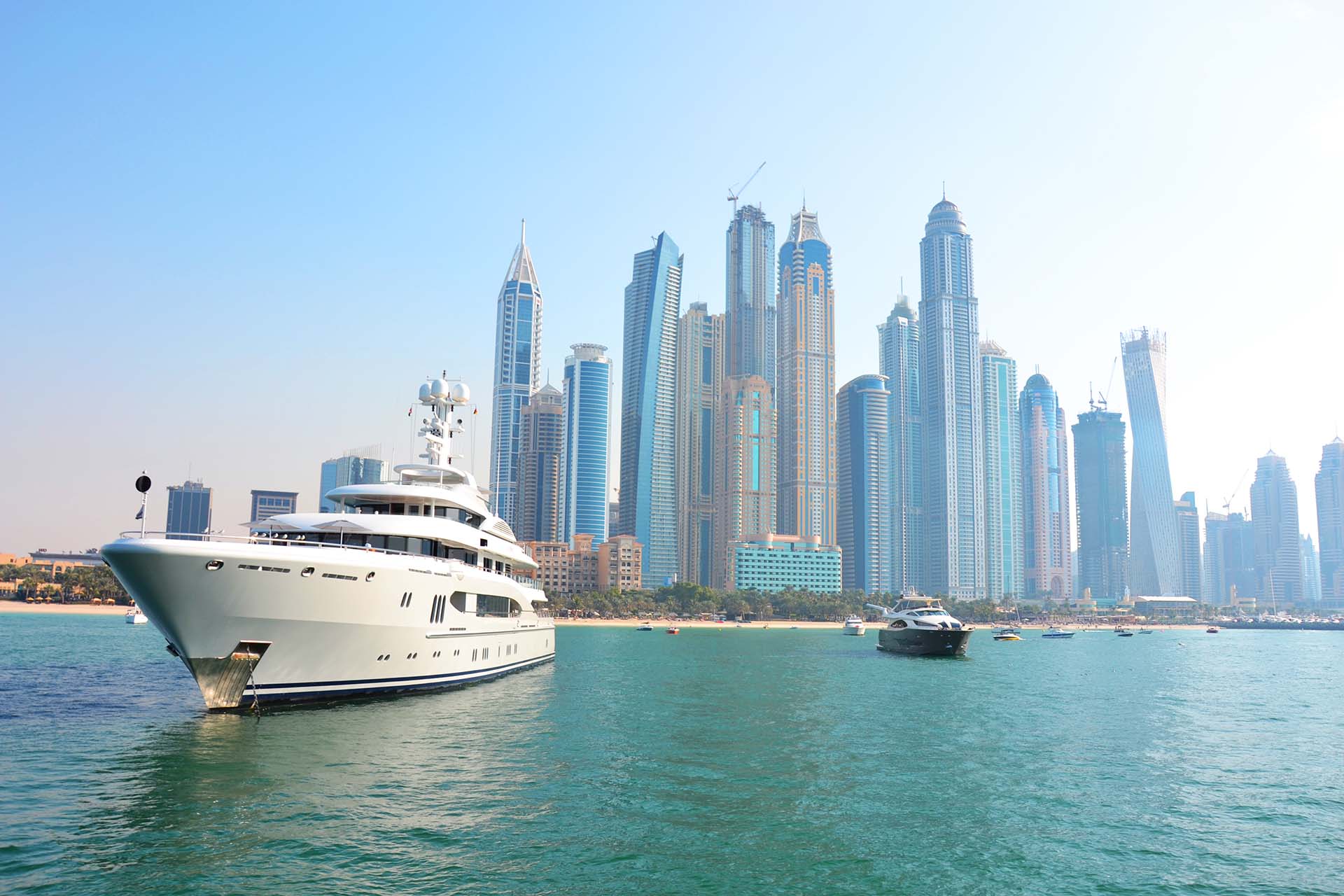 Captain Jeff Palmer has done everything there is to do in the realm of boating. He started as a welder and search rescue team member on the USS Dahlgren in the U.S. Navy, later becoming a deckhand on several yachts throughout the Caribbean. Jeff moved on to becoming a captain in 1992 and has managed everything from sailboats, to Hatteras Yachts, to "GEORGIA", the world's largest sloop at 159'. Mostly Jeff captained 180-foot plus motor yachts. Today, he's not only a professional yacht broker, but he's also part owner of United Yacht Sales.

Jeff has engrained himself in South Florida as the head recruiter for UYS and often speaks with brokers, captains, crew, and owners. "It used to be that boats over 60 feet had a captain and a crew member," said Jeff. "Now with the advancements in technology, that size has grown to over 75-feet on average. People want their privacy."

Jeff confirmed what both Captain Ben Pollon and Captain Ken Gibson said about what salary to pay a yacht captain. "1,000 a foot has been around forever and it's archaic," he said. "A lot of what you're going to pay a captain depends on the program. Is it seasonal? Full time? What size boat and how many days on board? Will the captain get charter tips? There are a lot of variables to the discussion."

As a professional yacht brokerage firm in the industry since 2002 and with over 200 yacht brokers on our team, United Yacht Sales has the network of buyers, sellers, and captains to assist you in your yachting plans. Contact us today at 1-772-463-3131 whether you are looking to buy a yacht, sell your existing boat, or just want advice on finding a captain. 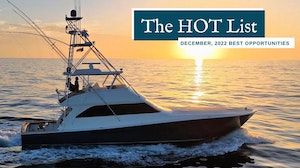 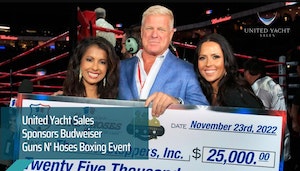 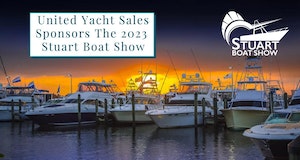 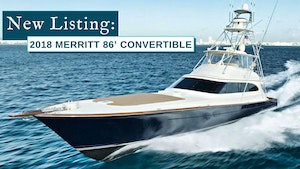