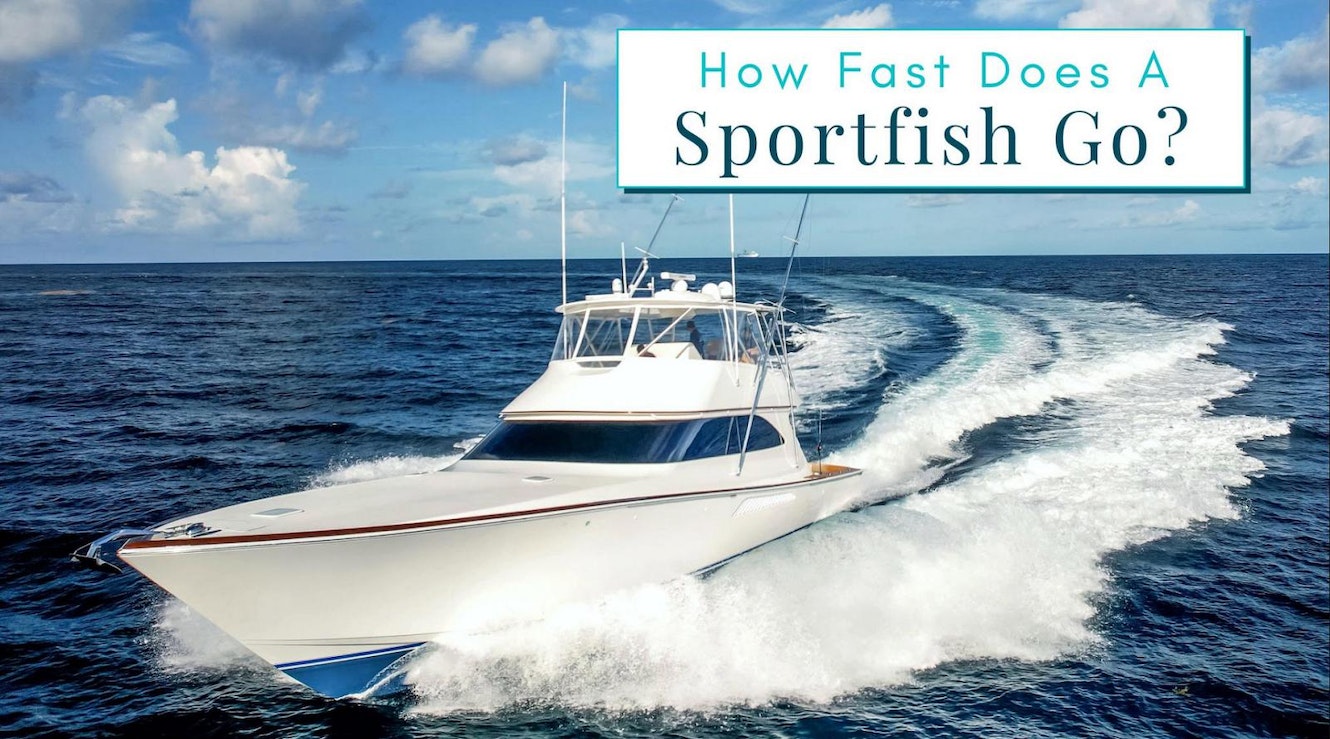 How Fast Do Sportfishing Boats Go?

The bigger and more powerful today's marine engines become, the higher speeds sportfishing boats are able to achieve. Combined with the modern construction processes that use high-quality resin-infusion techniques for reduced weight, increased horsepower, as well as improved hull designs, sportfishing boats are easily able to achieve top speeds over 50 knots . Most captains and owners, however, are content with a WOT speed near 40 knots as the extra horsepower can certainly raise the price of the vessel and burn more fuel.

Higher speeds become more important should the owner want to fish in highly competitive offshore tournaments where getting to the fishing grounds faster may mean an advantage over other boats. And let's be honest, there is definitely a sense of pride of being out in front of the pack during a shotgun start.

A common question that gets asked by those new to yacht ownership is, "how fast do sportfishers actually go?". On average, a mid-sized sportfishing boat will have a cruising speed in the high 20-knot range to low 30-knot range, with a top speed in the mid 30 knot range. For the average sportfish buyer that wants to have fun fishing with family and friends, as well as undertake a cruising vacation on their boat, this speed should be just fine.

(Below: The MTU Series 12V 2000 M96 is a popular engine for larger sportfish like the 92 Convertible from Viking Yachts.)

Below is a list of various sportfishing yachts from different builders and different sizes, along with their speeds:

We also asked our United Yacht Sales sportfish experts what they thought was an ideal speed and propulsion package if they were to purchase a boat. Here's what they had to say:

Brian Franc, CPYB: "If I was buying a sportfishing yacht, I would lean towards a semi-custom Viking in the 55-65 foot range with cruising speeds in the 35-40 knot range. I prefer either CAT or MTU engines. If I was choosing a custom sportfish however, I would prefer a Spencer Yacht with the same package as the Viking."

(Below: This Spencer 62 would fit Brian's needs and has a cruising speed of 35 knots.) 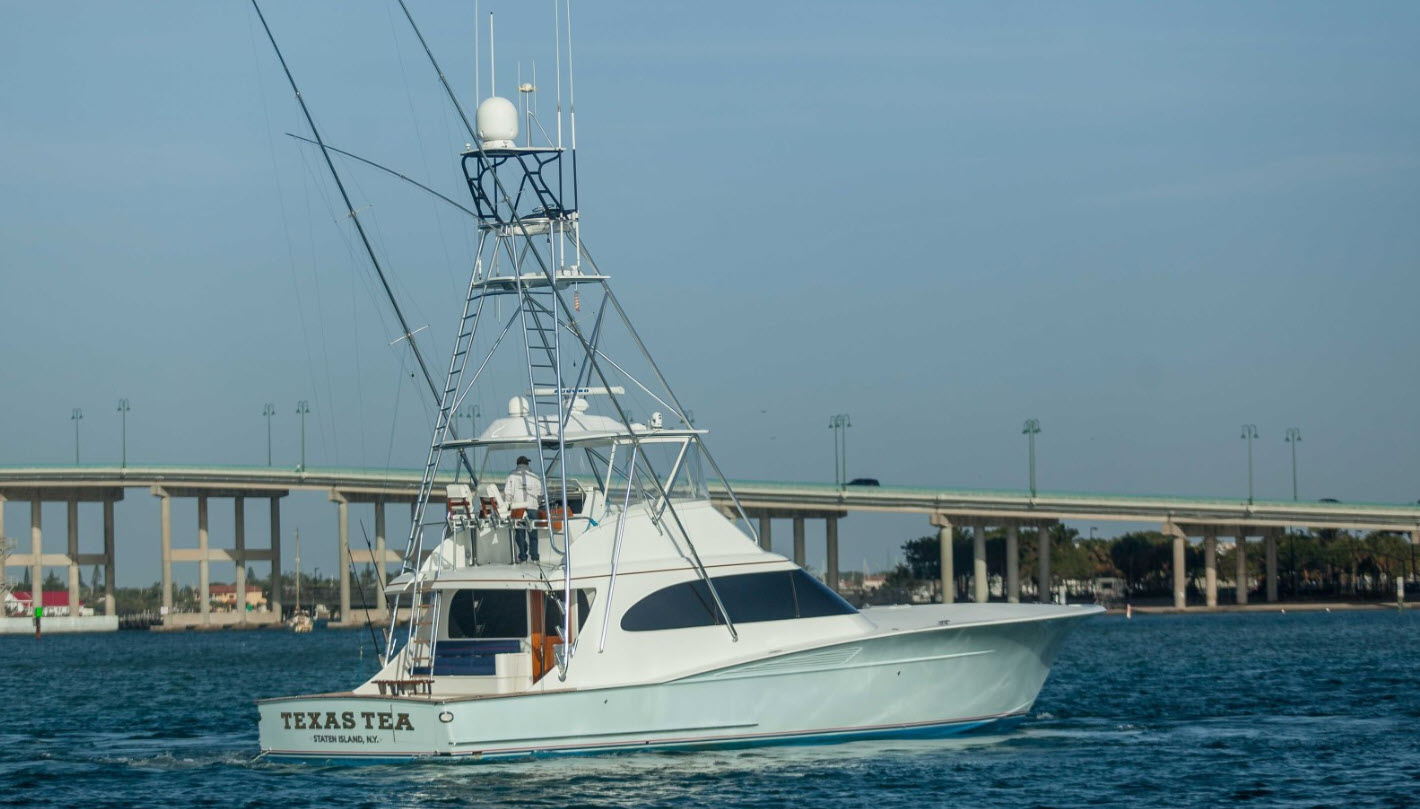 Greg Graham: "I love custom boats so my top choice would be either a Willis, F&S, or Bayliss. Engine choices are somewhat limited with the larger sportfishing yachts so probably either the MTU M96 2600HP engines or the new CAT C-32 B-series. MAN also has a new lightweight 2000HP engine out, but at this point I would probably pick the MTU's. Cruising speed in the mid-30 knot range is great, with a top speed in the low 40's. Any faster than that and people on board have to hold on for dear life and it's tough to do anything else."

Mordy Miltz, CPYB: "My ideal sportfish is going to be around 70-feet with either the new CAT-32 B-series engines or the MTU M96L's. To compete in the tournaments I prefer a boat with a top speed around 42 knots with a cruising speed of 35 knots. Important to me though are the draft of the boat and the ability to run it with a single mate."

(Below: This Viking 72 is outfitted with the MTU M96L engines and can reach speed over 47 knots!) 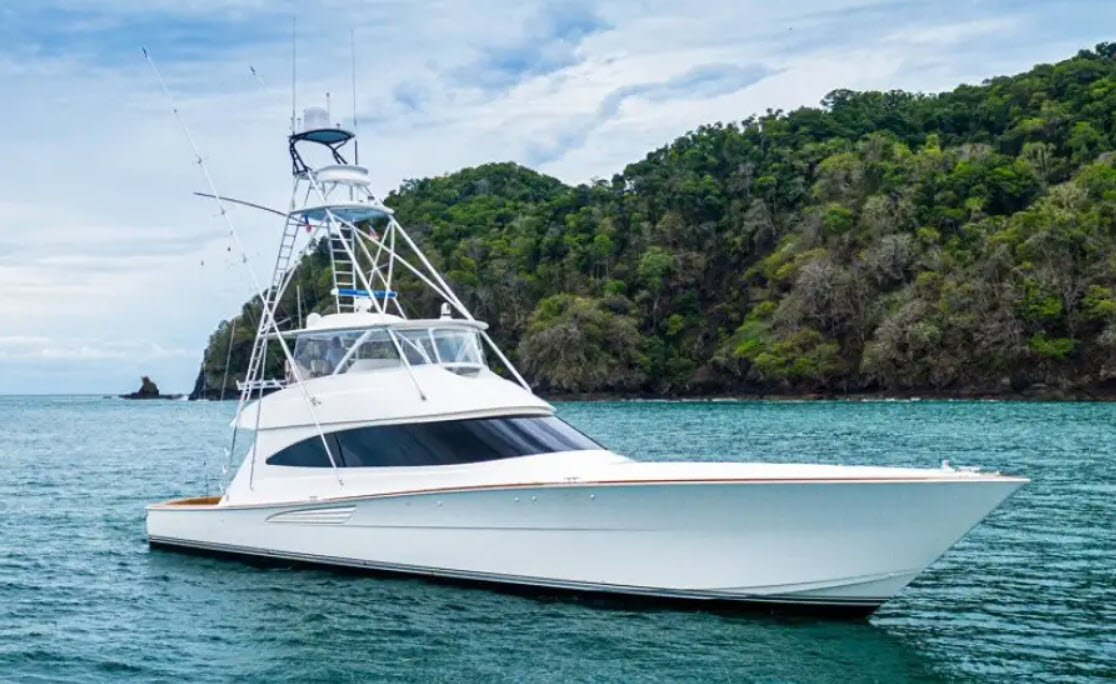 John Blumenthal: "Having grown up fishing for Marlin in Australia, my ideal sportfishing boat is going to be a Bayliss 72. My preferred power is going to be the CAT-C32's that can hit a cruising speed of 35 knots. When fishing tournaments, it's important to have enough horsepower to hit 40 knots."

Christopher Cooke, CPYB: "Similar to Mordy and John, I'm looking for a sportfish that cruises around 35 knots with a top speed of 42 knots. I think that range is probably the most common among buyers in the market. My perfect boat is going to be a Garlington 71 Convertible powered with C-32B ACERT engines."

(Below: The latest 71 convertible from Garlington Yachts was equipped with twin MAN V-12 1900s.) 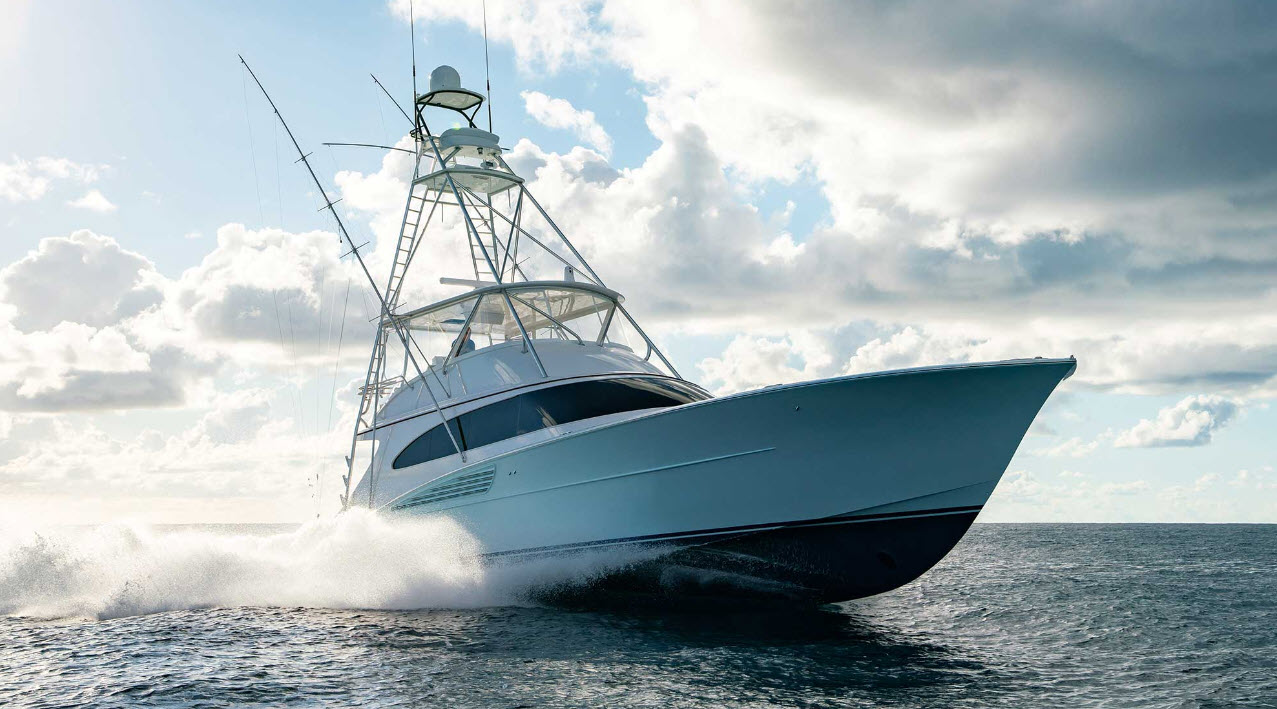 There are many attributes that matter when selecting a sportfishing yacht that is right for your needs. Speed matters, but so does the draft of the boat, the accommodations, the size of the cockpit area, whether or not the boat has an enclosed bridge or not, and the equipment on board. In today's market, boats with Seakeeper gyro stabilization are often sold faster as it reduces rolling. So unless budget is of no concern, selecting the right boat for you might mean sacrificing a bit of speed. The important thing is to have an open and honest conversation with your yacht broker regarding your goals.

With over 250 brokers worldwide and many sportfishing experts on our team, there is no better brokerage firm to list your yacht for sale or help you purchase one, than United Yacht Sales. To get started with finding the right broker for you, we invite you to give our main office a call at 1-772-463.3131. We look forward to working with you on achieving your boating dreams.

Please enjoy these other sportfish-related articles: 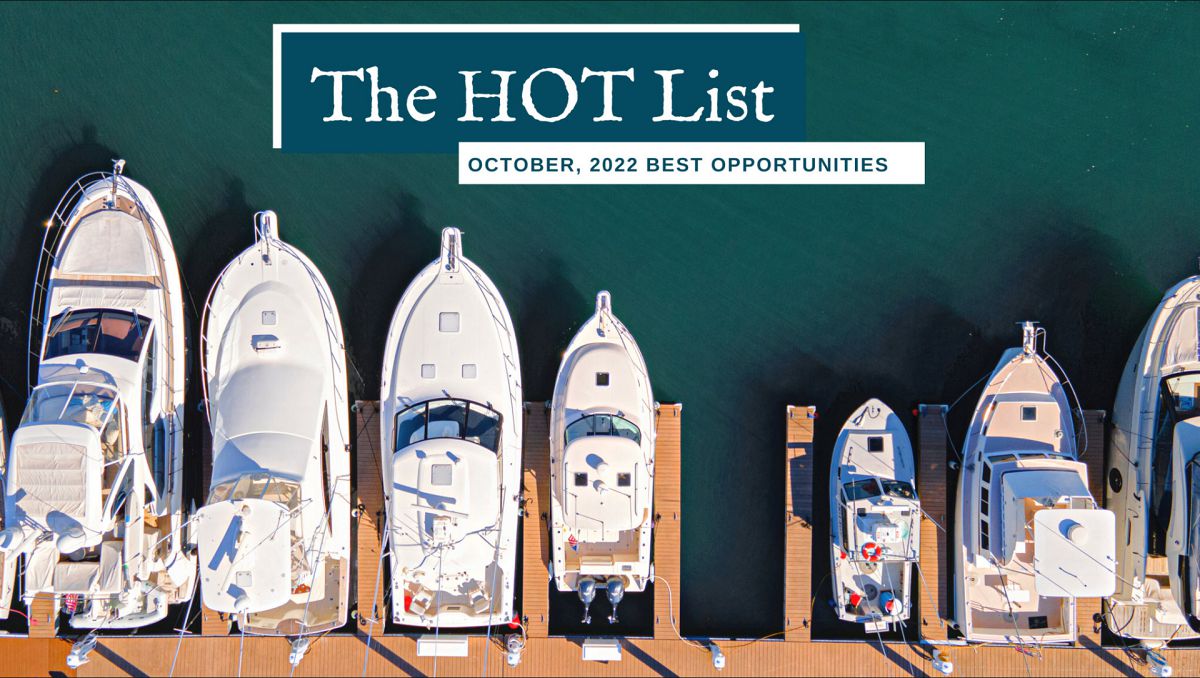 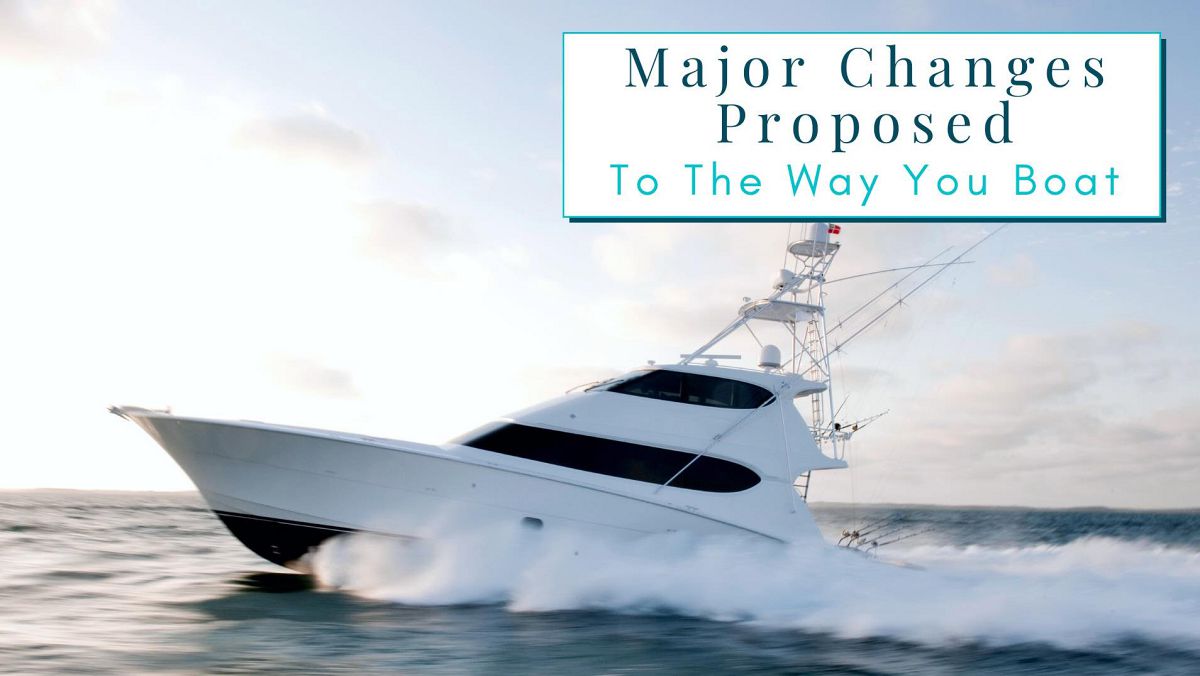 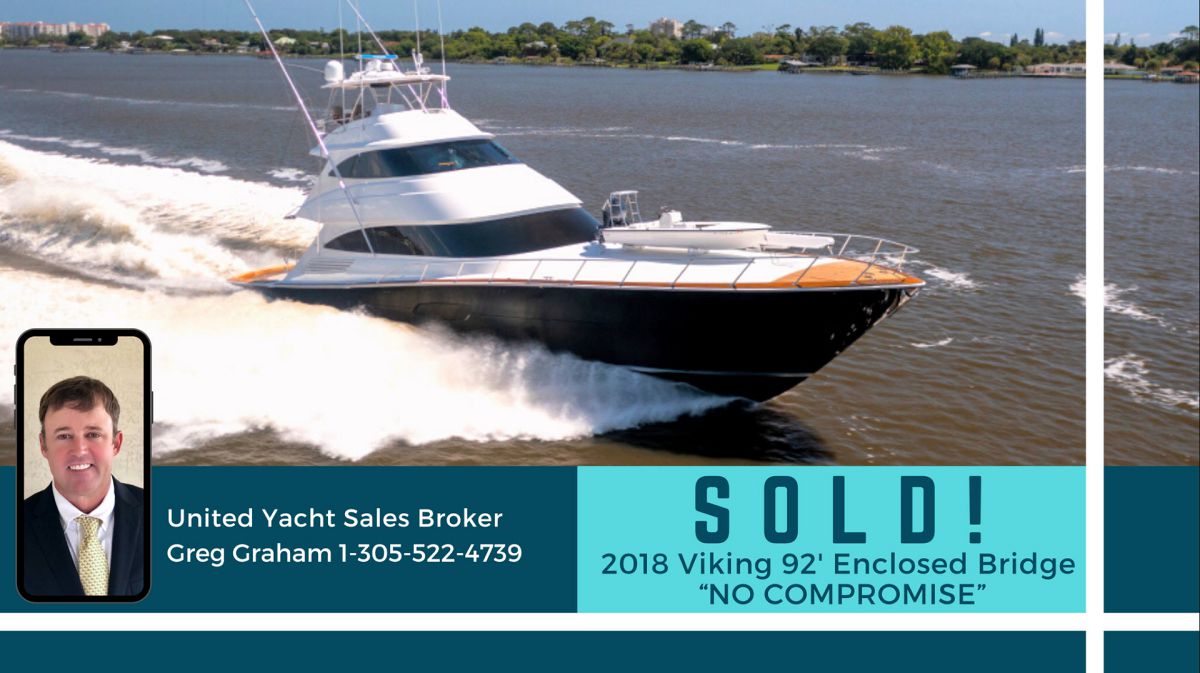 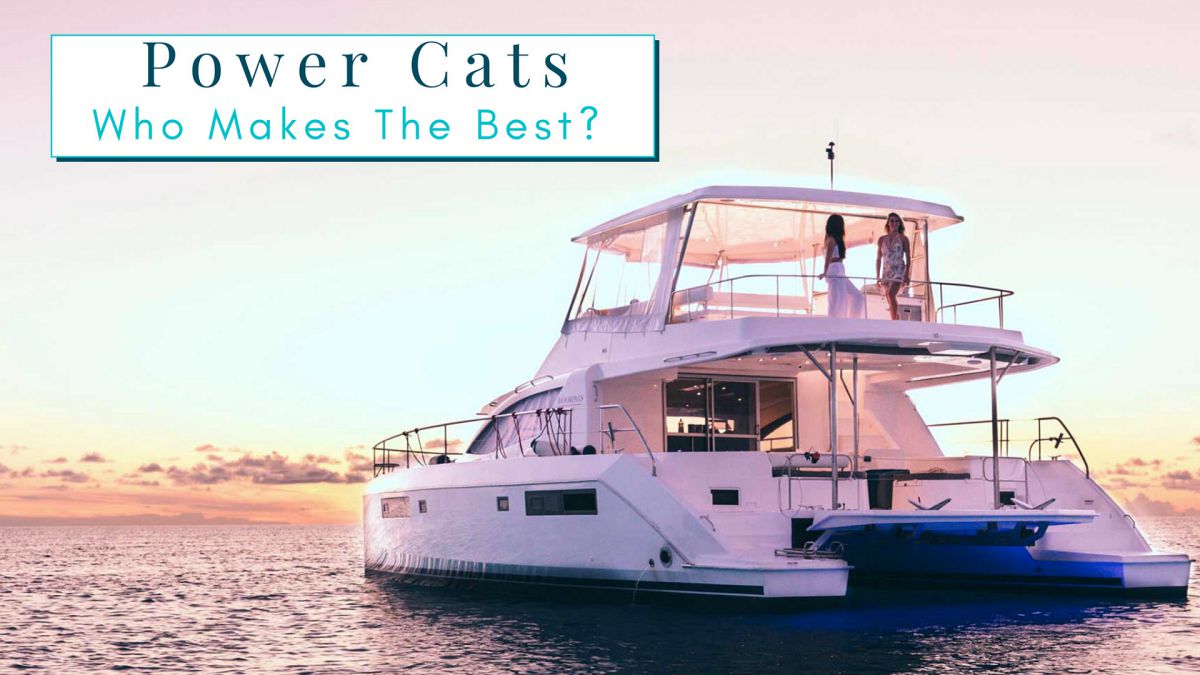 Who Makes The Best Power Catamaran?