Yachts For Sale In Kemah

Kemah is located southeast of Houston on the south side of Clear Creek Channel that connects Clear Lake with Galveston Bay. Set on a half-moon pocket on Galveston Bay, the town is 25 miles northeast of Galveston. Founded in 1898 by John Henry Kipp and James H. Bradford, who owned most of the land that they subdivided into lots to establish the town, they initially called Evergreen. To establish a post office, the town had to be renamed because the name Evergreen was already taken. In 1907 it was renamed Kemah, Indian for “wind in my face,” descriptive of its location on the Bay and also fitting for boat lovers.

United Yacht Sales can help you find the perfect yacht for sale in Texas. Give us a call today at 1-772-463-3131 about purchasing a new boat or listing your current yacht on the brokerage market. 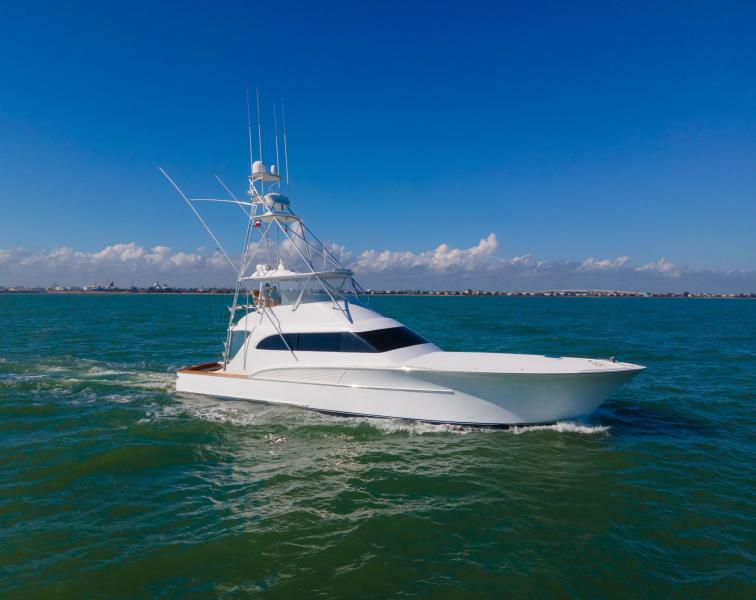 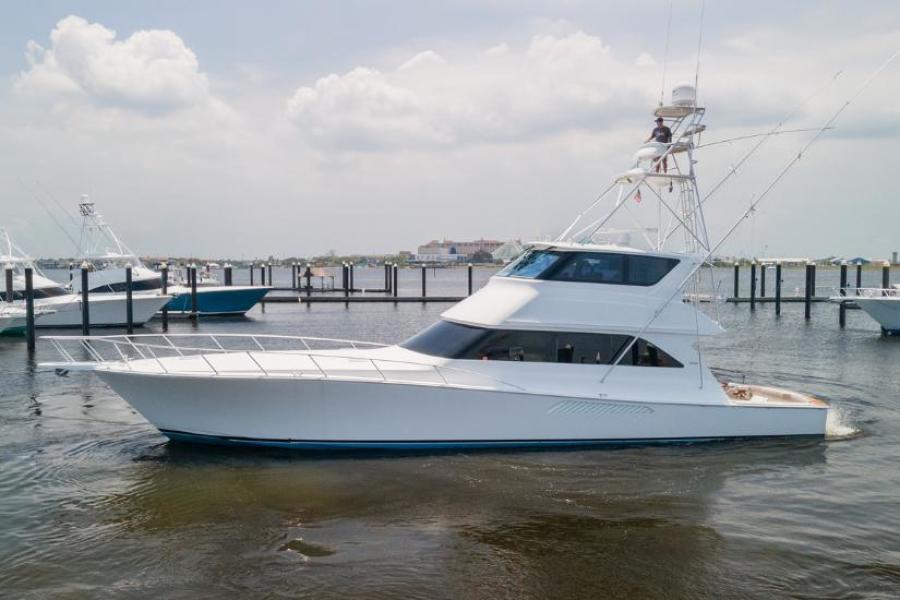 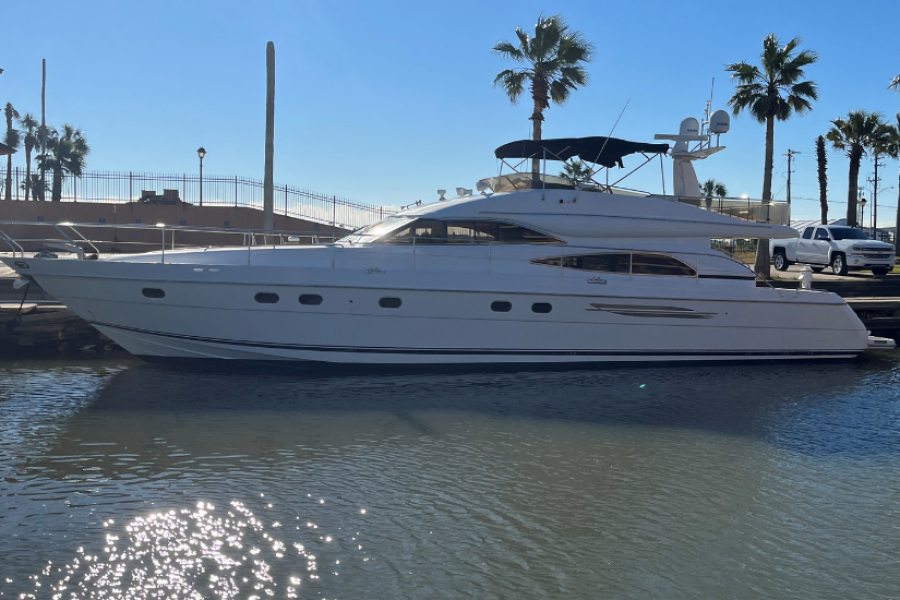 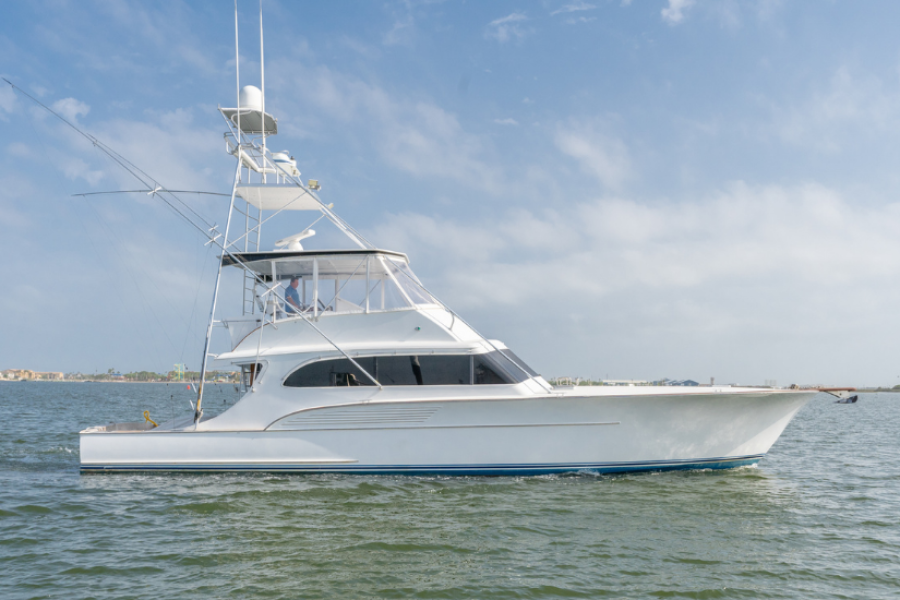 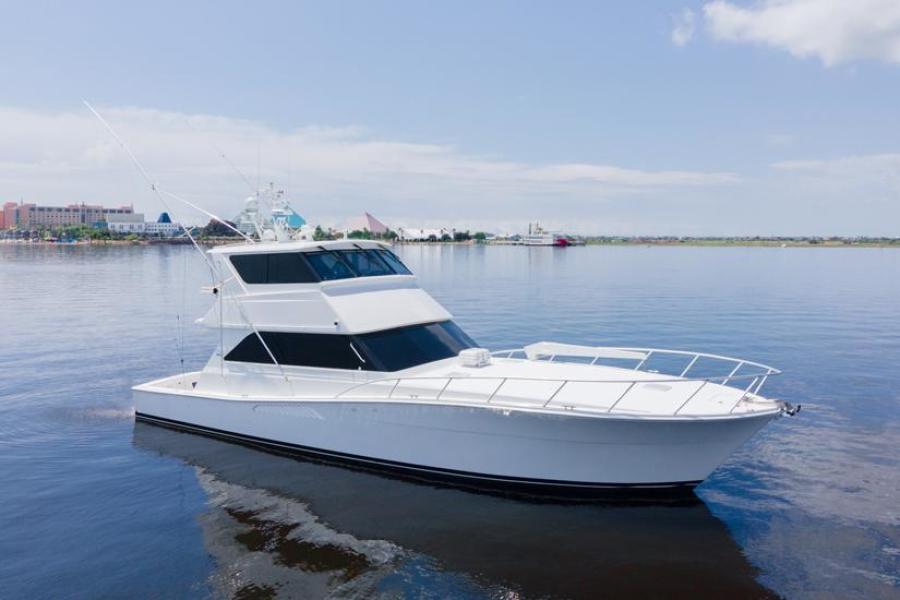 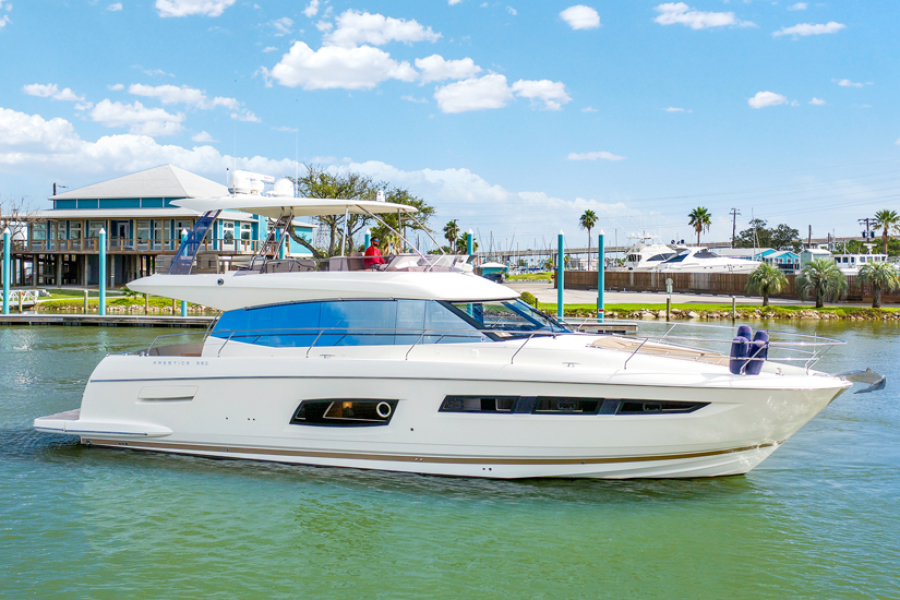 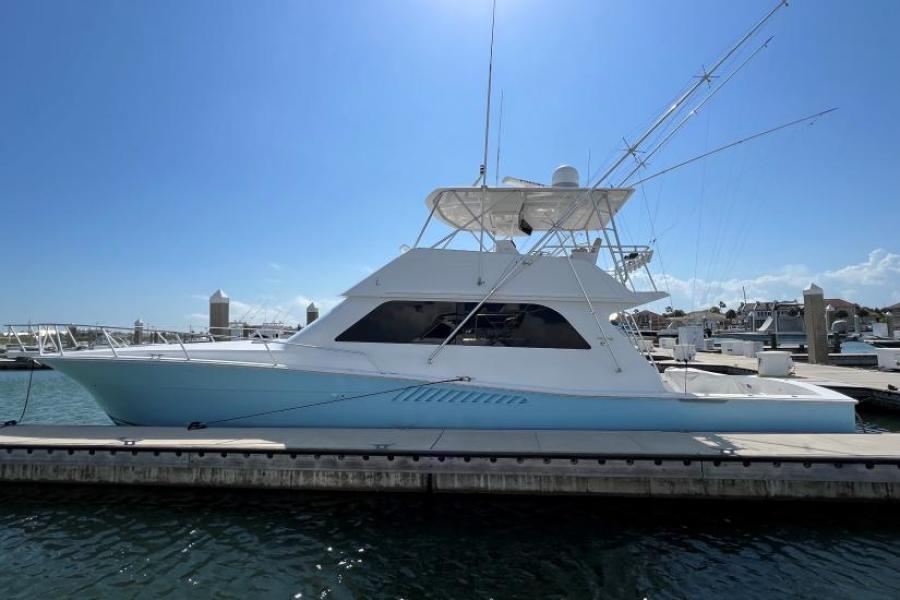 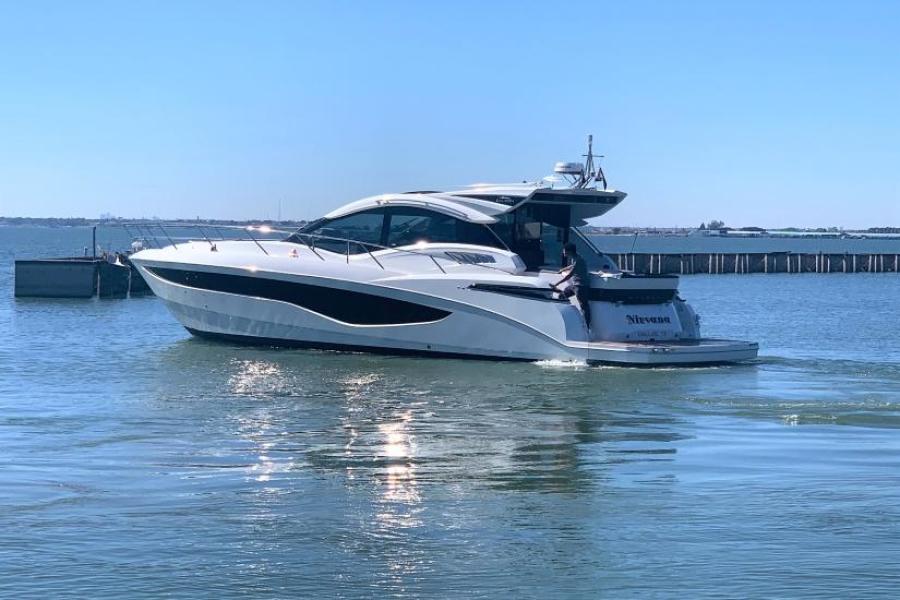 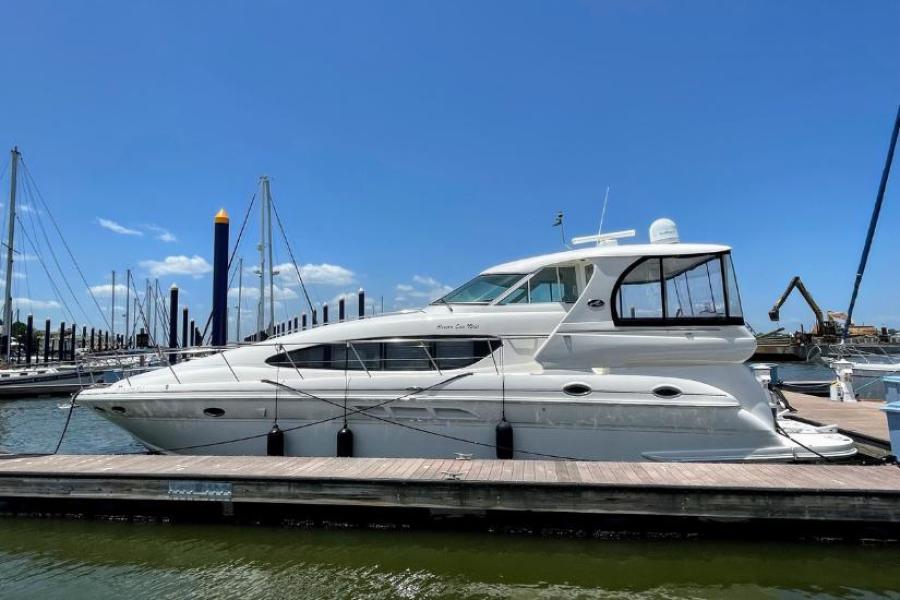 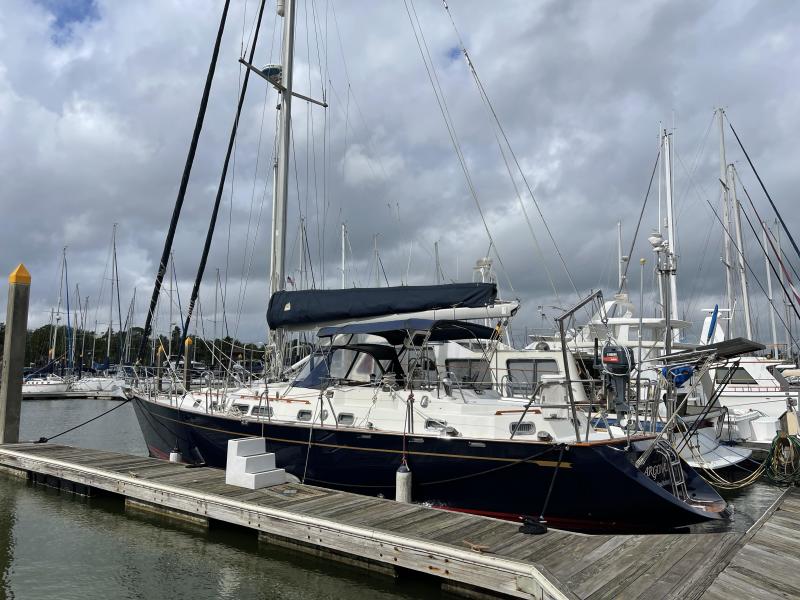 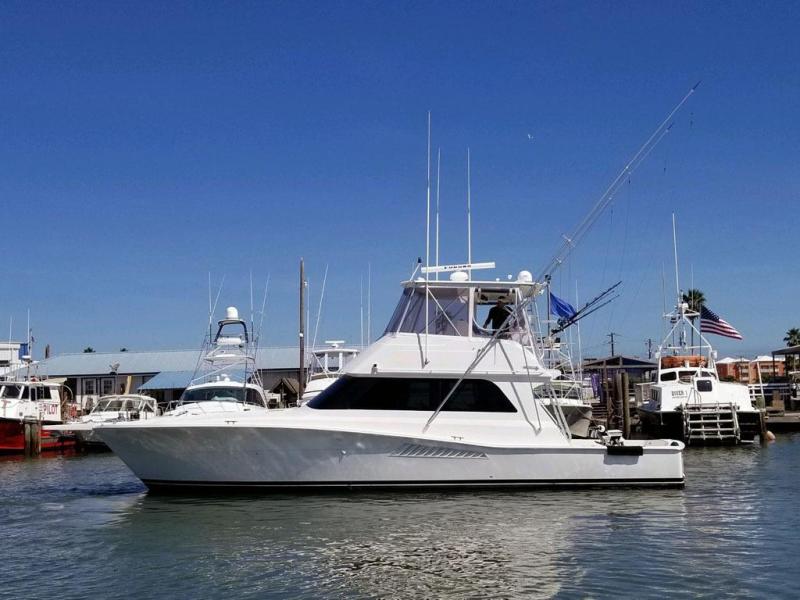 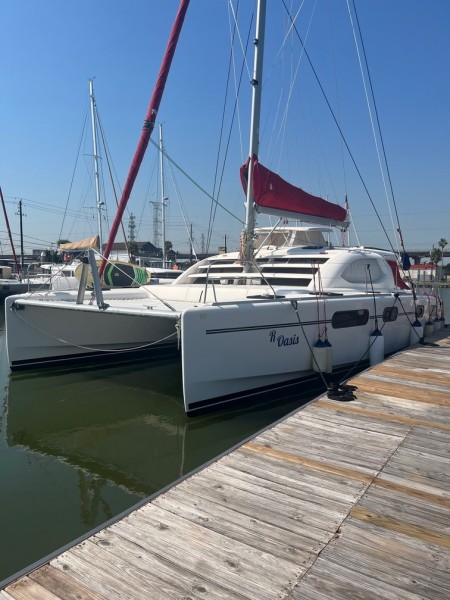 Kemah began as a 177-acre land grant from the Mexican government to early colonist, Michael Gouldrich in 1824. It was also “home” to the French pirate, Jean Lafitte in the early 1800s. After Gouldrich mysteriously disappeared, the property changed hands several times until it was acquired by the Kipp and Bradford families who established the town of Evergreen in 1898. The storm of 1900 demolished the town and residents were forced to evacuate but returned in 1901 to rebuild and renamed it Kemah. Bradford discovered a shell reef that extended from his property several hundred feet into the Bay and was 20-30 feet high in some spots, that was excavated and sold to the nearby Southern & Pacific railroad by the carload. Shell was used to build roadbeds back then.

Kemah’s population was about 400 and dropped down to 100 during the Great Depression. After WWII, during the late 1940s – early 1950s, Kemah was notorious for illegal, brazenly open round-the-clock casino gambling that had spread from Galveston. It was finally shut down by the Texas Attorney General and Texas Rangers, and tourism declined. After the Clear Creek Channel opened, a major commercial shrimp fishing fleet was established in Kemah in the 1950s, and the town still celebrates its shrimping port heritage annually in August with a Blessing of the Fleet.

Kemah is still a small town though its population has “swelled” to about 3,000 in this decade. With the development of the Kemah Boardwalk, the quaint waterfront town, with its proximity to Houston and Galveston, has become a premier attraction for Kemah residents and weekend destination for Houstonians, Texans, and beyond, including international visitors. Most of the towns historical landmarks have been destroyed in the periodic hurricanes that have hit the area. Only a few built in the early 1900s remain. The old Kemah Schoolhouse has been restored and relocated—it houses the Historical Society and is owned and operated by the city of Kemah. The 2-room schoolhouse was originally for 1st-6th grades during 1912-1949. The restoration was completed in 2007.

Landry’s Restaurant Inc. established the Kemah Boardwalk in the 1990s, bringing a surge in tourism that has increased along with the Boardwalk’s expansion over the decades, to become the premier Boardwalk attraction of the nation! It is now ranked as the top tourism attraction in the Greater Houston area. The Kemah Boardwalk is a 60-acre entertainment complex located 20-30 miles southeast of Downtown Houston. It began as a waterfront dining spot (Landry’s Restaurant) but developed into a weekend family destination and major attraction, built along the shoreline of Galveston Bay and Clear Lake. Kemah Boardwalk features “Food, Fun, Rides, and Music” for the whole family.

The Kemah Boardwalk Marina is a destination marina in a protected harbor at the beautiful 60-acre Kemah Boardwalk resort property with restaurants, hotels, shops, amusements, attractions, and entertainment just steps from the boat slips. The Clear Lake Recreational Area is known as the “Boating Capital” of Texas with the highest density of boats of any region in Texas. The marina has the 3rd largest recreational boat fleet in the nation and is conveniently located about 45 minutes southeast of Downtown Houston on Galveston Bay on the Gulf of Mexico and is a short drive from Houston and Galveston Island. Constructed in the late 1980s, it injected new economic life into Kemah, TX. Access to the marina is via the Houston Ship Channel from Galveston. The marina has 414 slips for vessels 20 ft to 115 ft and dockside water depth is 9 ft at MLW. Floating docks have 30, 50, and 100amp electric hookups. Other services and amenities include pump-out, oil recycling, restrooms/showers, laundry facility, ice, wireless internet, and more.

Portofino Harbour Marina is located on Clear Lake just ½ mile from Galveston Bay and is a Dockominium—slips can be purchased. Transient slips are available by reservation. The marina is walking distance to restaurants and the Kemah Boardwalk, grocery stores, and shopping. Fuel dock and full-service repair yard with travel lift is nearby. The floating concrete piers have 212 slips ranging from 40 ft to 55 ft. Dockside depth is 7 ft. Service includes water; 30 & 50amp electric is metered. Pet friendly. Amenities include a waterfront pool, poolside clubhouse with kitchen, BBQ grills, free internet, laundry facility, restrooms/showers, gated security, pump out, and ice. The Portofino Harbour Yacht Club, a private club for slip owners and tenants only, is a registered member of YCA (Yachting Club of America) sine 2009 and offers reciprocity with many YCA Yacht Clubs throughout the United States.

Located on Clear Lake, the NASA Johnson Space Center (established in 1970s) brought tourism back from its decline in 1950s and 60s, as pleasure boats began filling the lake. The 1700-acre Center is the research facility for NASA Mission Control and training facility for shuttle and space station astronauts. The nearby Space Center Houston opened in 1992 at 1601 E NASA Parkway as the Visitor Center for NASA Johnson Space Center and is a Smithsonian Affiliate. It is now a major tourist attraction offering the ultimate in edutainment, providing a close-up look at the US Space Program. Visitors are treated to tours of the NASA Johnson Space Center and the shuttle replica of Independence that sits on top of the historic NASA 905 shuttle carrier aircraft, which can also be toured. The Space Center has the largest collection of spacesuits and moon rocks in the world. The 250,000 sq ft educational complex has welcomed over 22 million since opening and annually attracts nearly 1.25 million visitors and is the #1 attraction for international visitors to the Houston area.