Yachts For Sale In Duxbury

Nicknamed “Deluxebury” the upscale seaside town of Duxbury is only 35 miles from Boston—about an hour’s drive southeast to enjoy a tranquil South Shore getaway of fresh ocean air! Duxbury Beach is a narrow 7.5-mile-long barrier beach of sand dunes and beach grass accessed by the Power Point Bridge, once listed in the Guinness Book of World Records as oldest and longest (half mile) wooden bridge. 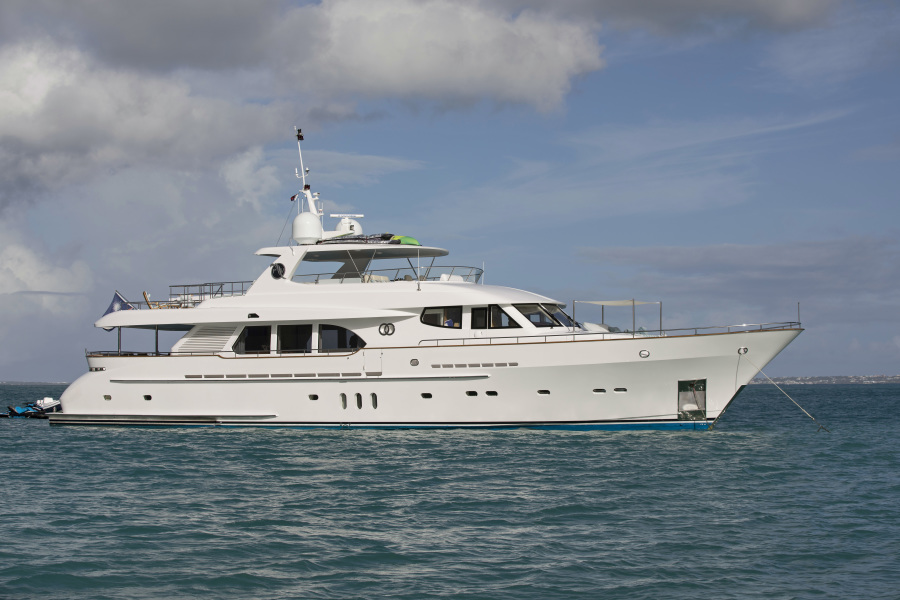 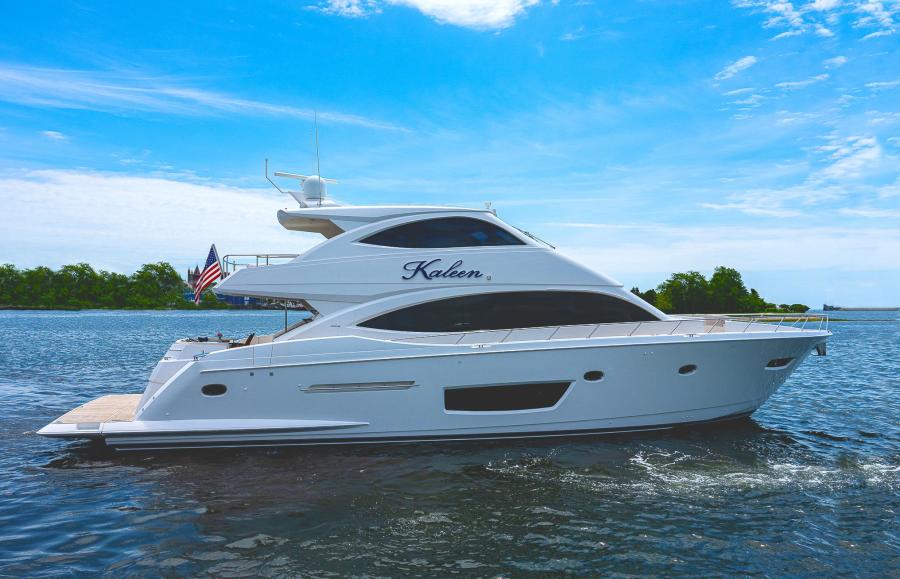 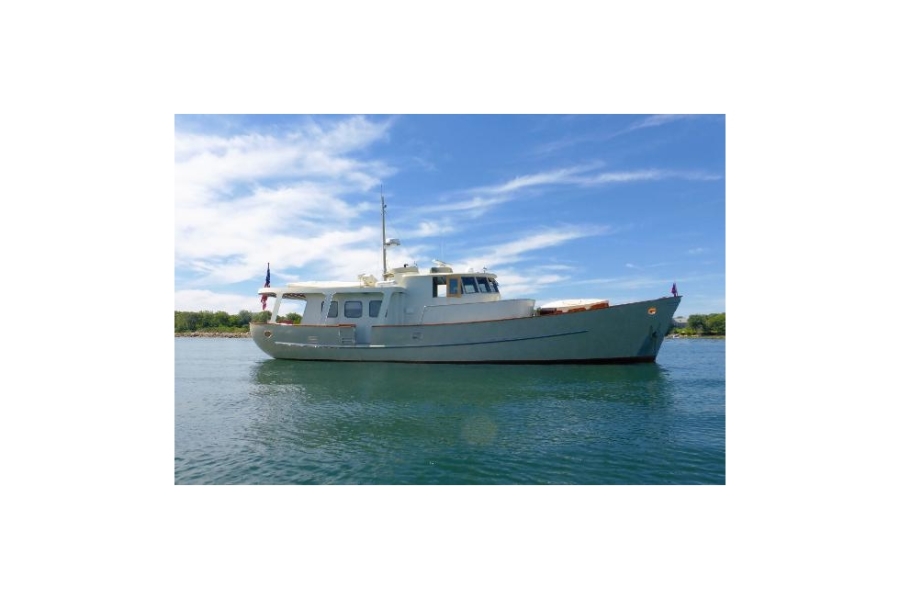 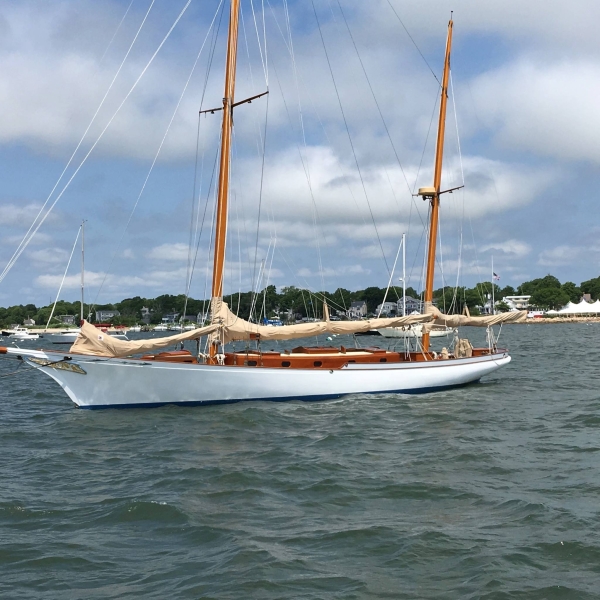 Duxbury was settled in 1624 by Pilgrims Captain Myles Standish and John Alden, who also had land grants in Plymouth. Named by Capt. Myles Standish after Duxbury Wood his hometown in England, Duxbury is the second Pilgrim town founded. John Alden’s house is now a museum. Duxbury was incorporated in 1637 as a separate residential community on Massachusetts’ South Shore, in Plymouth County. The town is bordered by Cape Cod Bay/Atlantic Ocean to east, Duxbury Bay, Kingston Bay and Plymouth to southeast, Kingston to southwest, Pembroke to west/northwest; Marshfield is to north. Duxbury’s natural features include dunes, salt marshes, swamps, streams, rivers, lakes and ponds, cranberry bogs, forests, fields, and farms.

There are 33 archeological sites in Duxbury according to the Massachusetts Historical Commission with evidence of pre-historic inhabitation by Wampanoag people whose trails were followed by the 17th century Colonists; some remain today as routes and streets. Other notable settlers were William Brewster the Elder, Thomas Pence, George Soule and others who are buried in the “Old Burying Grounds,” now the historical Myles Standish Cemetery, the oldest maintained cemetery in America!

During the 17th-18th centuries, Duxbury was a quiet farming and fishing community until the latter 18th century when it became an important shipbuilding center, bringing wealth and employment to the community. Ezra Weston I and son Ezra Weston II were both nicknamed “King Caesar” and known worldwide for their shipbuilding and as merchants. Father and son launched the largest merchant ship built in Massachusetts at that time, the schooner Hope. Ezra Weston II’s vast enterprise included the Weston Shipyards, wharfs, farms, sailcloth mill, ropewalk, fishing schooners, and a merchant fleet. During his lifetime he built 100 ships, becoming one of the largest shipbuilders in the US.

But that changed in the mid-19th century when faster clipper ships were developed, requiring deeper harbors, and Duxbury’s shipbuilding industry shifted to Boston Harbor. Many in Duxbury became captains of the new clipper ships.

Railway service was extended to Duxbury in 1871, allowing city dwellers to enjoy summers on Duxbury’s idyllic seashore. Inns, hotels, and rooming houses were built to accommodate the summer swell and became a major source of income for the town. Once summer vacationers built their own second homes, the hospitality revenue dwindled as supply outstripped demand, and the buildings became neglected. The Duxbury Rural & Historical Society was established in 1883 to beautify the town and began to conserve lands and preserve historically significant properties and documents to promote Duxbury’s singular foundational role in American history.

The Duxbury Historical Commission was founded in 1975 to further ensure preservation of historically significant properties and have them properly surveyed. The Bradford House, King Caesar House, Nathaniel Winsor Jr House, Drew Archival Library (1908 Wright Building), Cedarfield, and the Allen Boathouse are some examples of the many properties preserved by the Duxbury Historical Commission. The Federalist style King Caesar House (Ezra Weston II) passed through generations of heirs and subsequent owners until purchased and repaired by the Duxbury Rural & Historical Society who opened the House as a museum in 1967. The Bradford House is another example of the Federalist style, as is the elegant Nathaniel Winsor Jr House built by a Duxbury shipbuilding family; it is currently the Rural Society’s headquarters.

Very few of the original farms remain, except the O’Neil Farm which is the largest remaining dairy farm on the Massachusetts South Shore and offers educational guided tours. The 11-acre Island Creek Oyster Farm offers tours to see the oyster production cycle from hatchery to nursery to planting in the Bay. The Island Creek Oyster Farm features a Raw Bar for enjoying fresh oysters and a glass of wine on the waterfront patio; take a launch in for dock and dine! The Town of Duxbury has many notable, quaint specialty shops. Farfar’s Danish Ice Cream Shop features rich creamy ice cream from original family recipes. Snug Harbor Fish Company is the place for local sustainable seafood.

The Duxbury Yacht Club, founded in 1875, is one of the oldest yacht clubs in America. This private club, located on Massachusetts’ famed South Shore, offers its members and guests golf, tennis, paddleball, swimming, and sailing. Yachtsmen from other clubs are welcome to visit, but only 72 hours per season. Water, ice, and restrooms are available; no slips, moorage, showers or laundry facilities. Visitors are permitted a 30-minute tie-up for large boats or overnight tie-ups for up to 15-ft dinghy. The Yacht Club also has a launch service. Contact Duxbury Yacht Club prior to your visit.

Nearby is the 1803 Winsor House Inn and Restaurant, French Memories Bakery & Café, Snug Harbor Fish Company, Snug Harbor Wine, Bayside Marine (marine supply store), gas and diesel fuel is available close by. The Duxbury Yacht Club & Golf Course was founded in 1875, and is one of the oldest yacht clubs in the US, with six holes laid out in 1901. The golf course was expanded to 9 holes in the 1920s designed by Wayne Stiles. The course was redesigned and 9 holes were added by Geoff Cornish and Bill Robinson in 1969. Duxbury Yacht Club & Golf Course is a private club for members and guests only.

The Duxbury Town Pier and Duxbury Harbor moorings are administered by the Duxbury Harbormaster. The harbor and pier are protected by the 7-mile Duxbury Beach which is a barrier to the Bay. The crowded mooring field fills Snug Harbor with 150 total moorings. Apply online with Harbormaster via the Duxbury Police Dept website. Vessel maximum length is 65 ft. Launch service is available and there is a tender float. Free pump-out at the Town Pier (30 min. maximum time at pier), or a pump-out service boat is available. There is an onsite picnic area. Inner basin moorings are for vessels up to 45 ft; one mile out—Two Rock Channel moorings for vessels up to 80 ft. Five transient moorings are available; transients must register with Harbormaster before picking up a mooring. The daily launch fee is $10. Seasonal (Memorial Day to Columbus Day) and Off-Season fees for guest moorings are $30 and $15 respectively. Moorings are inspected regularly by authorized Mooring Services.

Long Point Marine is an Authorized Mooring Service and full-service boatyard since 1967. Located on the Snug Harbor waterfront, Long Point serves private and commercial boat owners. Long Point is authorized by Town of Duxbury Harbormaster to service moorings on Duxbury Bay. Moorings are inspected every season. Anchorages serviced include the Basin, Two Rock Channel, Howland’s Landing, Clark’s Island, and moorings on the Flats.

Bayside Marine Corp. is a full-service boatyard owned and operated by the Jack Kent family for 3 generations, since 1949. Bayside Marine is located on Snug Harbor in Duxbury adjacent to the Town Pier and offers fuel service (gas and diesel) and a marine supply store. It is also an Authorized Mooring Service boatyard.