Yachts For Sale In Key Largo

The Ocean Reef Club is a private club community located on 2,500 acres on the northern tip of Key Largo. This super-affluent community is a self-contained real estate market (with its own MLS) of 1,700 properties that are 50% condominiums, ranging from $550,000 to $5million and 50% single family homes ranging from $1.5million to $19million (or more) and its own pre-K to 8 school. The Ocean Reef Club features amenities such as a world-class marina, championship golf, private airport, fine dining, Medical Center, shopping, spa and recreational facilities, and much more.

United Yacht Sales can help you find the right yachts for sale in Florida for your needs. Give us a call today at 1-772-463-3131 about purchasing a new boat or listing your current yacht on the brokerage market. We have experst that specialize in selling and purchasing boats for customers in the Ocean Reef Club or around Key Largo, Florida. 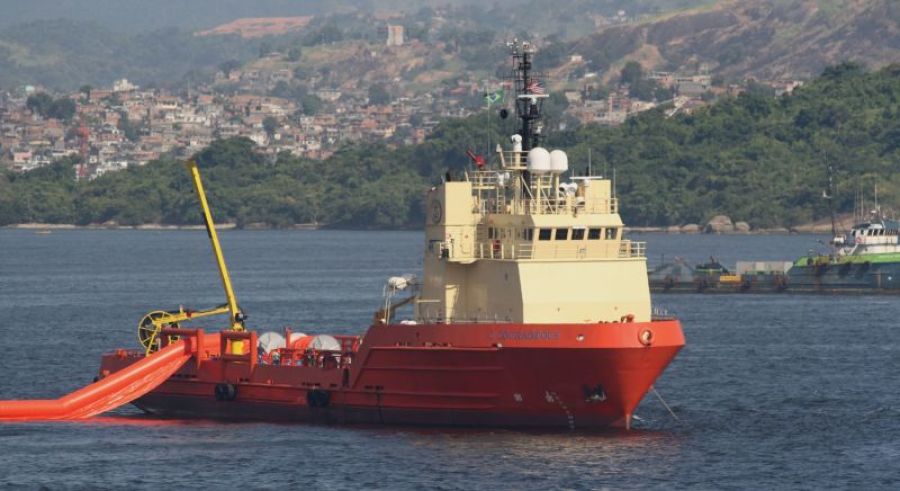 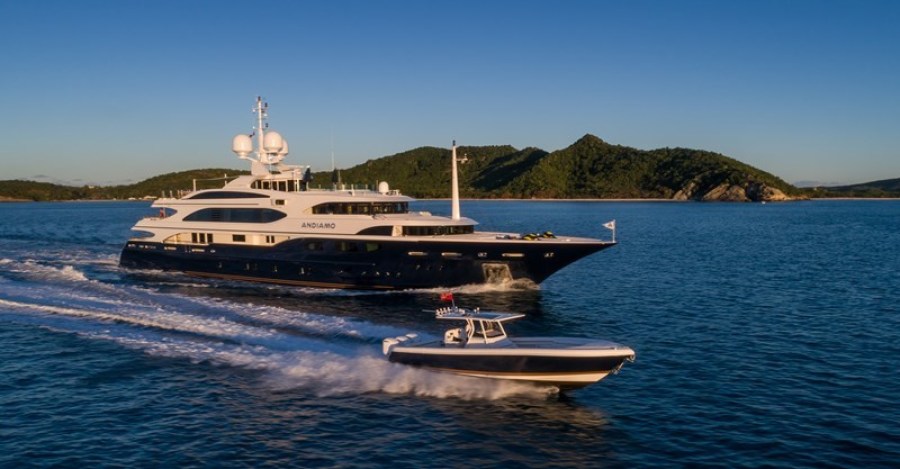 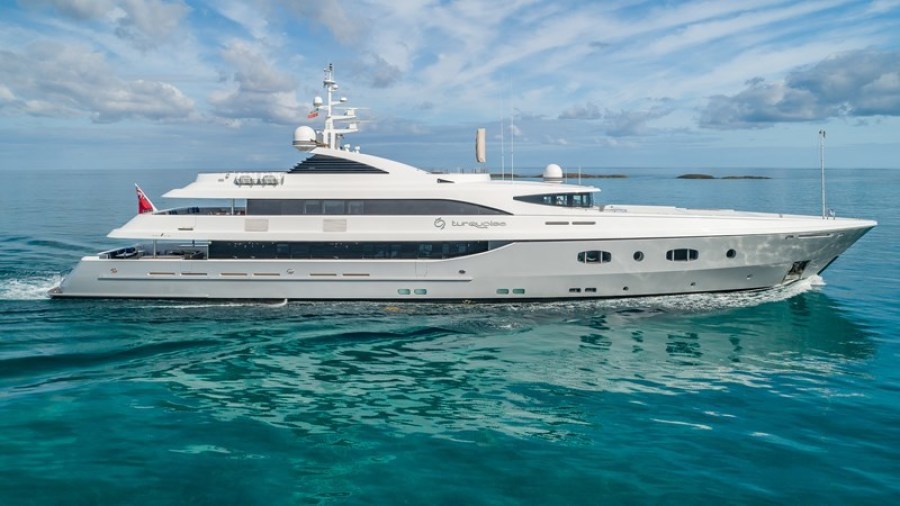 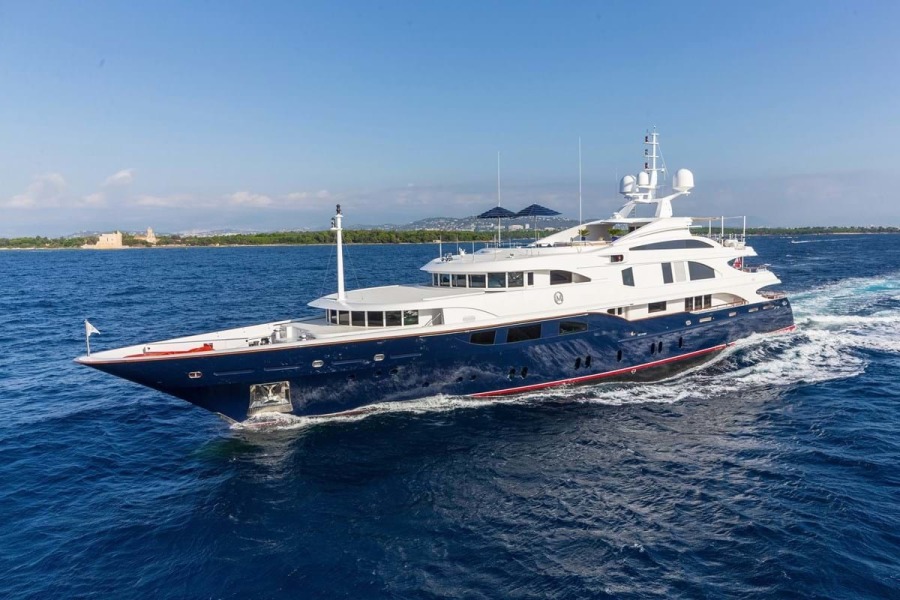 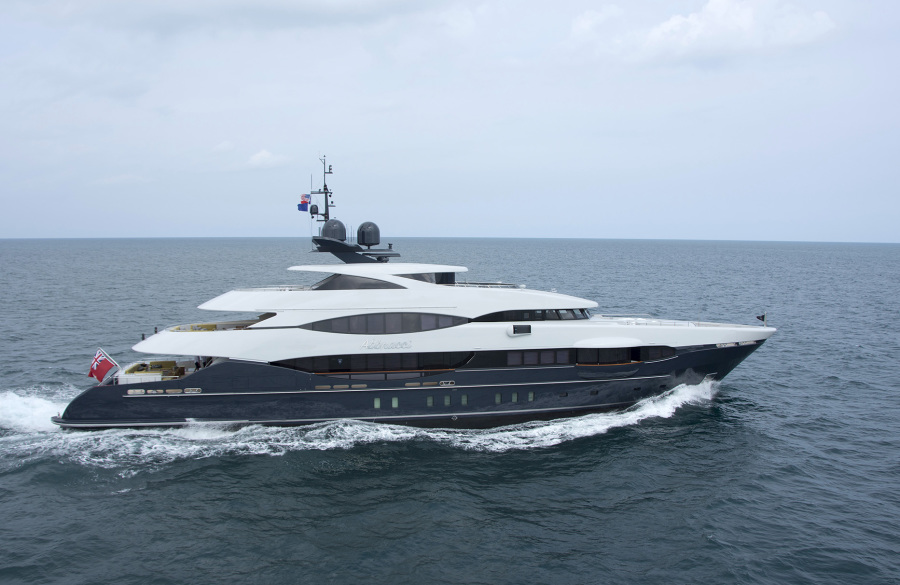 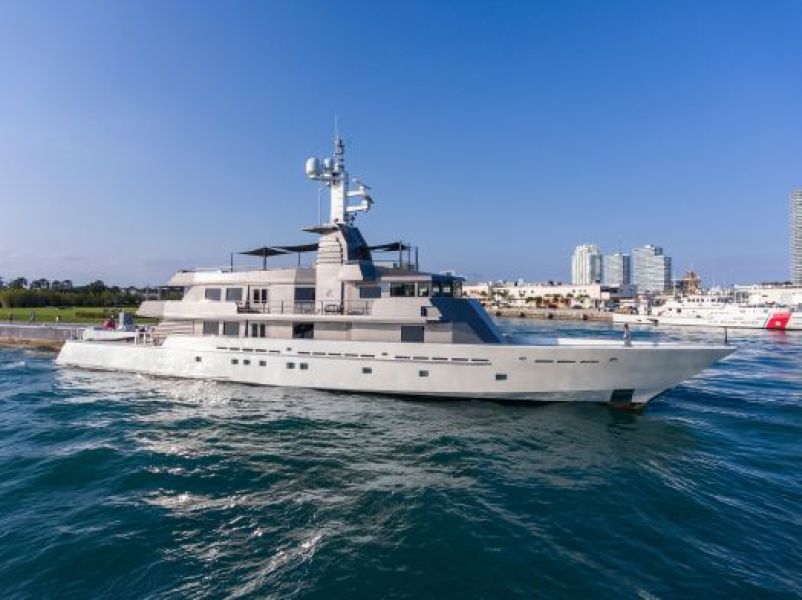 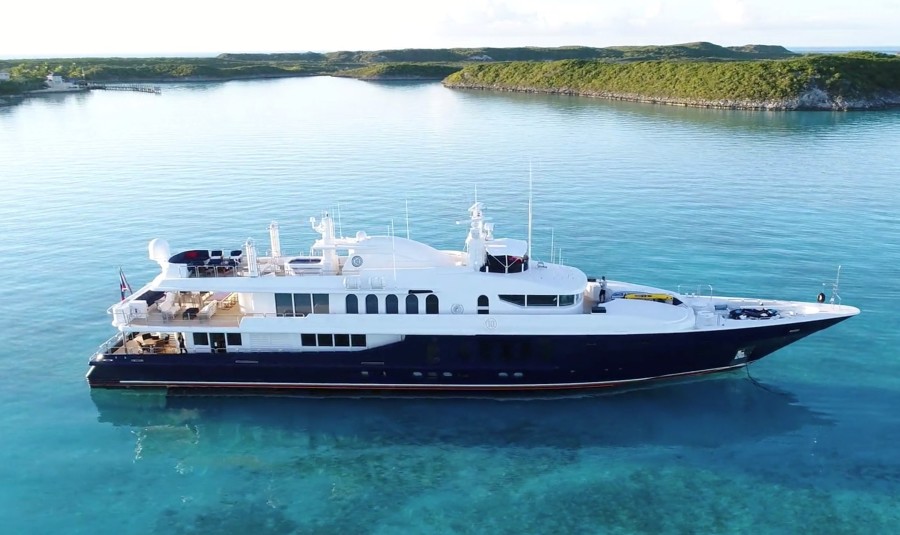 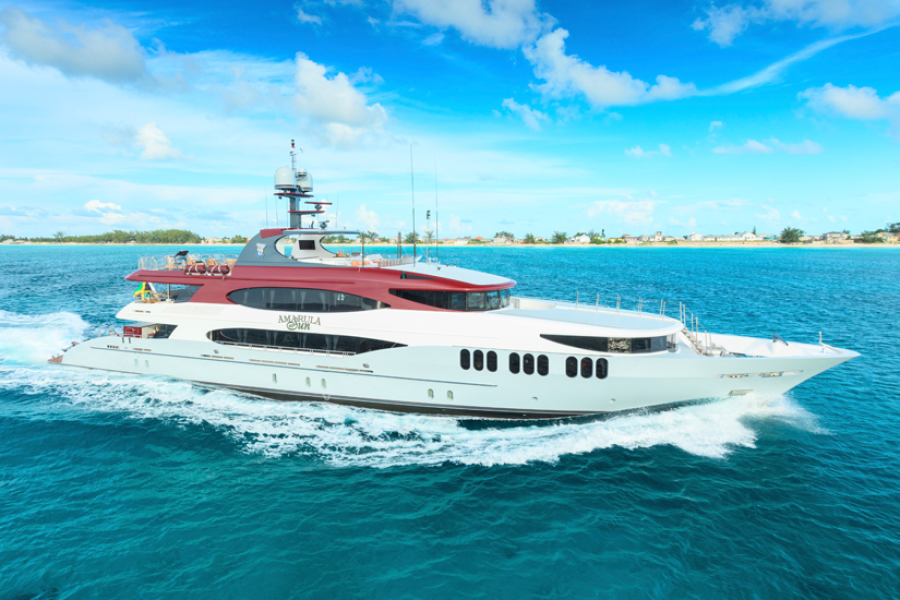 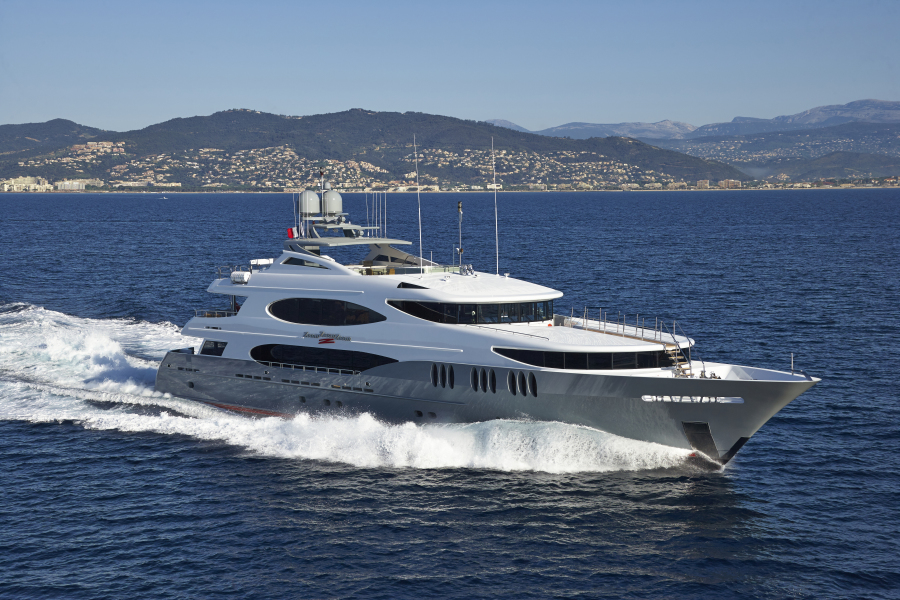 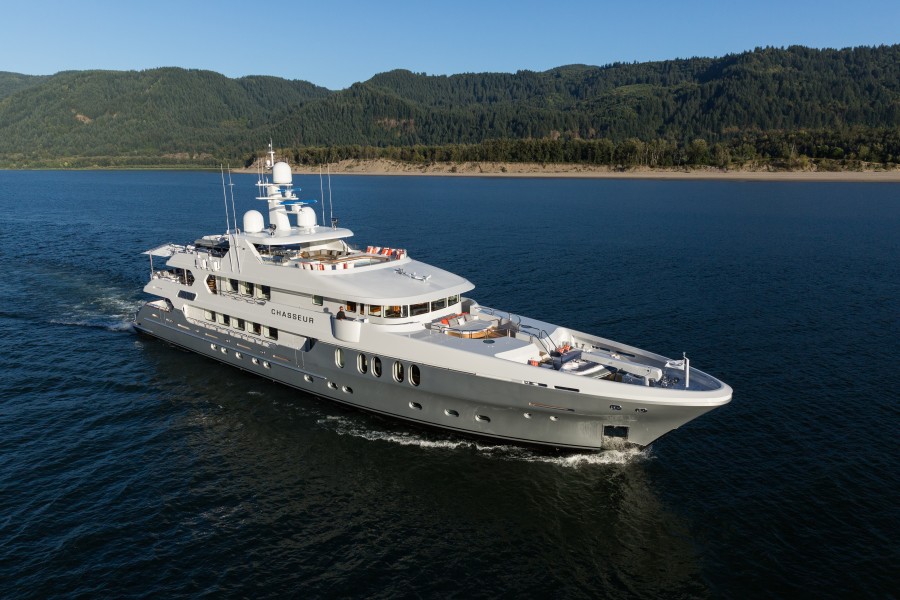 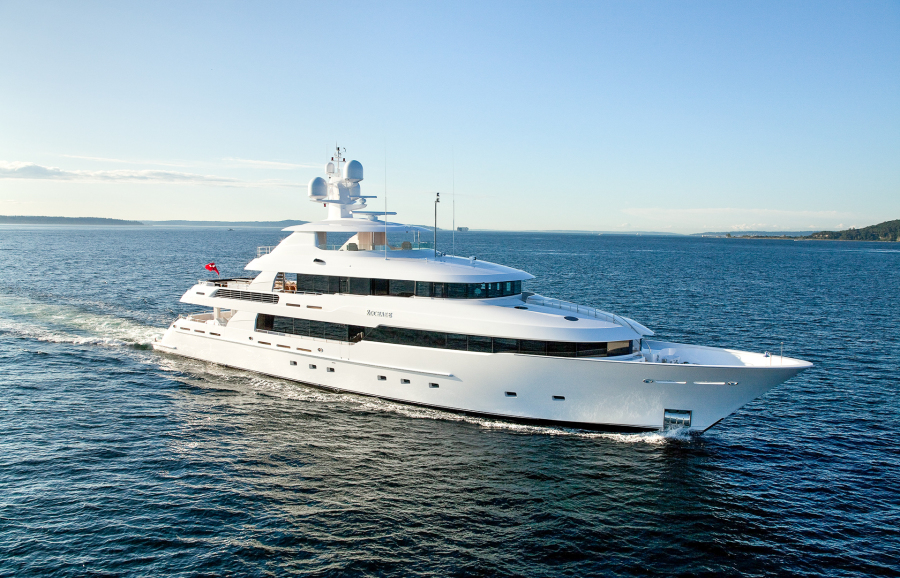 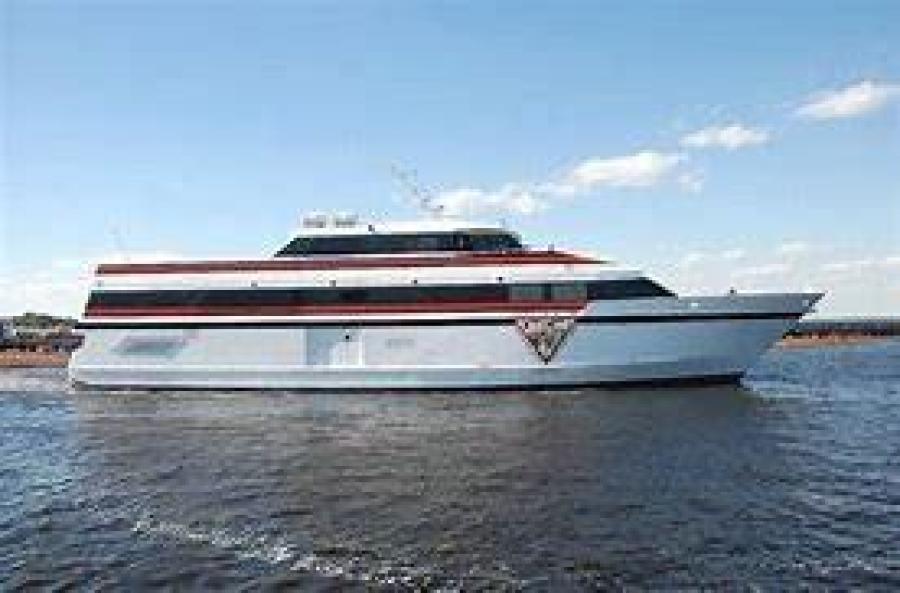 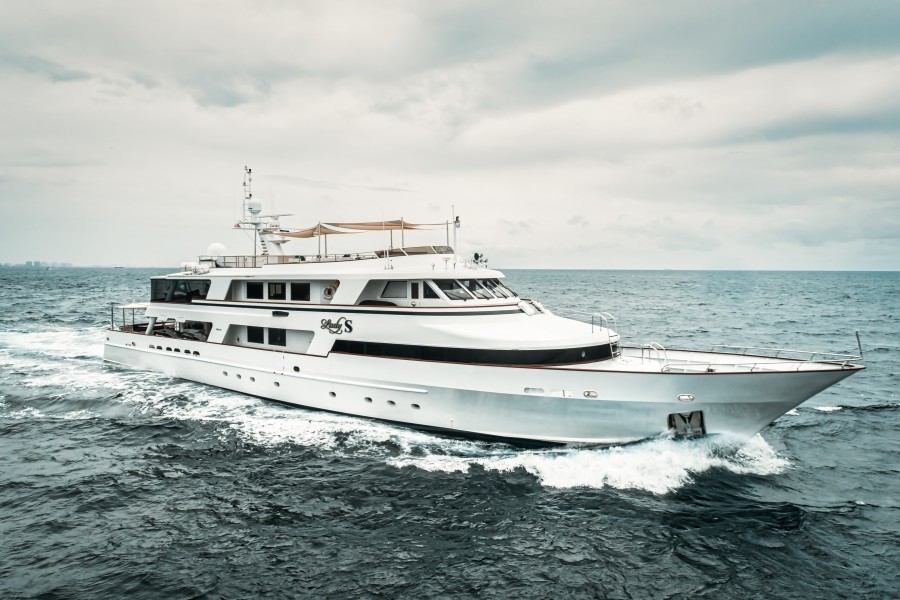 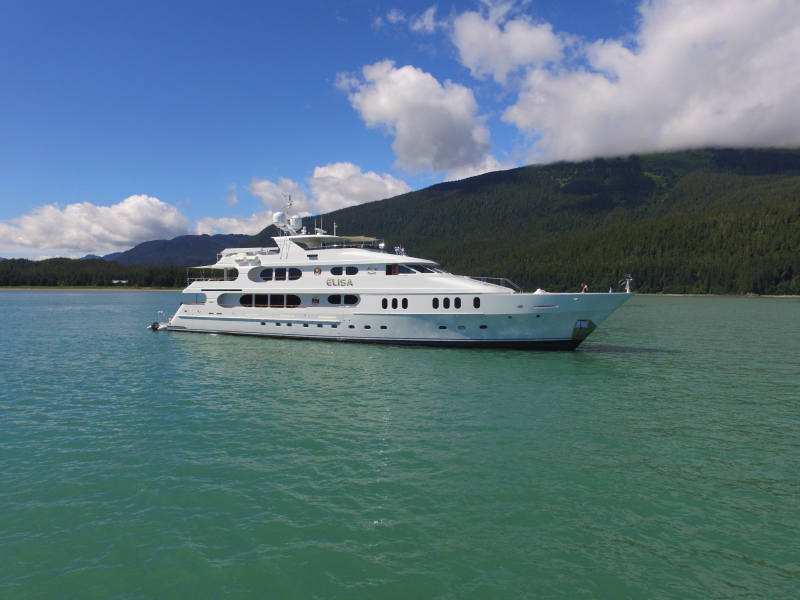 The first 9-hole golf course opened in 1955; today there are two championship 18-hole courses (rarely found in the Keys), that are distinctly different. Both have great views and provide enjoyable challenges to all levels of players. The Dolphin Course is an island golf course with expansive fairways, exotic tropical landscaping, and water hazards. The Hammocks Course is partially set in a wildlife sanctuary of mangroves and tropical hardwood hammocks. Scenic fairways wind through hammocks and water hazards for a challenging course.

Buccaneer Island is the center of aquatic recreational activities with two swimming pools, beach, aquatic sports, a watercraft rental fleet—sailboats, kayaks, windsurfers, paddleboards (SUPs), and more for fun on the ocean or enclosed beachfront lagoon. SCUBA diving and snorkeling trips are available to the nearby Great Florida Reef—the only living coral barrier reef in the continental United States. Eco-Kayak and SUP Tours launch from Buccaneer Island to paddle through mangroves, bird rookeries, and crystal-clear water.
Ocean Reef Club’s private Marina offers 175 slips on Unifloat® concrete docks for vessels up to 175ft constructed by Bellingham-Marine in 2011.

North Key Largo with its proximity to Miami (especially by water) has had an interesting history. Early settlements in the 1800s were very sparse and meager records exist to corroborate land ownership and settlers’ activities. One of the first land purchases in North Key Largo was by Samuel S. Lowe, who homesteaded 900 acres to farm pineapples, which evidently was the crop of the late 1800s in the upper Keys. It was estimated that 85% of pineapples in the U.S. came from Key Largo.

Another Lowe bought land in the late 1800s, Bahamian Thomas Lowe Sr, who grew pumpkins, melons, and kept bees. It is surmised that Pumpkin Island got its name from Tom Lowe’s pumpkins, grown on the island to avoid rodents. Flagler’s railroad to Miami in 1896 brought an influx of new settlers and speculators to the area and the early North Key Largo farmers were surrounded by privately owned land purchased by speculators. Land changed hands frequently in the early 20th century. The Card Sound Road with a wooden swing bridge was built in 1927 making road traffic easier to northern Key Largo and in 1928, State Road 4A was completed for automotive traffic via the new State Road and two ferries all the way to Key West. Most of the land was deeded at the time of WWI, but not significantly developed; mostly farms growing pineapples and Key limes. W.A. Scott of Fargo, ND built a splendid 2-story coral rock house and farmed his land until 1932.

A remnant of the house was incorporated into the Clubhouse of the Key Largo Anglers Club. Scott’s property had changed hands many times prior to his ownership, and in 1932 it was sold to the Roney Investment Company, aka Florida Year Round Club, that also owned The Biltmore Hotel in Coral Gables and the Roney Plaza at Miami Beach. The property was developed into an early exclusive resort with guest cottages. Guests were transported by Aerocar, an early type of shuttle bus that was towed by car, and for the wealthiest guests, a faster “high tech” mode of transport was utilized; “Auto Gyro,” a cross between airplane and helicopter that was considered a status symbol at that time. The Anglers Club was sold in 1936 and closed during WWII years (1939—1945). Several U.S. Presidents enjoyed fishing the Keys, especially President Hoover who fished with The Angler Club guide, Calvin Albury from 1948-1955, and became one of the first members to join the Club in 1957 when The Anglers Club was owned and operated by Clint Campbell and wife. Former President Hoover, who stayed in the Dashiell Hammett Cottage (Hoover Cottage) was made Honorary Lifetime Commodore, until his passing in 1964. The Anglers Club eventually transitioned to an equity member-owned private club.

Northwest of The Anglers Club on the oceanside of North Key Largo, Flo and Seymour Robinson were caretakers of the Despatch Creek Fishing Camp in 1942, accessed by a muddy road leading from The Anglers Club. They later moved to Key West for their daughter’s schooling and their home eventually became the fish camp and small lodge owned by Morris Baker, a Real Estate Developer from Minnesota and his wife, Alice. They had intended to buy The Anglers Club, which was not available then, so they acquired 40 acres at the mouth of Despatch Creek and first visited the property in 1946. By the end of the 1950s they increased their land ownership to 1,300 acres that later developed into Ocean Reef Club, one of the wealthiest private property developments in the United States. The visionary Bakers had channels dredged, docks built, land filled, roads built, and added an inn with coffee shop, gas station, and water tower. The airport with 2000-ft landing strip opened in 1956 making the property accessible by land, sea, and air. After Morris Baker’s death in 1959, his sons William and Roger continued the planned development of the property with the construction of recreational facilities, golf courses, country clubs, and homes. 300 home sites were offered for sale in October 1959. An early version of the “Boatel” was introduced as small prefab luxury cottages were transported in and installed along select waterways where boat owners could keep their boats and live in the rented cottages.

In 1969, ownership of the development was transferred to Harper Sibley Jr and partner Morris Burke, official founders of The Ocean Reef Club. Additional amenities were added, including a full-time medical facility. Improvements were financed by American Financial Corporation. Then in 1985, Members began discussion of acquisition with American Financial. They formed an Acquisitions Committee and were finally successful in negotiating the sale in 1993 to the individual property owners association—Ocean Reef Club Association (ORCA).

Improvements in infrastructure after WWII led to rapid growth and development in the Upper Keys causing major concern for the fragile Keys ecosystems. Federal laws were enacted in the mid-1960s to protect endangered species and air quality. In 1970, the US Environmental Protection Agency (EPA) was established and in 1972, the Clean Water Act was passed. With rampant dredging and land filling throughout the Keys, an unsuccessful attempt was made to legislate development at State level with the “Area of Critical State Concern” designation which was later ruled unconstitutional by the State Supreme Court.

Although many concerned residents tried to slow or halt proposed major development projects, in the end, the lender pulled the plug on a developer’s overextended loan and that ended it in North Key Largo. The Federal government and State of Florida have been buying up tracts of land on both sides of CR905, the main north-south road in North Key Largo, for conservation. Some former properties’ structures were allowed to revert to their natural state, such as the Crocodile Lake National Wildlife Refuge, home to Florida Crocodiles. The historical Ocean Reef Club and The Anglers Club continue to thrive as exclusive, private gated communities on the remote northern tip of Key Largo.

Among the many amenities of Ocean Reef Club, are the excellent dining choices with a dozen restaurants and lounges offering views of the ocean, marina, and golf course. Raw Bar features the freshest oysters, clams, seasonal stone crabs, shrimp, and fish harvested from local waters. A Maine Lobster Bake is offered on Thursdays during winter season. Town Hall Waterside features dining under an open-air tent or under the stars. Beach Grill offers “family” favorites and a selection of cocktails on Buccaneer Island. Members and guests can enjoy lunch at the beach—no need to leave. Reef Treats serves ice cream and other sweet treats plus coffee, breakfast, and lunch items.

The Rum Runner is a golf cart tricked out to serve cold beverages and cocktails, light lunch items, and snacks directly on the Hammock Course. Members only, CH Prime restaurant is currently closed for renovations. The Reef Lounge, also closed for renovation, had its historic beginnings at Ocean Reef as a traditional favorite gathering spot with great views of Buccaneer Island. The Cooking School at Carysfort Kitchen features hands-on classes, culinary events, and specialty dinners with culinary superstars as well as Ocean Reef’s own acclaimed chefs. Able to seat 10 to 100 guests, the world-class kitchen and entertaining venue is available for private parties, business functions, bridal functions, and other events for chef demos and hands-on cooking classes.

Tennis & Games Center has two locations with 12 courts each; 6 are lit for evening play. The Center includes a tennis pro shop and USTA professional teaching staff. Pickleball is played on a court the size of a badminton doubles court—6 courts are available. There is a full-size grass Croquet court for recreational or competitive play. Traditional white attire is required. The Center also features a Card & Game room for weekly bridge games plus canasta, mah jongg, and poker. Private events and lessons are available.

Ocean Reef Club’s 30,000 sq ft of meeting and event space is available for conference, meeting, and incentive (team building events) guests to experience the exclusive Ocean Reef lifestyle. Otherwise, Ocean Reef Club is not open to the public and can only be visited as a Member or guest of a Member.