Whether you own a Sea Ray or just follow the marine industry, the news that Brunswick Corporation discontinued production of both Sea Ray Yachts and Meridian Yachts was certainly a shock to everyone. Sea Ray has, of course, been a cornerstone of every major boat show for decade and considered the most well-known boat brand in America. In the early Sea Ray days of the 1970's and 80's, the boats  were not particularly well-built compared to the same luxury-level models of similar size and style. But at the price point they were offered, it became a more affordable boating option to middle-class America. Thousands of Sea Rays of all different sizes were sold during this time. Moving to the 1990's, Brunswick's ownership of Sea Ray allowed the brand to flourish and quality improved significantly. Although never really considered a high-quality luxury yacht, Sea Ray re-vamped their styling, design, and overall performance while maintaining a competitive price. With excellent marketing and an aggressive distribution channel, Sea Ray flourished in the mid-to-late 1990's into the early 2000's consistently out-selling competitive brands in their class like Carver, Regal Boats, and others. Then came the Great Recession in 2008 which decimated the marine industry by more than 60%. No one was spared from the struggle during this time, not even Sea Ray or its dealer network, which resulted in layoffs, a re-distribution of talented boat building workers, and little investment in new technology. At last the economy improved, the industry began thriving again, and Sea Ray began producing new models for a few, short years.

During the economic downturn and through the recovery, the direction of Sea Ray's once successful business model suddenly changed. Instead of focusing on particular price points, Sea Rays got bigger and more loaded down with electronics, options, and larger engines. They also got more expensive. Could Sea Ray move their once budget-cautious buyer up in price to the point that they would pay well over $2 million for a 60' yacht? Additionally during this time, it's the opinion of many in the industry that Sea Ray was plagued with quality issues, problems with fit and finish, dated designs, as well as strong competition from other well-run boat builders.

While all of us outside of the Sea Ray business can only speculate as to everything that happened internally at Brunswick, the new business model did not seemingly go well as Brunswick decided to list Sea Ray as a "fire sale" in 2017. In an article announcing the sale on Trade Only Today, it was said, "Brunswick has been strategically focused on reducing the cyclical nature of its operations since the recession, when it recorded a 70 percent loss and saw its boat group stay in the red for several years. Its strategy has included investments in parts and accessories acquisitions — a low-margin but largely recession-proof part of the business. Freeing up cash with the Sea Ray sale is expected to help the company invest in mergers and acquisitions, as well as close pension gaps." Even though the business was offered publicly with hints of a bargain price, no buyer would come forward. This led to Brunswick's decision to keep the brand and discontinue offering the yacht line.

As of September, 2018 there are currently over 1,200 pre-owned Sea Ray yachts over 40' available for sale on the MLS. Just under 1,000 of those used Sea Rays are in the United States. So what prediction do we have on what this does for the market? Sea Ray dealers will certainly miss the model lines, although MarineMax is likely well suited to survive with Azimut and Galeon to fall back on somewhat. A boat builder out there may eventually buy the models and the name and take a run at re-launching a similar product. But current Sea Ray owners are likely concerned about the value of their boat with Sea Ray's decision. In the past, boat owners saw the value of their yachts decline when the manufacturer went out of business. Our prediction is that this is probably not the case and most Sea Rays on the market will continue to hold their value. Of course, the new boat depreciation will still apply, but once resale values settle down in a few years, Sea Ray boats should continue to do well on the brokerage market.

As mentioned there are well over a thousand used Sea Rays on the market today, many of them in Florida. Here's a sampling of several used Sea Ray Yachts currently for sale.

This particular Sea Ray L650 has the four-stateroom layout that includes a master suite, VIP stateroom, and two guest rooms with twin beds. This particular used Sea Ray is powered with CAT C-18 engines as well as equipped with twin Seakeeper Gyro stabilizers. 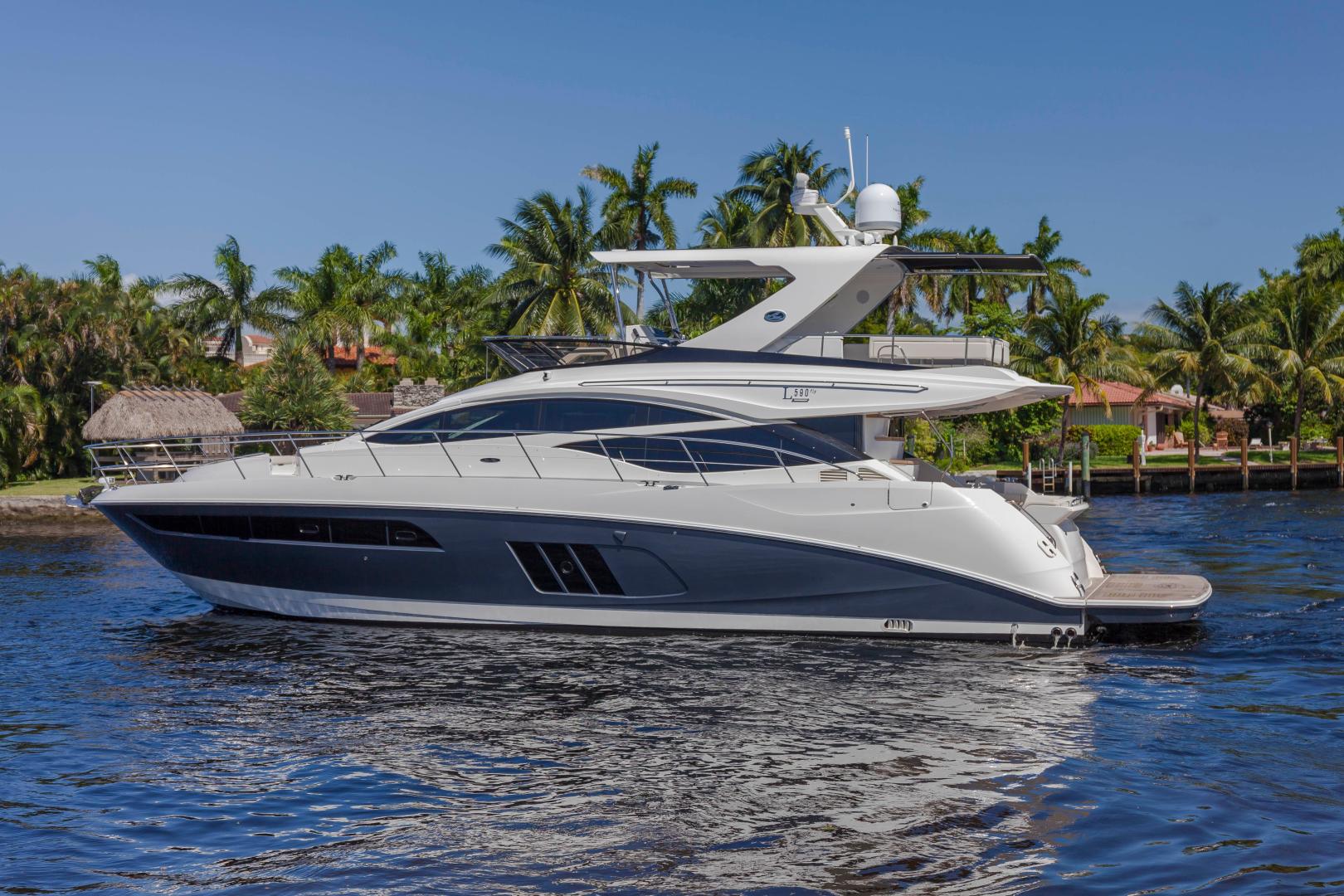 This particular Sea Ray L590 is a smaller model than the one listed above but a year newer and almost $300,000 more expensive. One difference in this particular boat from the previous model is the engine choice. This L590 comes with Cummins Zeus 600 QSC 8.3L engines as well as the Sky-Hook feature, joystick docking, and again, the Seakeeper Gyro Stabilizers. 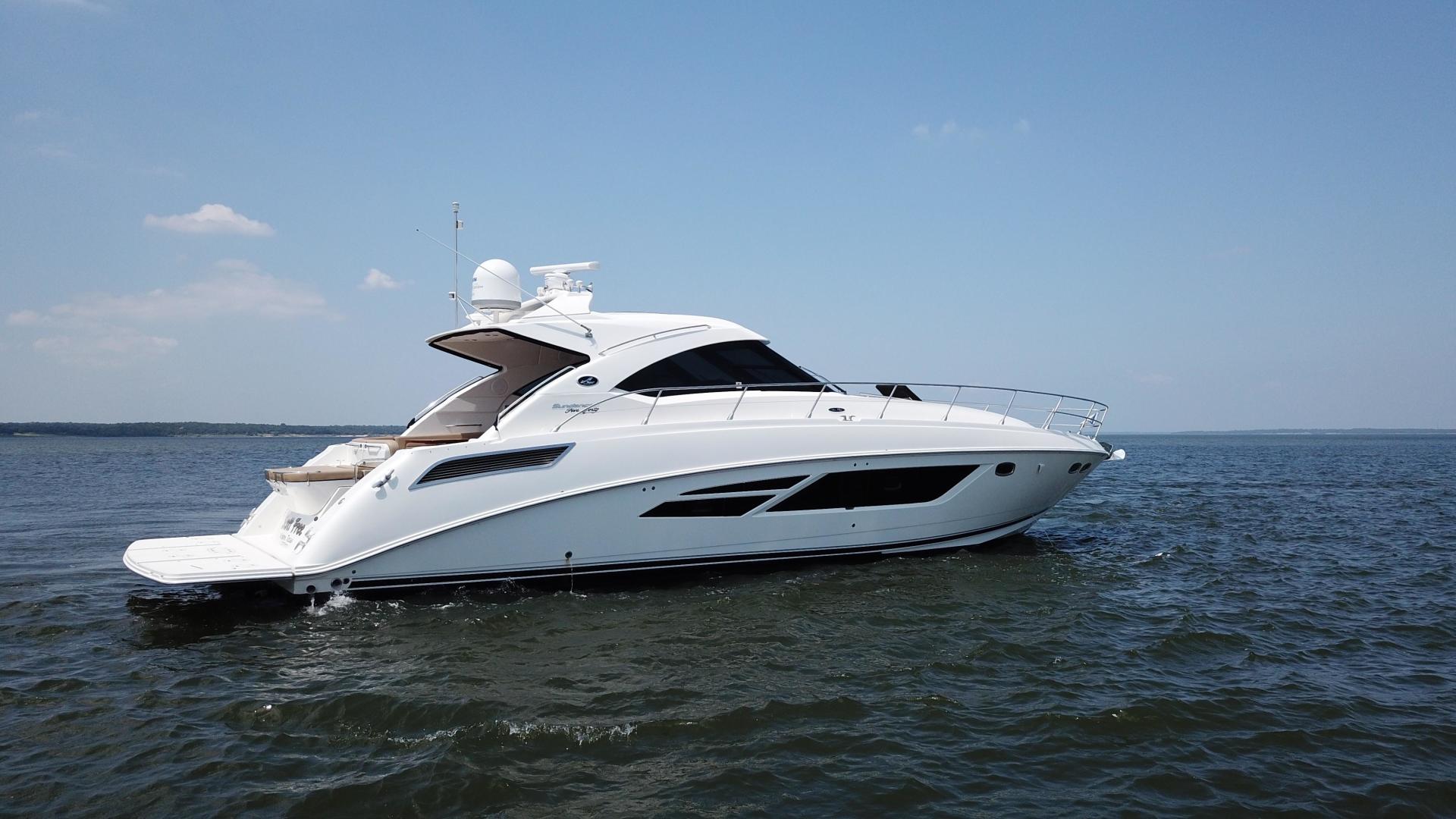 Moving down an additional 5 feet while also going just one year older, the price drops significantly to just over $1 million for this Sea Ray 540 Sundancer. The Sundancers are also a different model line than the L-Class which appeals to the higher-end buyer at the Sea Ray spectrum. This particular Sea Ray 540 has a 2-stateroom, 2-head layout and is powered by twin Cummins Zeus 600 QSC T3 engines. 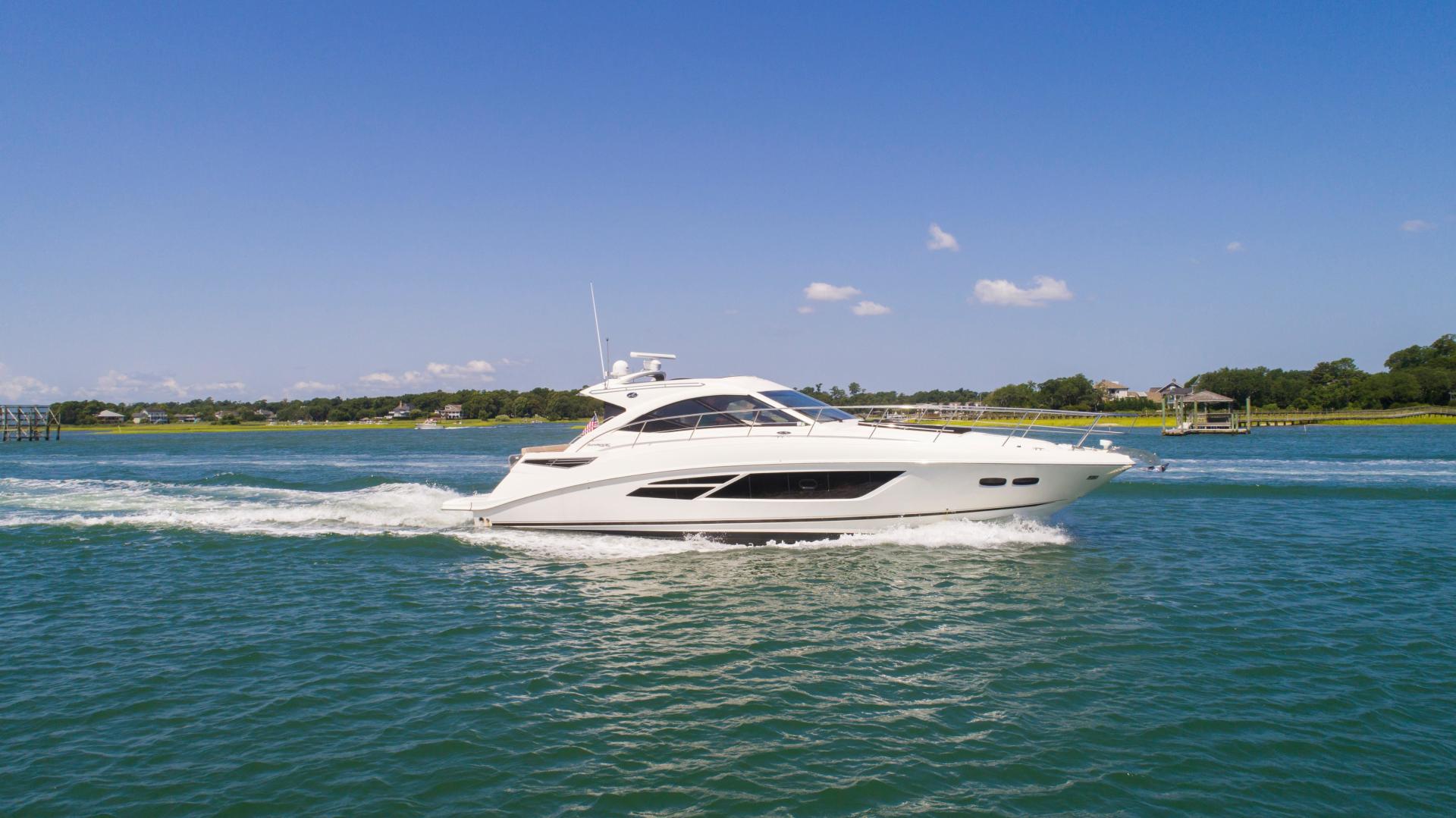 As you can see, even dropping from a 540 to a 510 Sundancer doesn't change the price a considerable amount. While the future of Sea Ray is unknown, there doesn't seem to be much fluctuation in the market value of quality, late-model pre-owned Sea Ray currently on the market. If you'd like to learn more about why you should list your pre-owned Sea Ray yacht for sale with United, please visit our Why List page. There is no larger network of boat buyers and sellers in the industry than at United Yacht Sales. 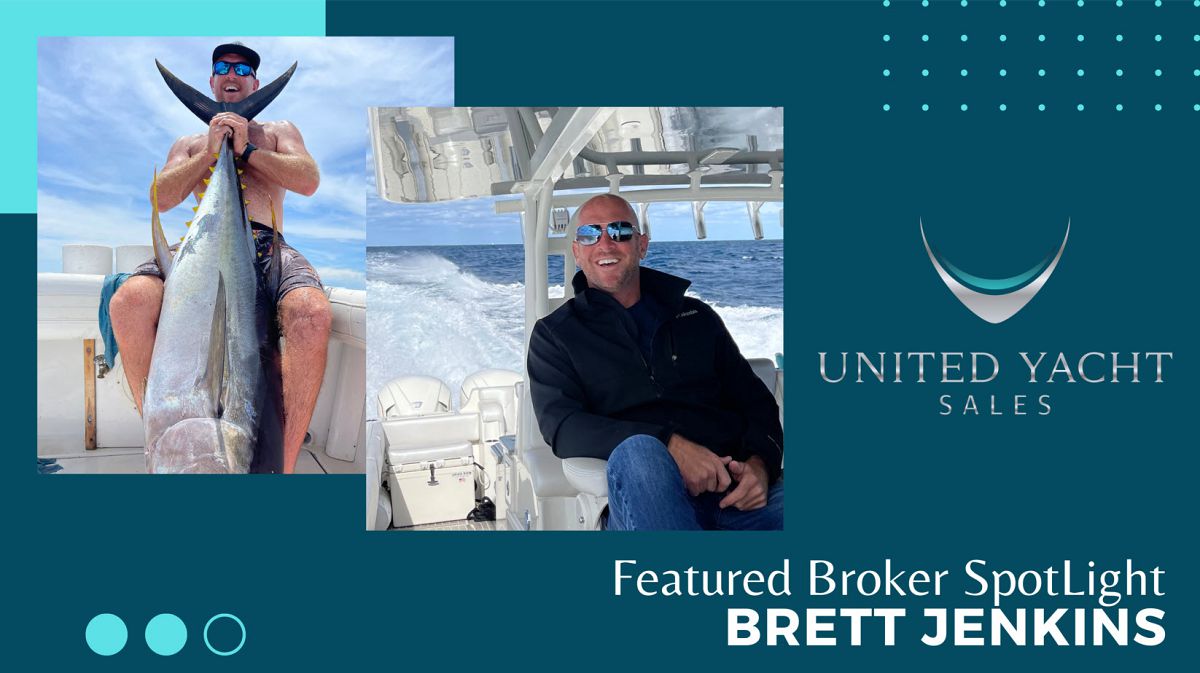 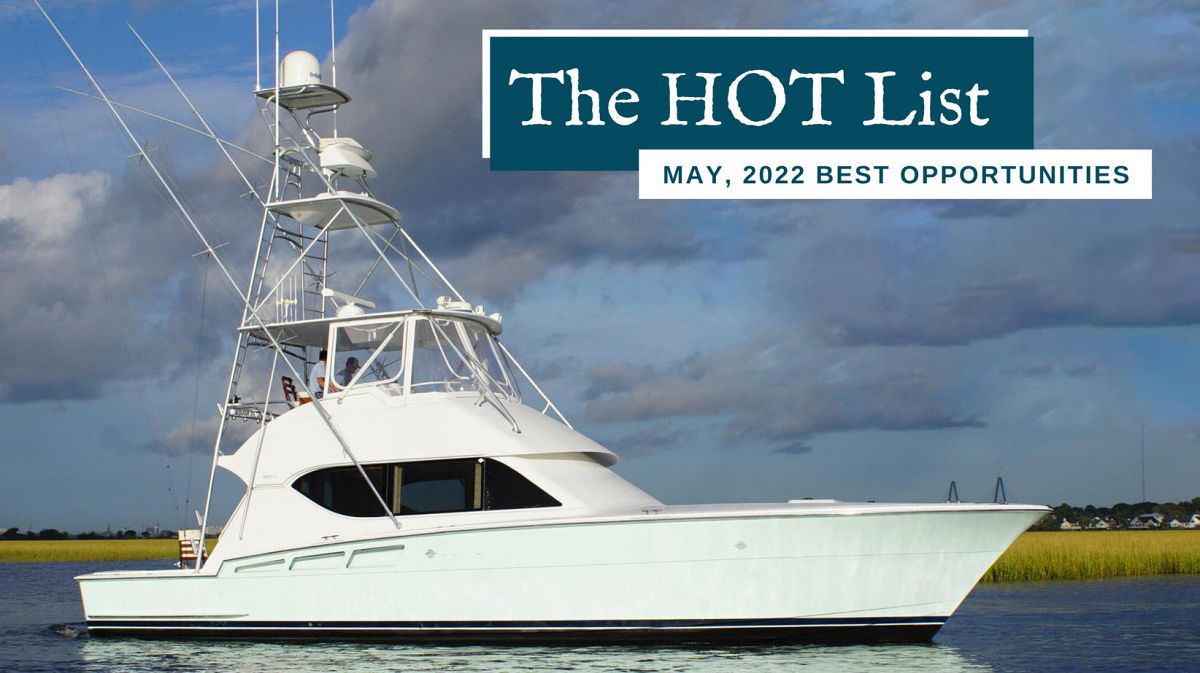 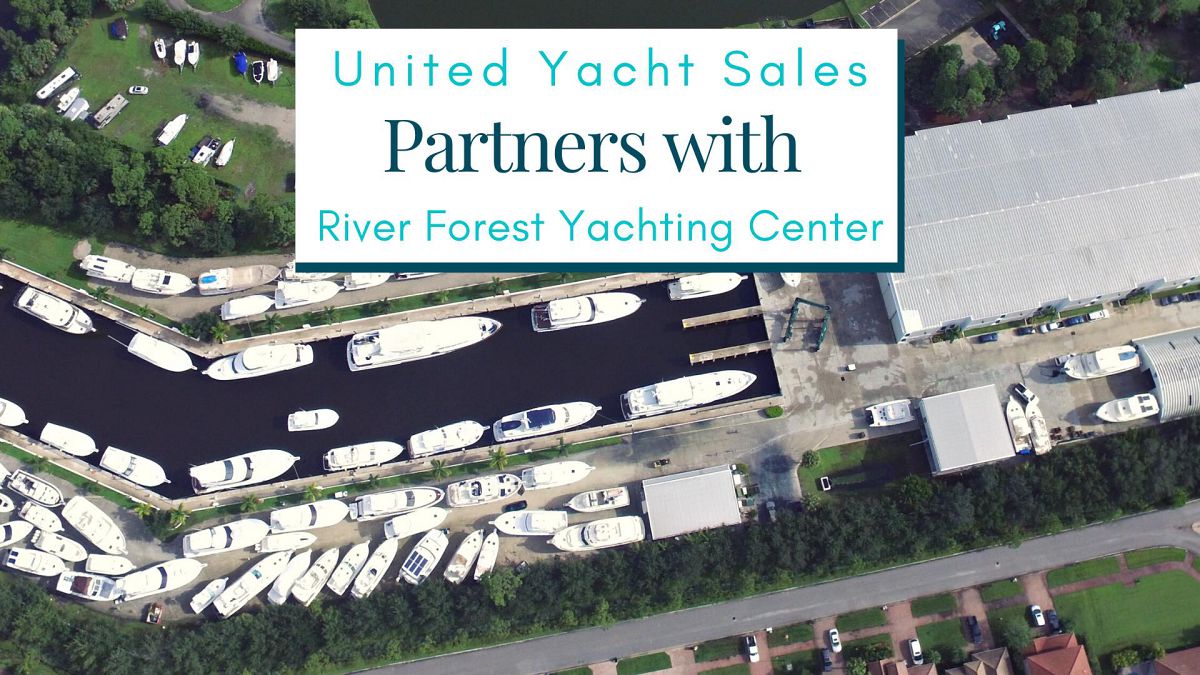 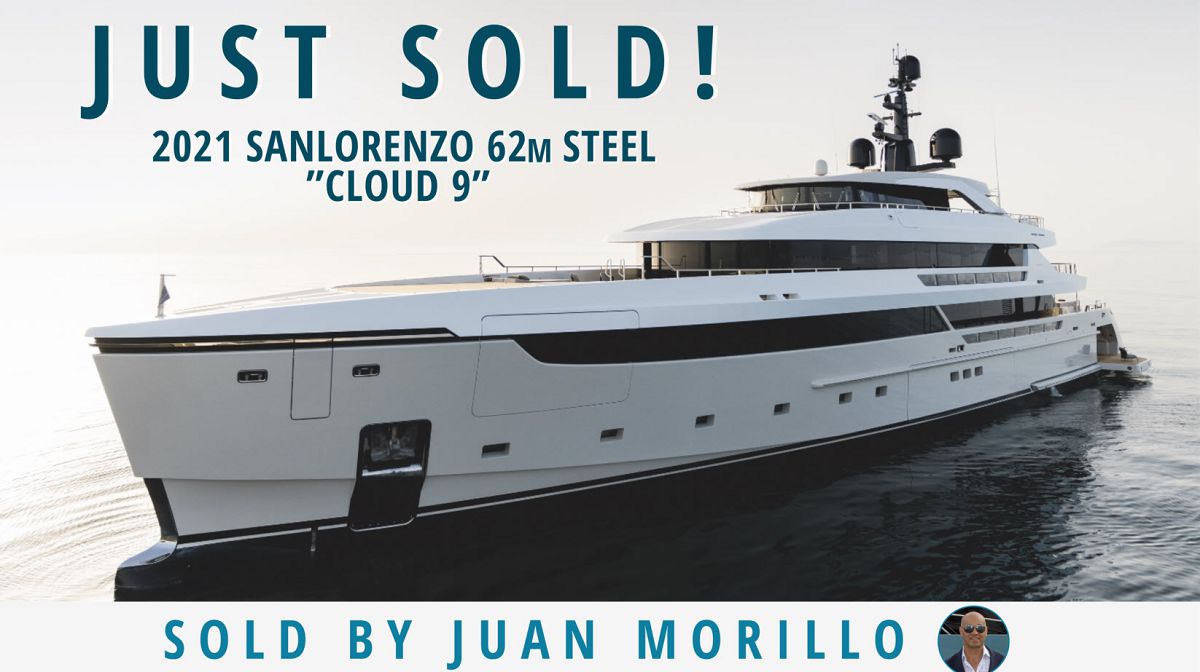