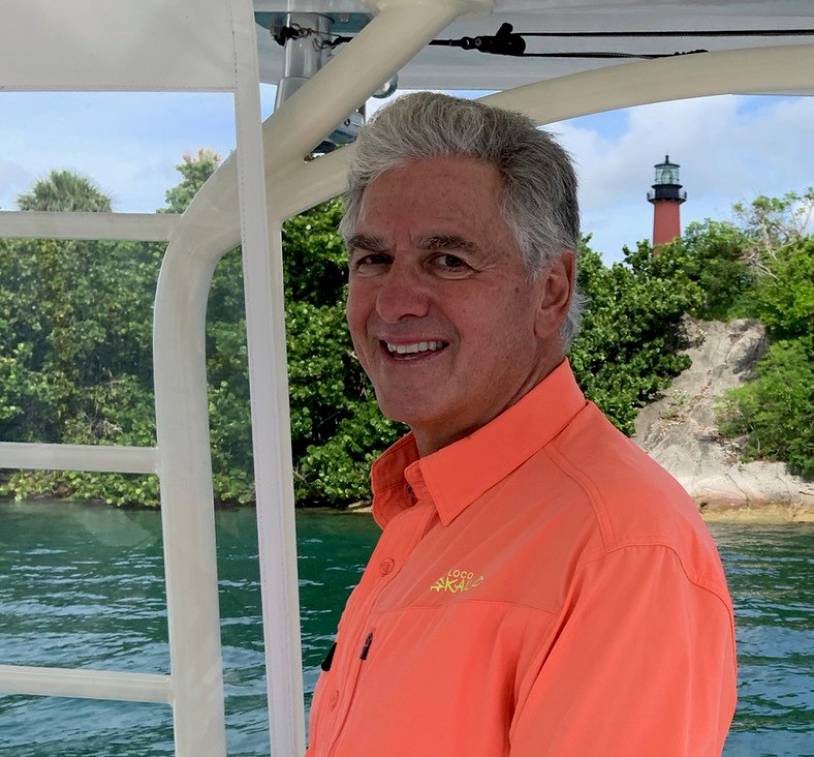 Larry grew up in Beverly, MA and learned to sail on the Charles River in Boston while going to MIT summer camp at age 6. In those days you learned to tack and jibe by picking up bottles and cans floating in the thick green water.

Wanting a boat of his own, at age 12 he restored an 18 foot cedar lapstrake sailing dinghy given him by his family’s dentist. Larry’s Dad claims not to have minded parking on the street for several months while his one car garage was turned into a ”yacht yard”. After buying a 5hp outboard from a neighbor with his lawn mowing money, he could now enjoy fishing for cod and haddock in Massachusetts Bay while taking “voyages” to nearby Salem, Marblehead, and Manchester. Yes, life was good!

As a young teenager Larry restored a cold-molded 110 racing sailboat hull #9. This boat was campaigned in an active Marblehead Fleet and placed 3rd in the Atlantic Coast Championships.

Larry then went to Tufts College of Engineering where he earned a B.S. in Civil Engineering in 1976. During college he worked at the MIT Draper Laboratory as an industrial photographer and student engineer. After graduating Tufts he was hired by Draper as a Staff Engineer where he was stationed in Princeton, NJ.

His engineering career was short lived when he was accepted to Tufts Dental School, from which he graduated in 1979. He was then accepted into the postgraduate dental specialty program in Prosthetic Dentistry as a Teaching Fellow, and completed this program in 1981. He was a Professor at Tufts until 1984 during which time he became a Board Certified Prosthodontist. Licensed to practice in FL, MA, and RI, his boating at this time was mainly ocean racing  as a crewmember on IOR and PHRF boats.

In the mid 1980’s Larry opened his private practice in Providence, RI, specializing in Prosthodontics, Implant Surgery, and Oral Rehabilitation. He has lectured throughout the US, Asia, and Europe and frequently published on these subjects. Now living in a restored fish market on a harbor in Narragansett Bay, he enjoys inshore and offshore fishing for striped bass, tuna, and other pelagics. He has owned dozens of sportfishing boats including production center consoles, inboard express boats, and convertibles, as well as custom plank on frame and cold molded Carolina and South Florida sportfisherman. Intimately familiar with yacht maintenance, he has also repowered and refit several boats. He has written articles on repowering, buying a used boat, and boat handling for Soundings magazine. In 2011, Larry was welcomed into the Admiral’s Inner Circle of the Massachusetts Maritime Academy.

Larry now divides his time between RI and his home on Jupiter Sound. After years of advising friends on boat sales and purchases from his lifetime of experience, Larry is proud to be a member of United Yacht Sales.