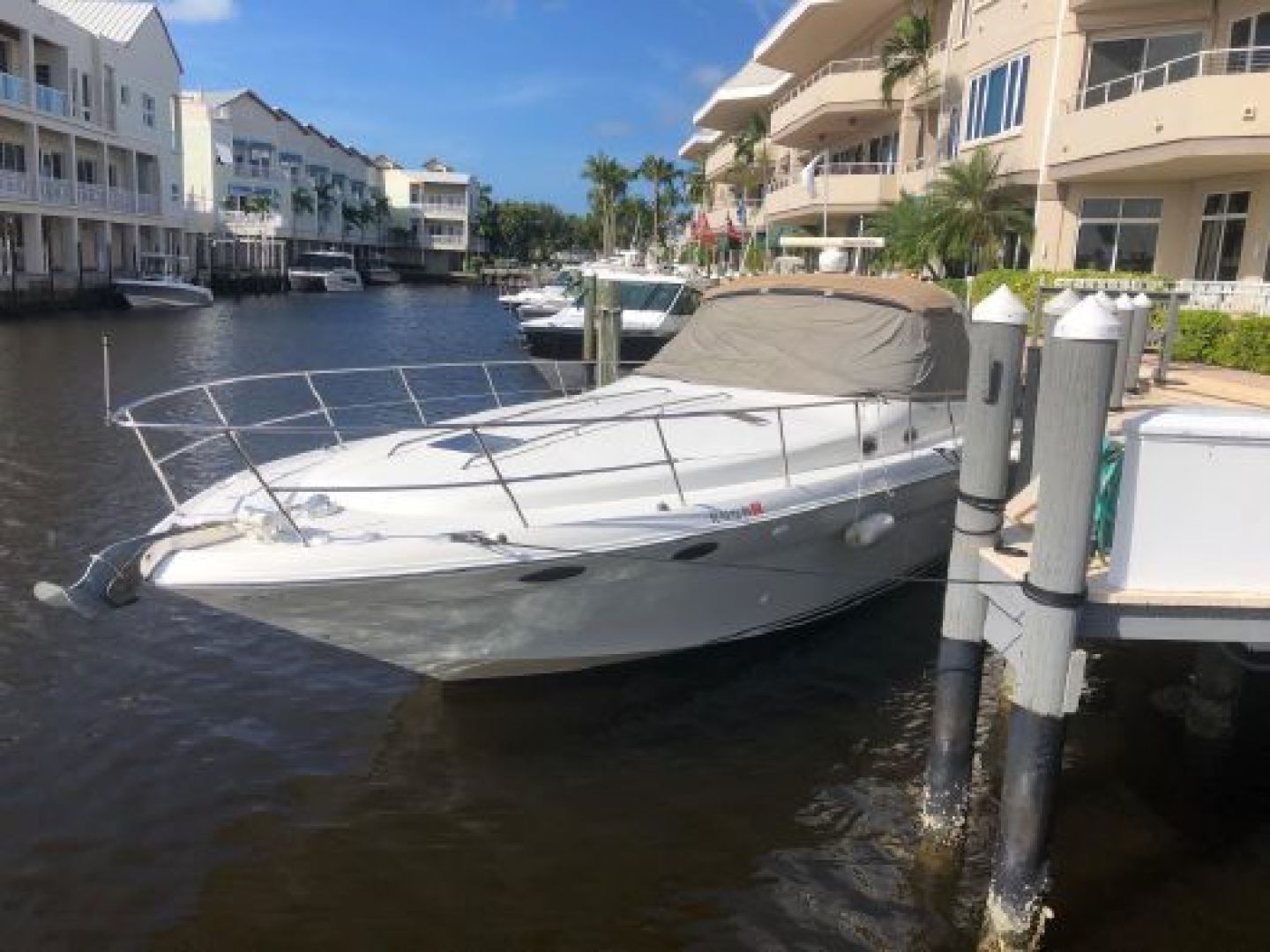 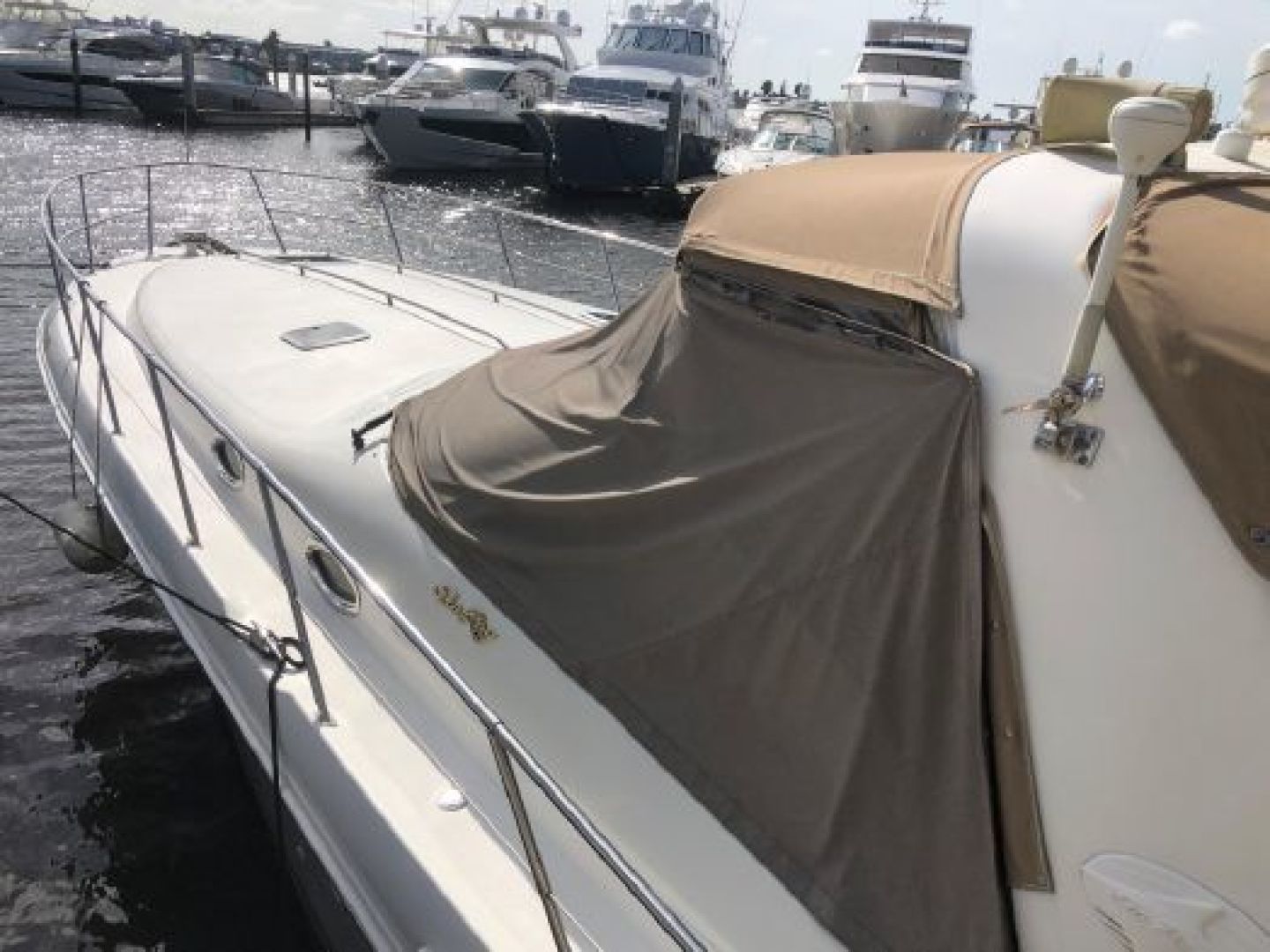 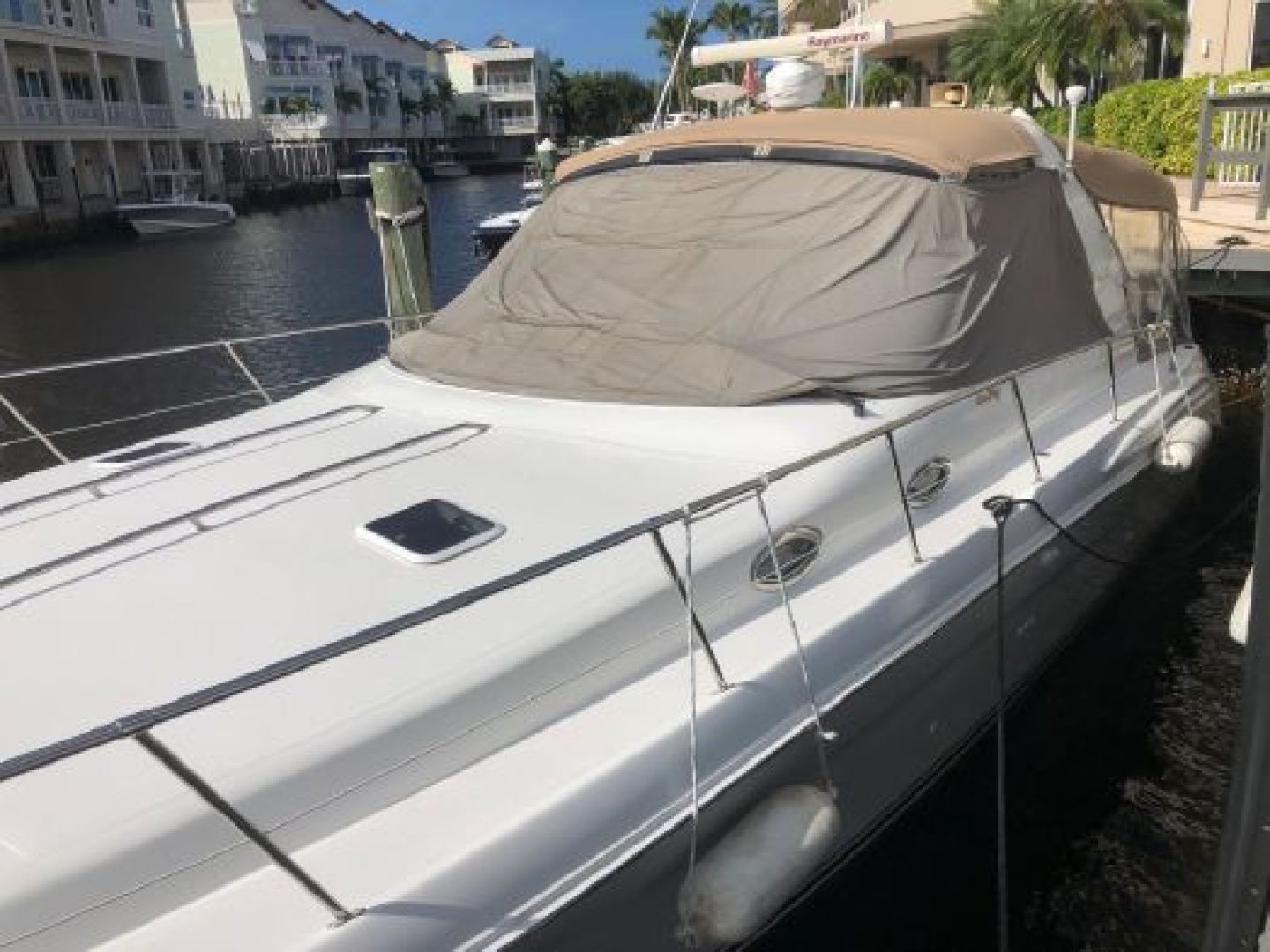 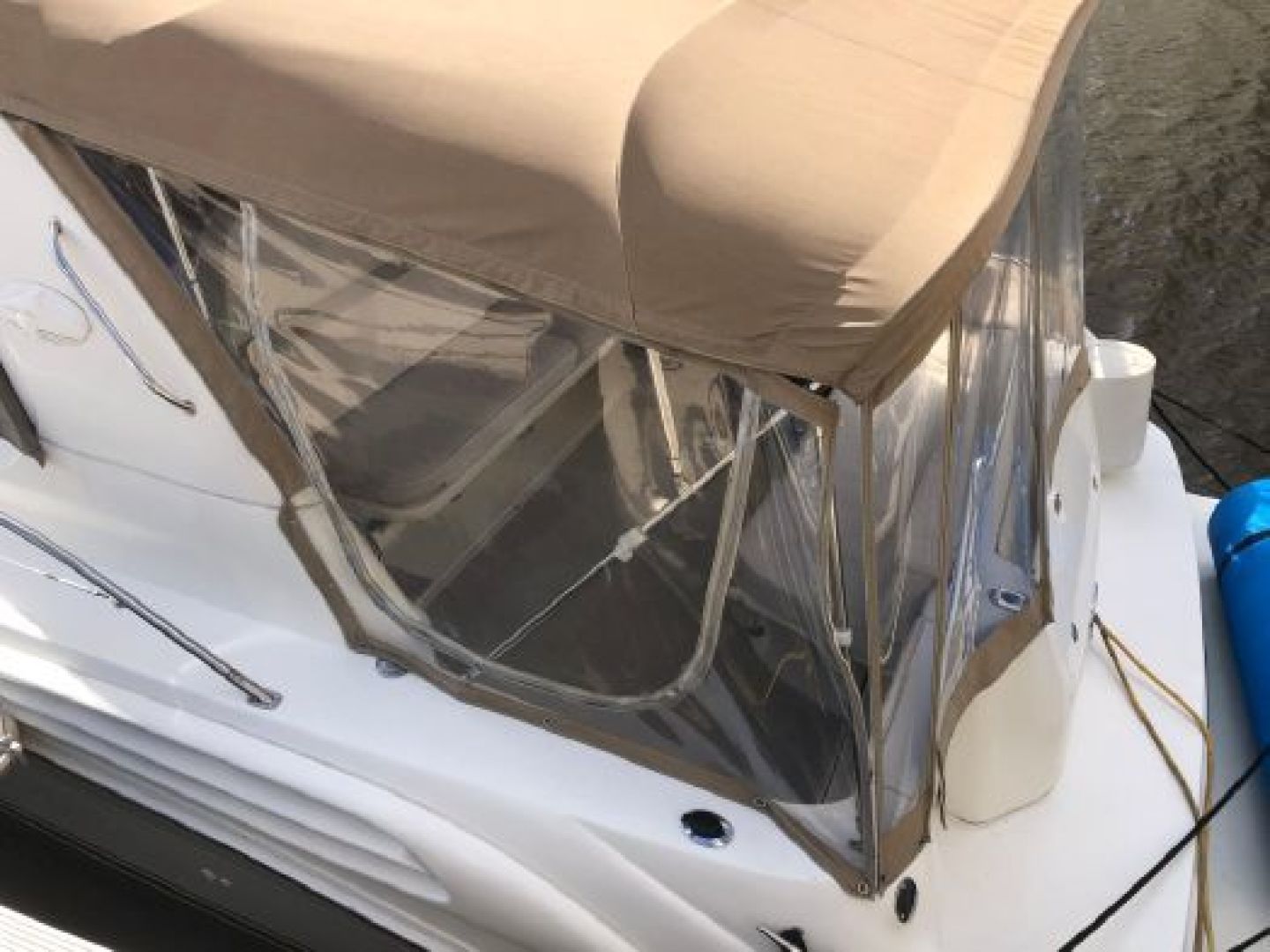 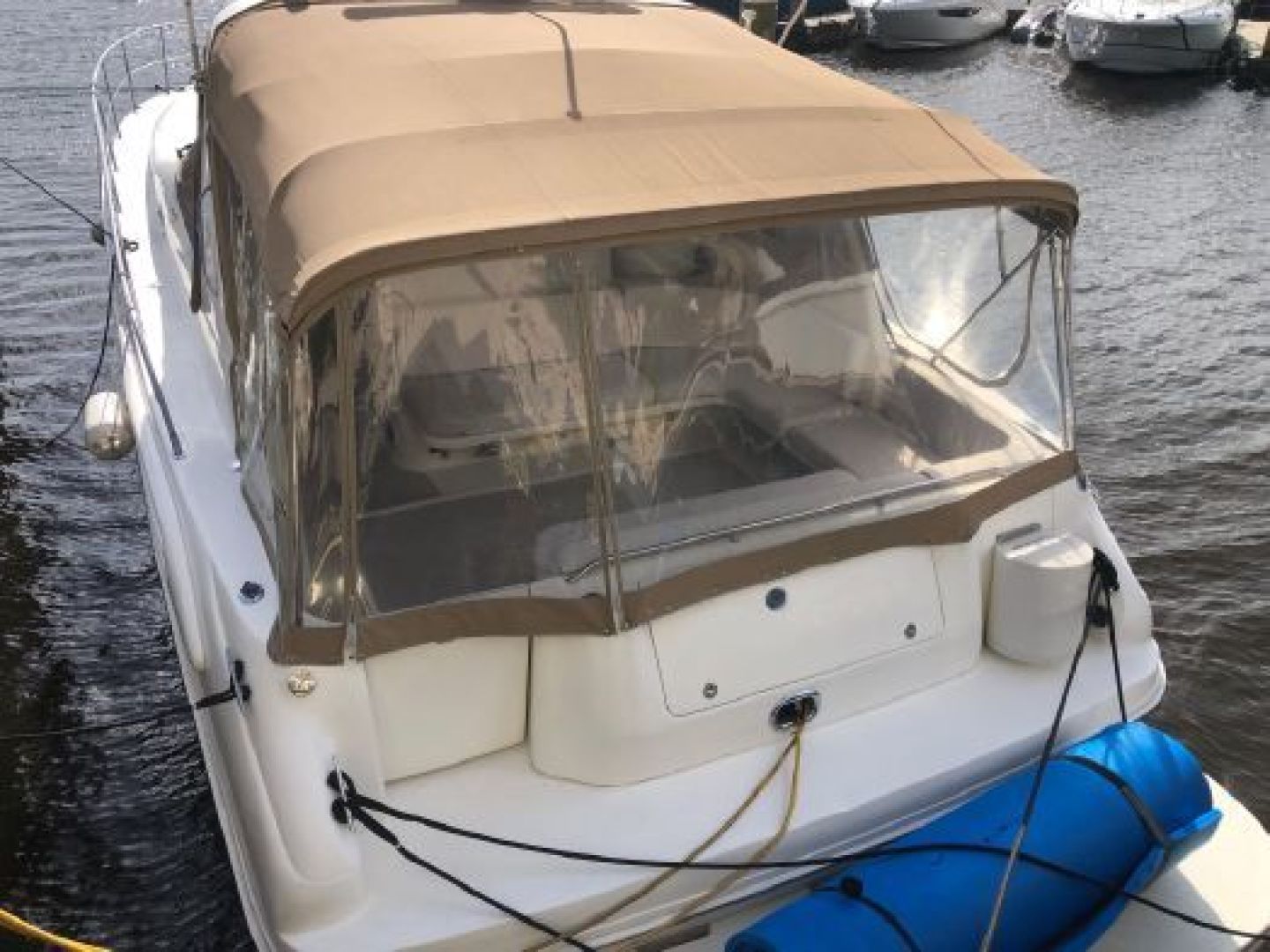 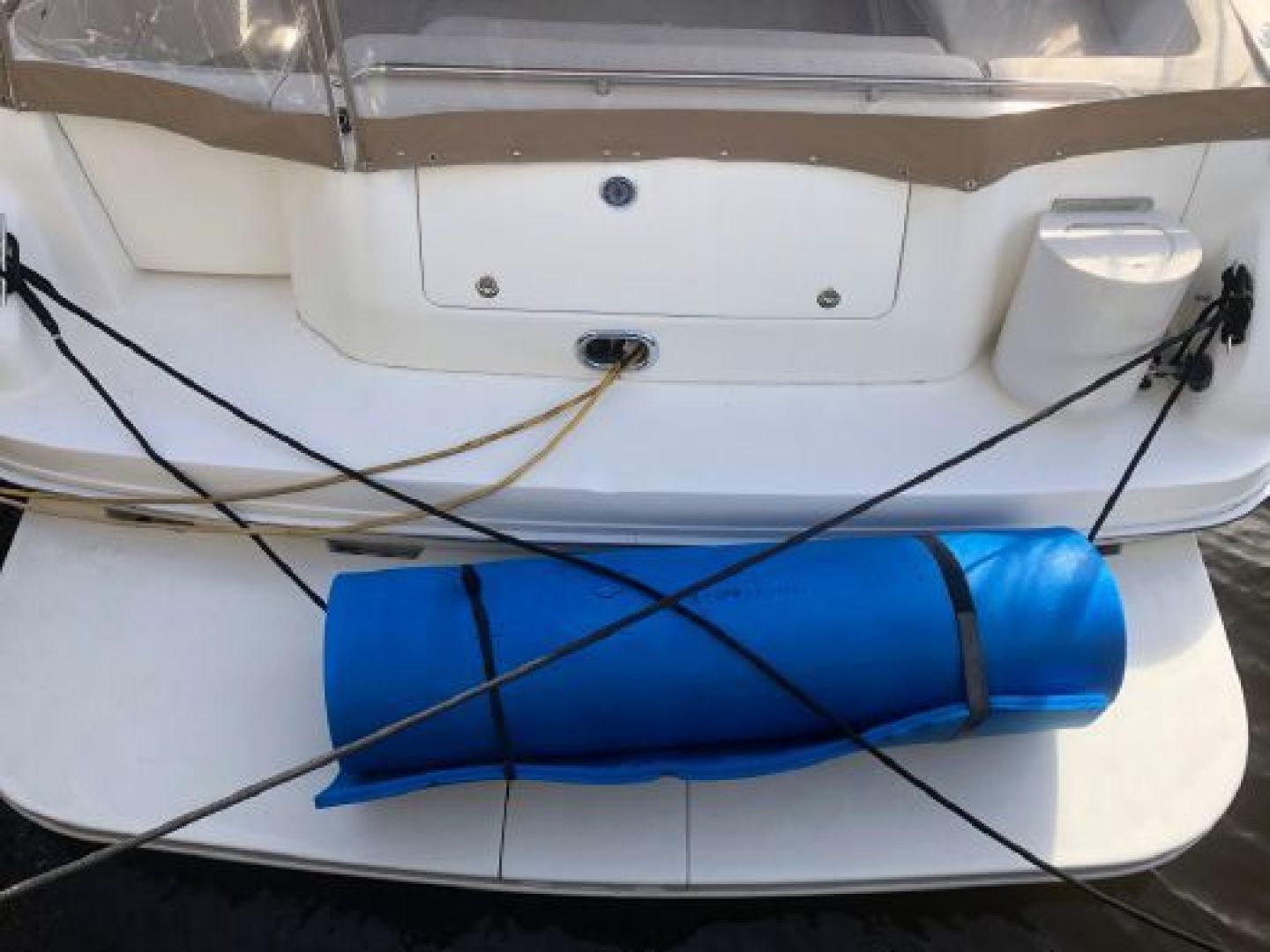 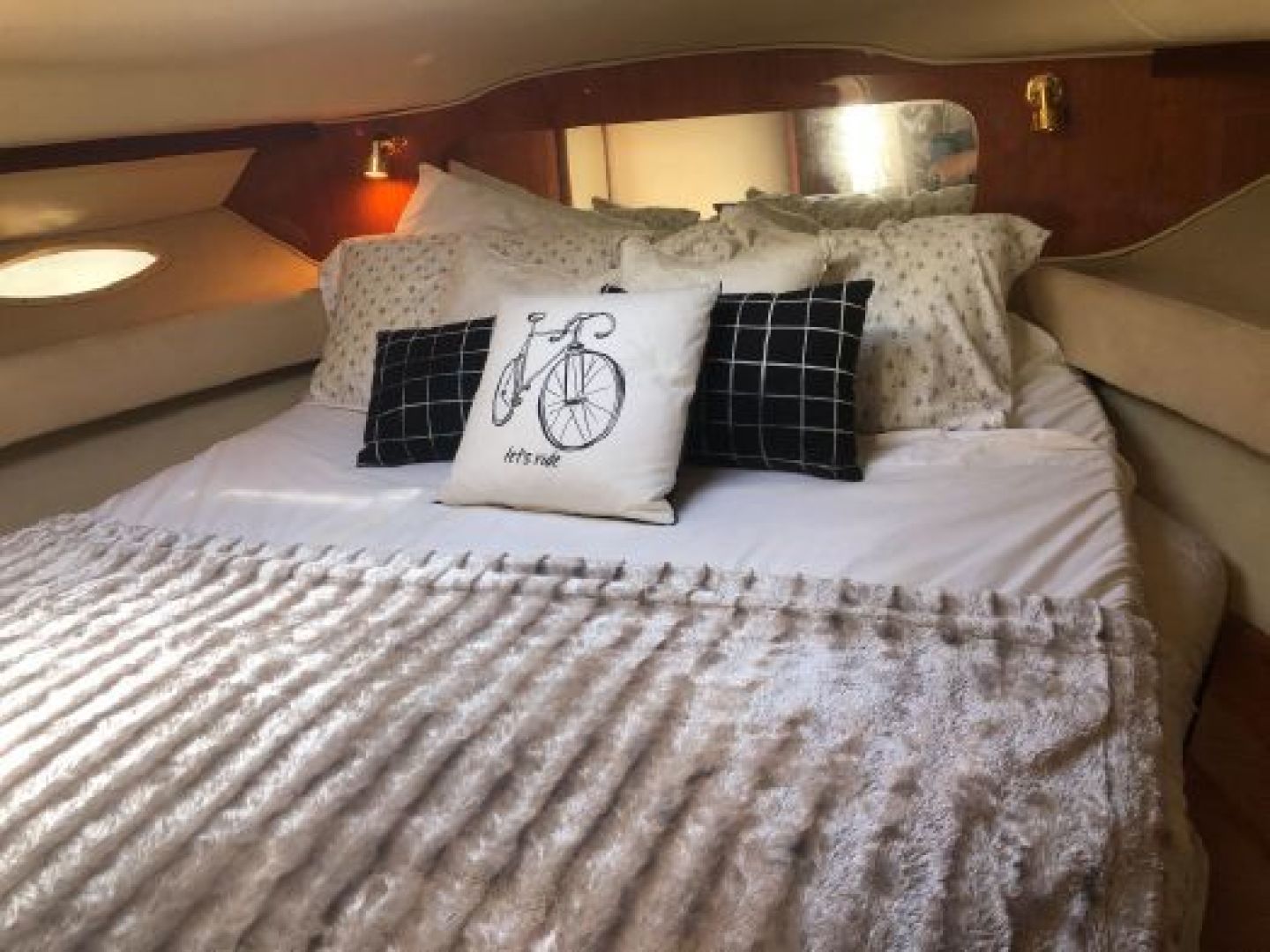 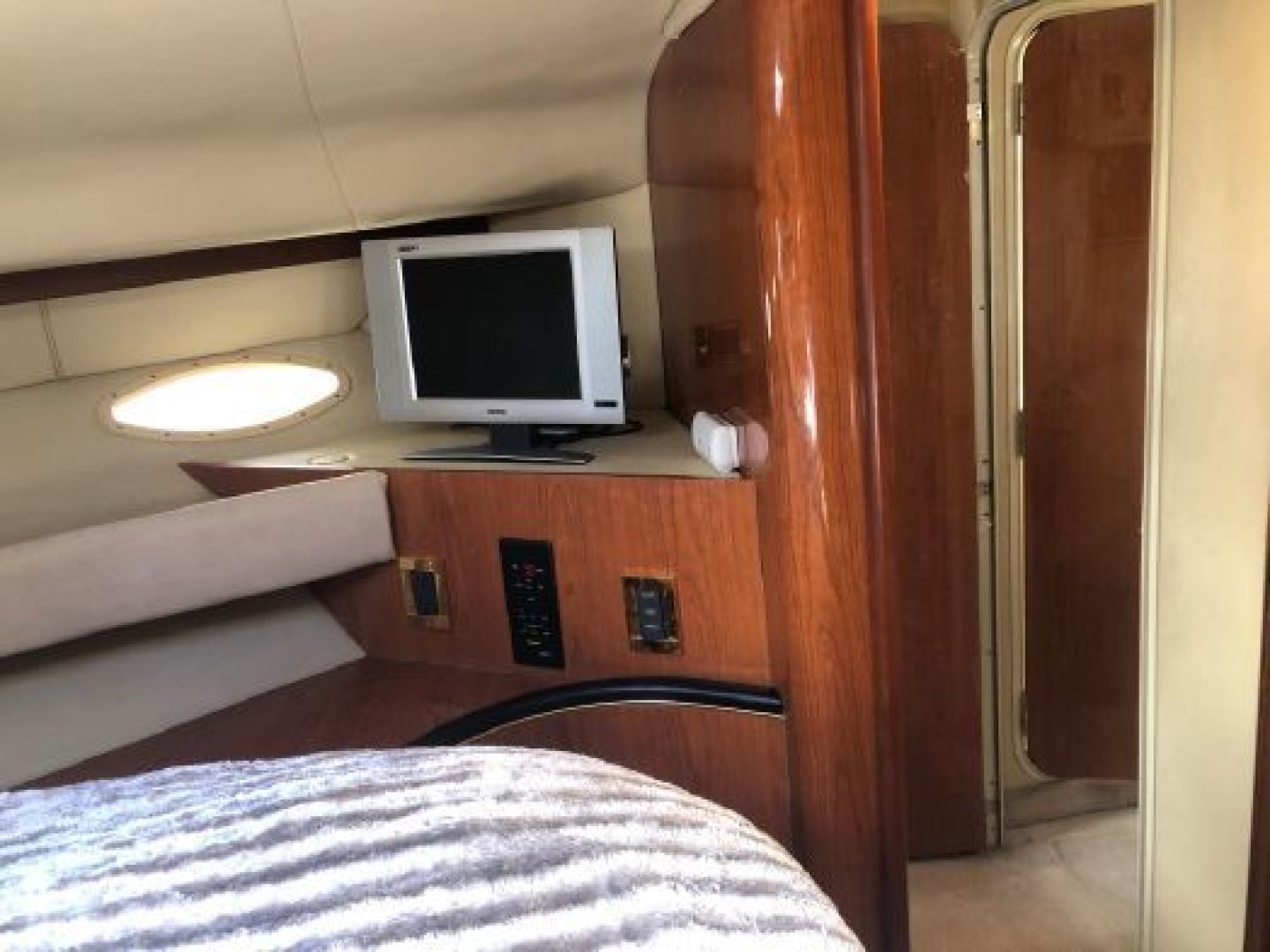 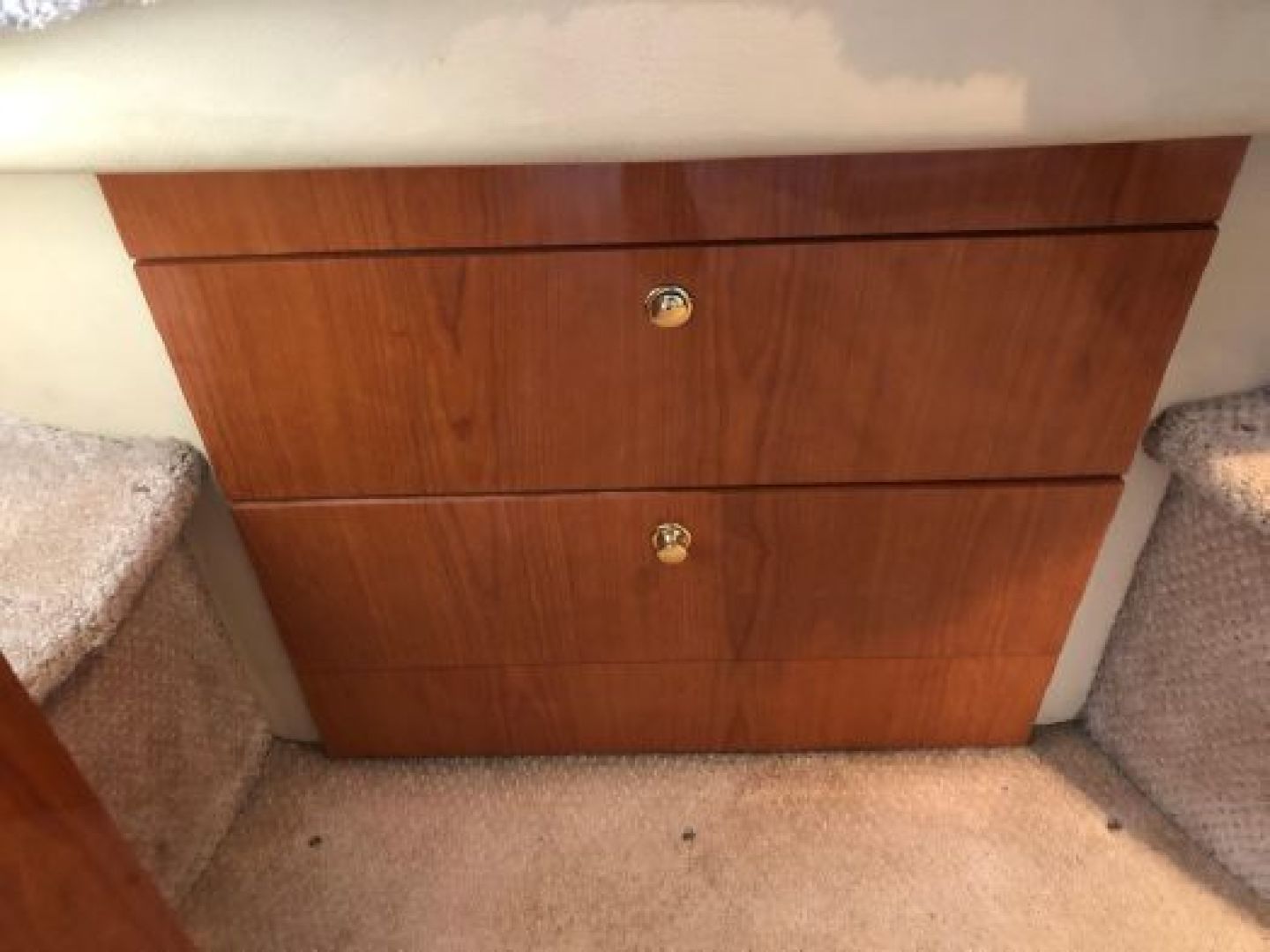 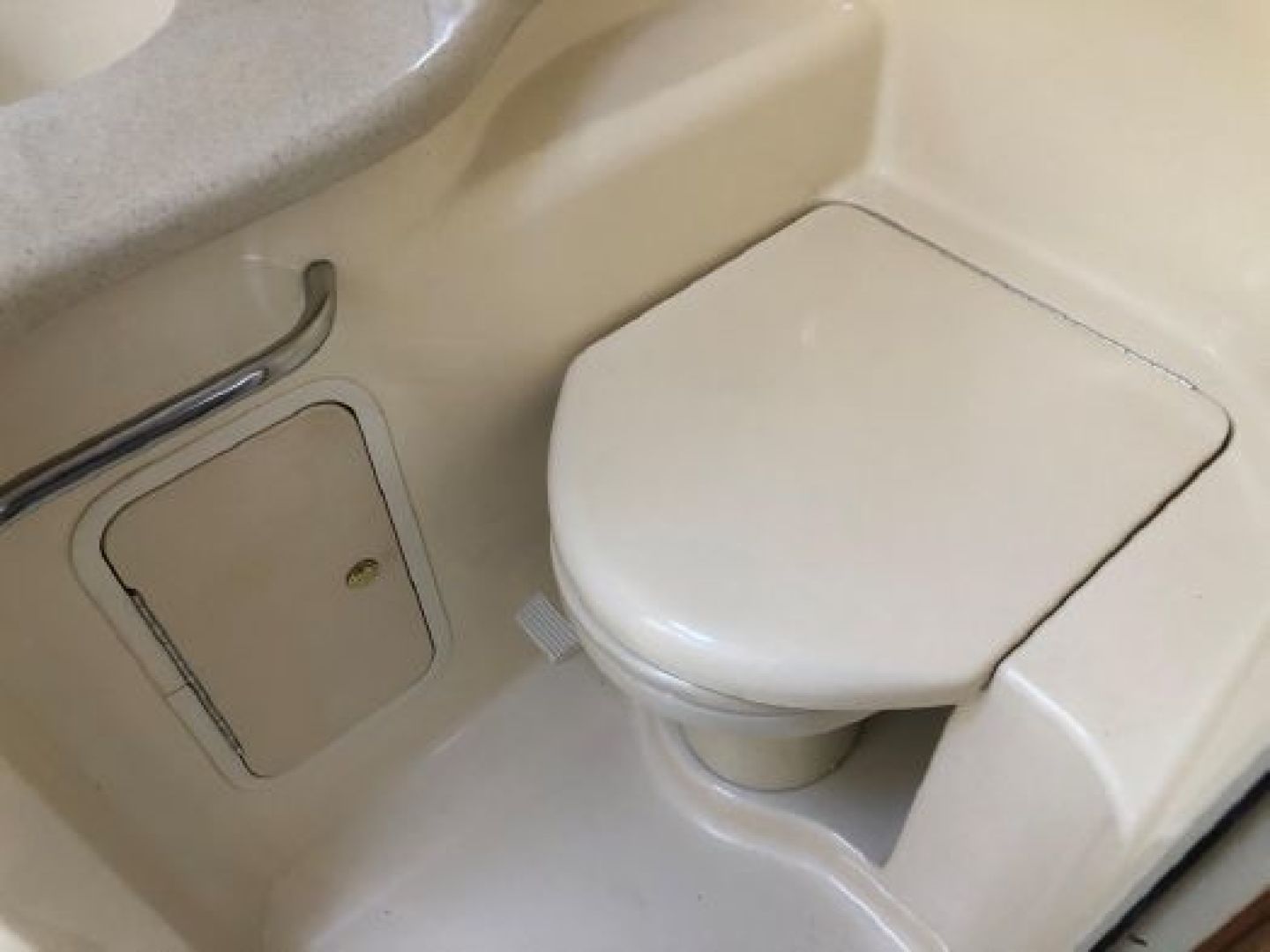 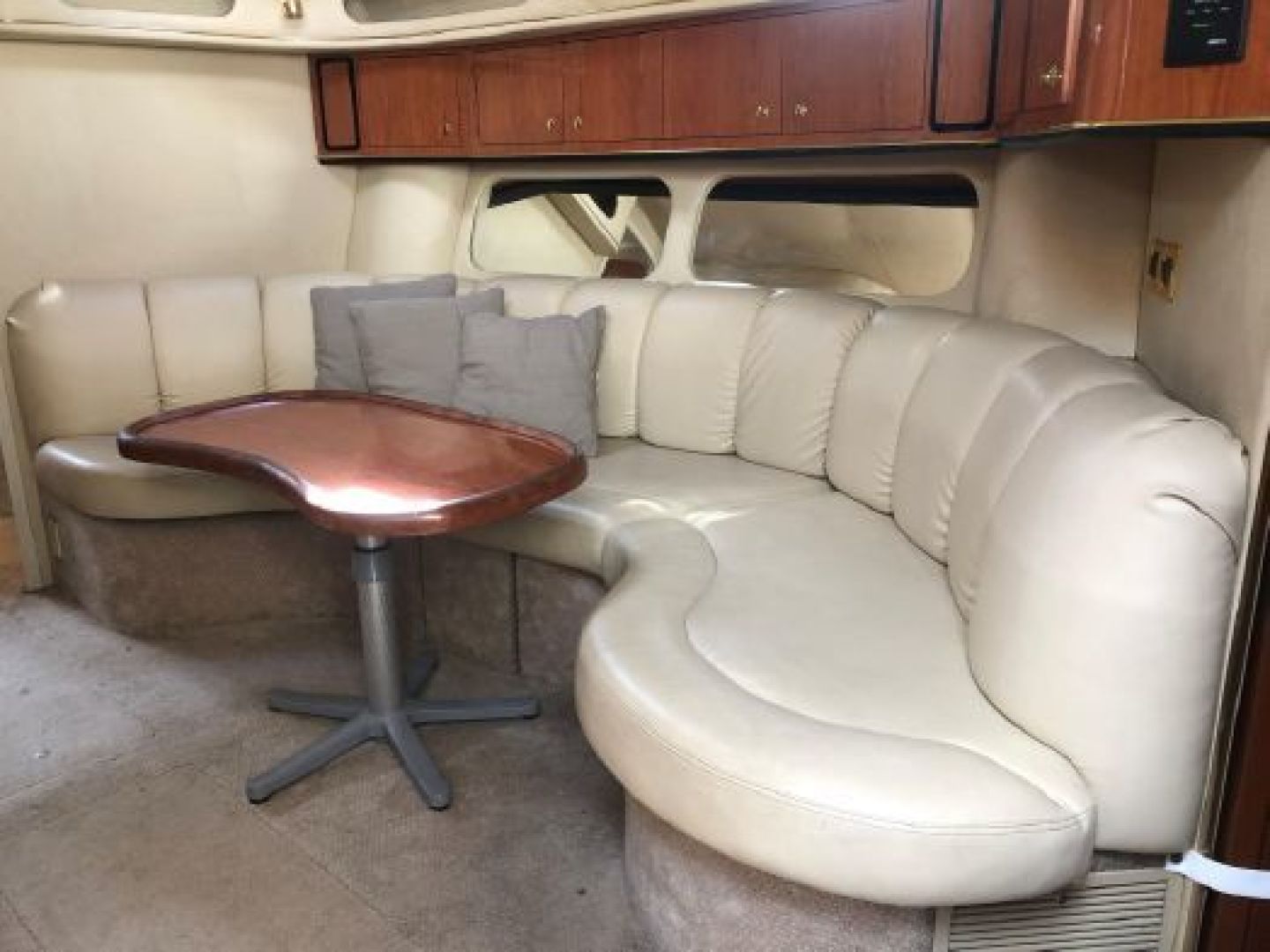 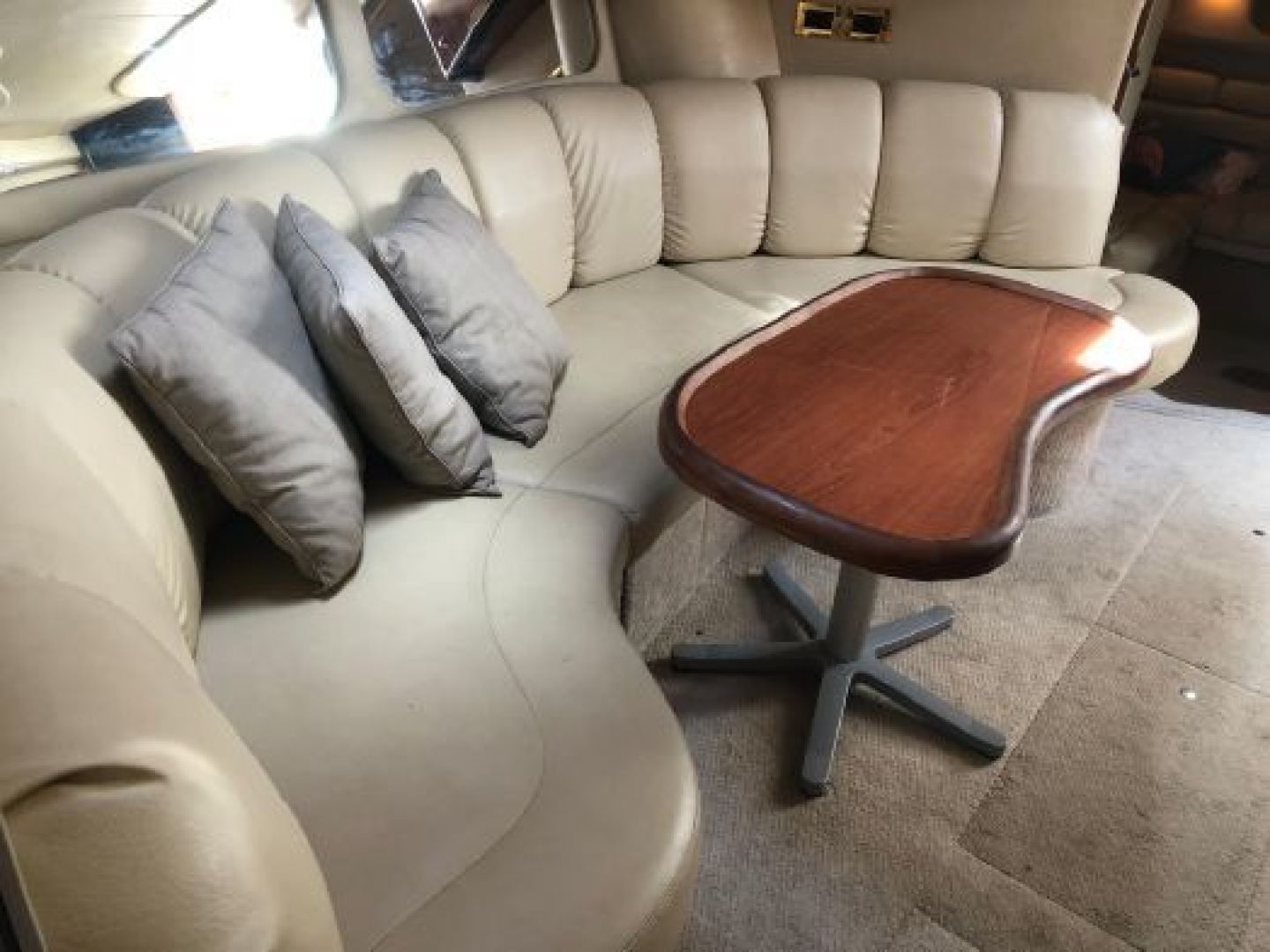 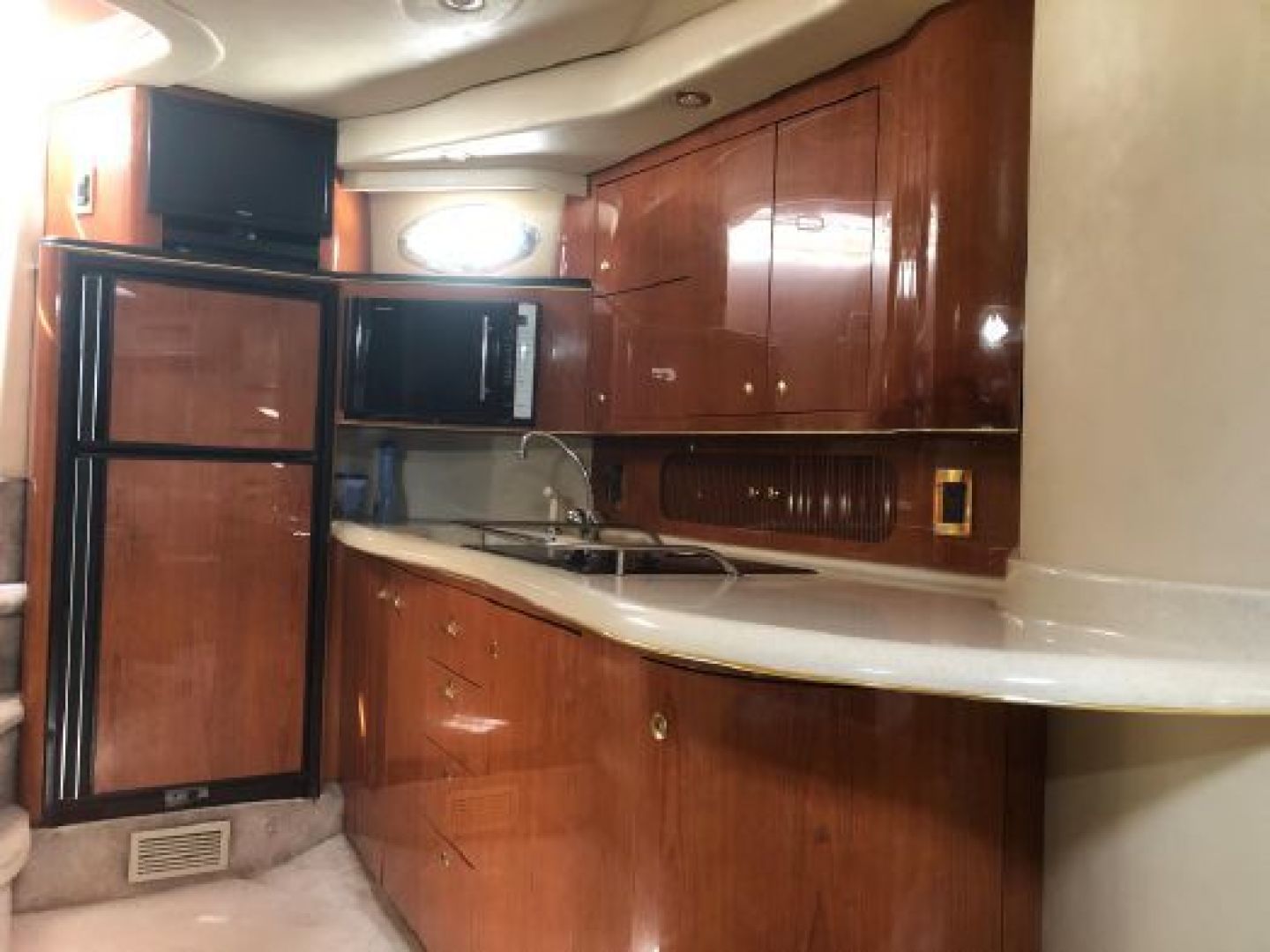 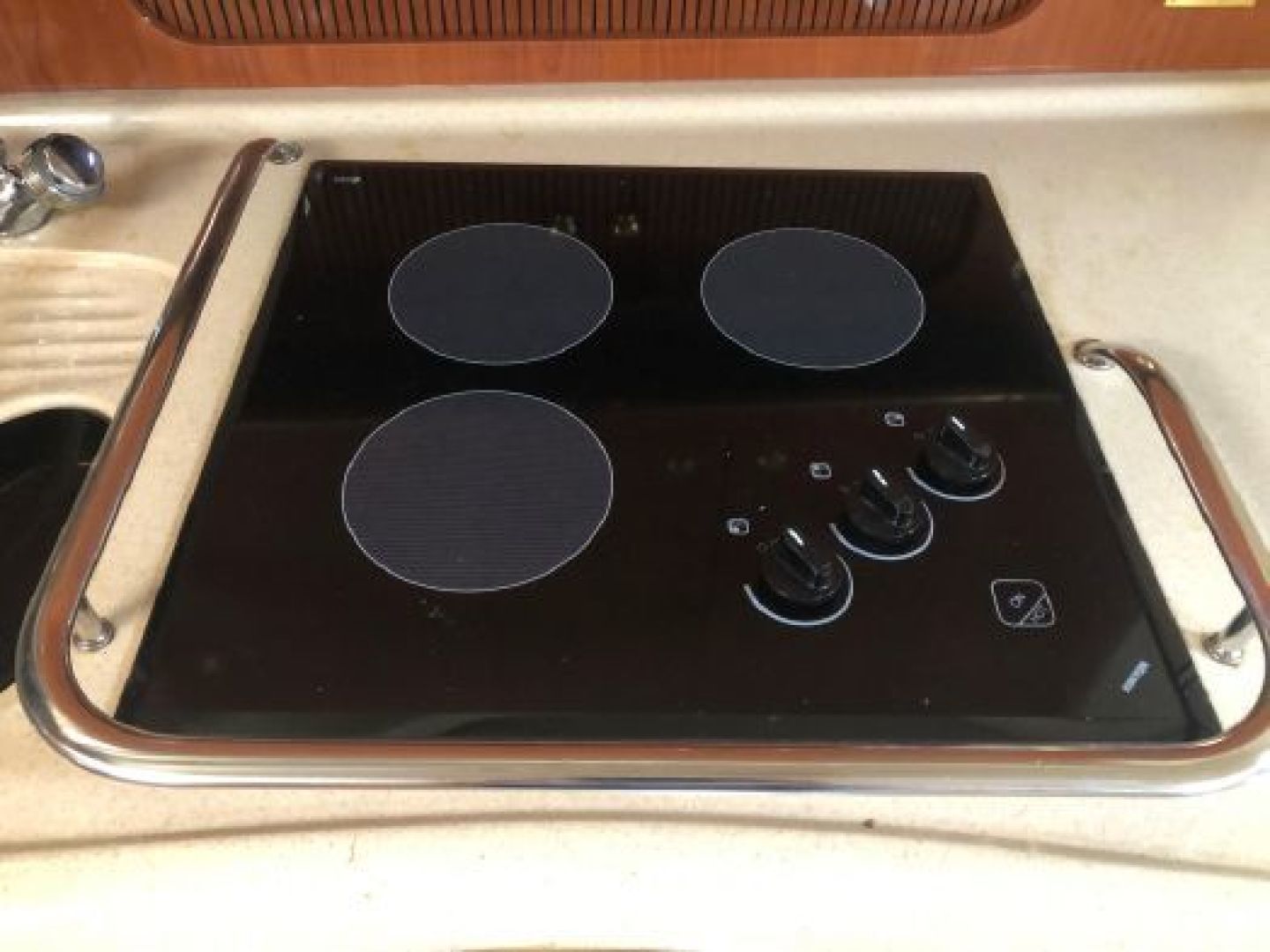 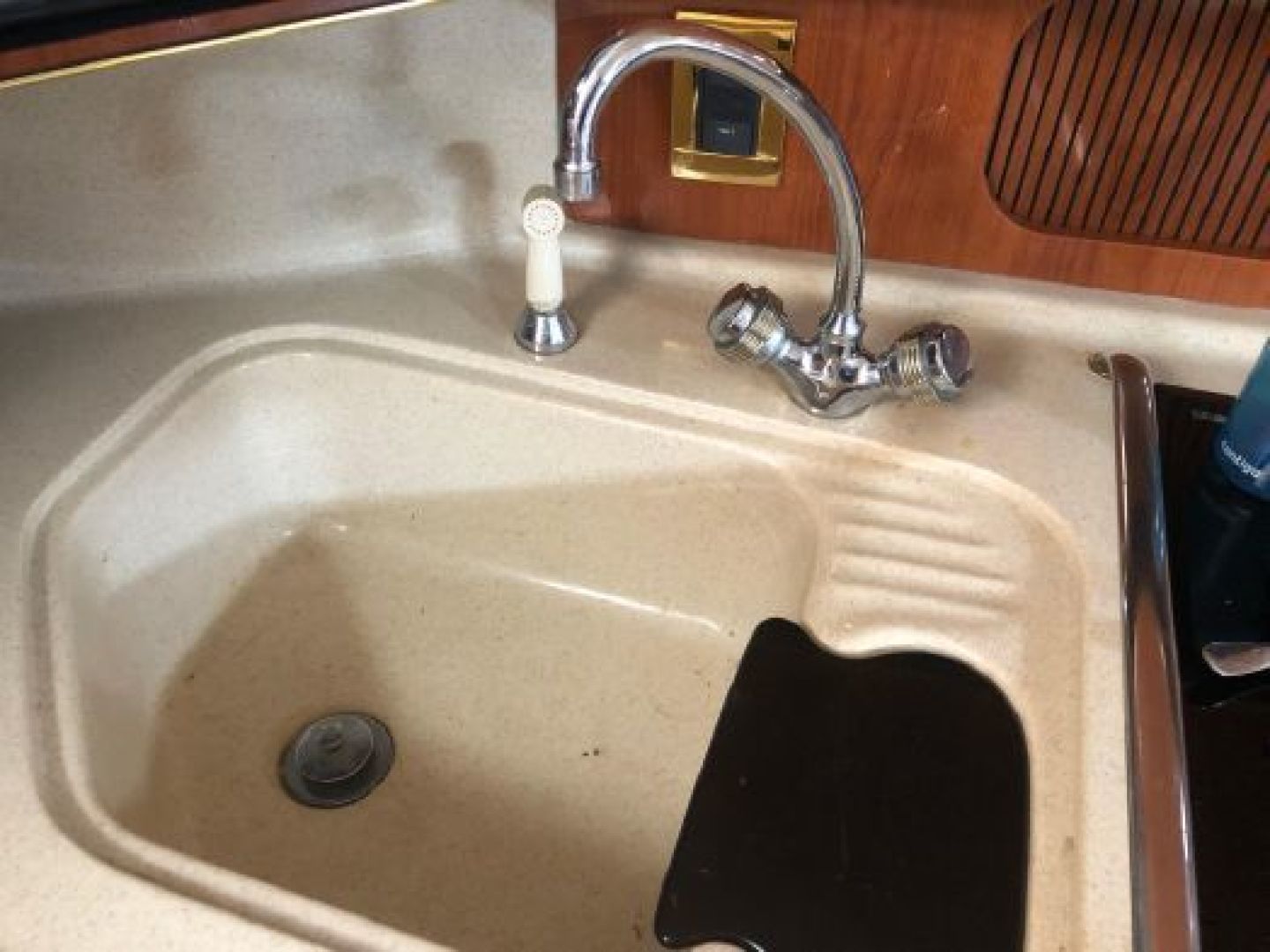 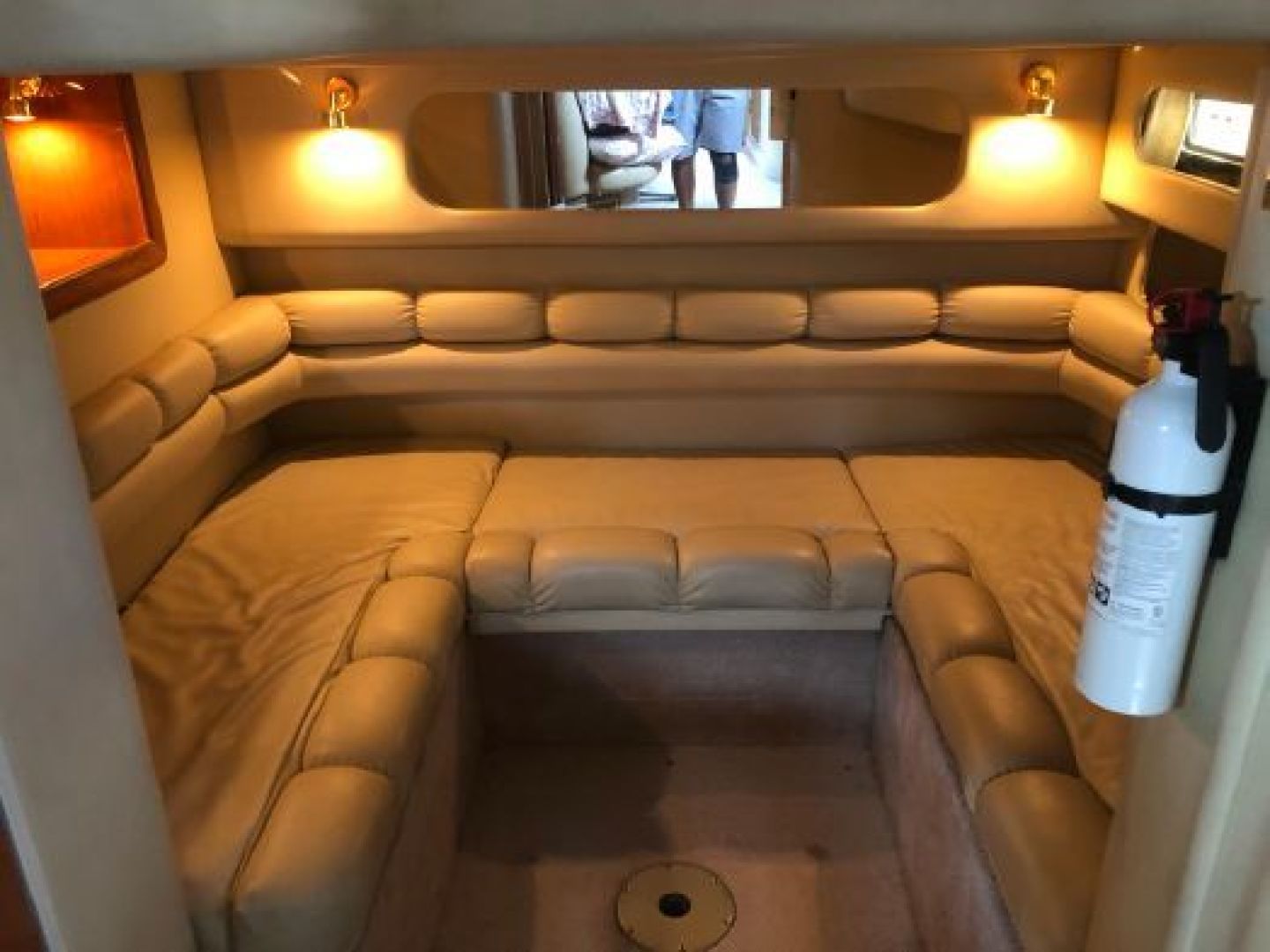 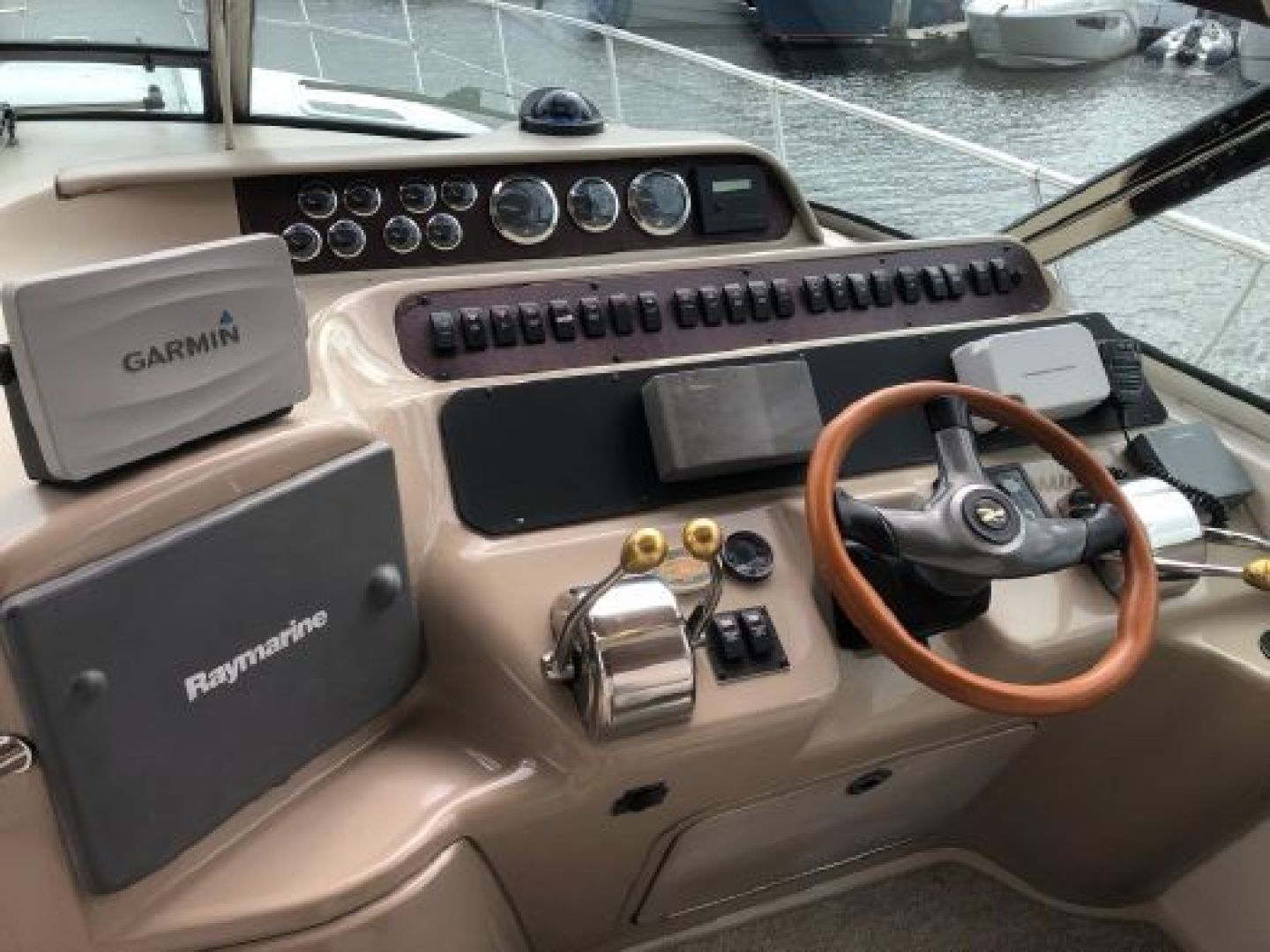 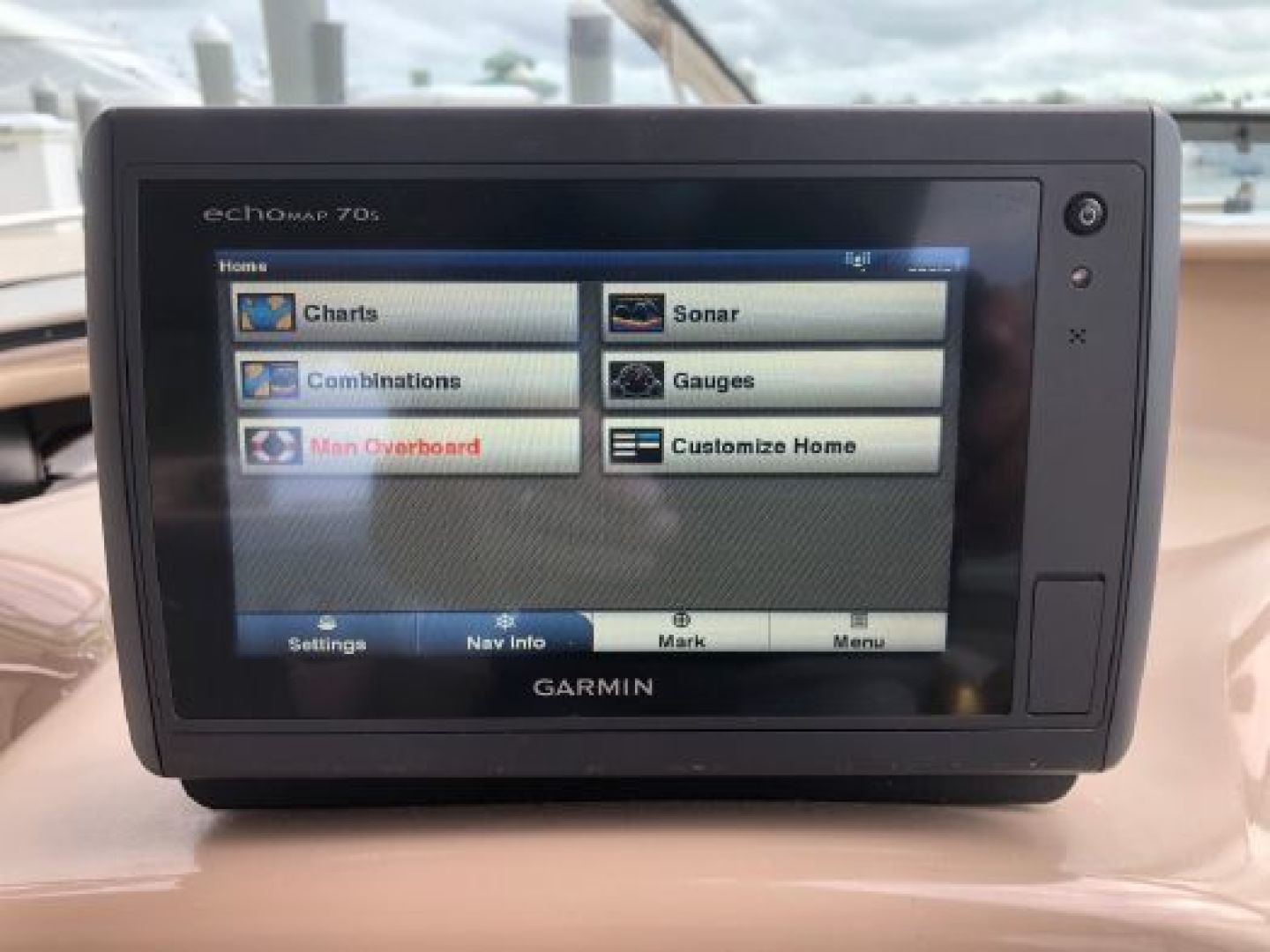 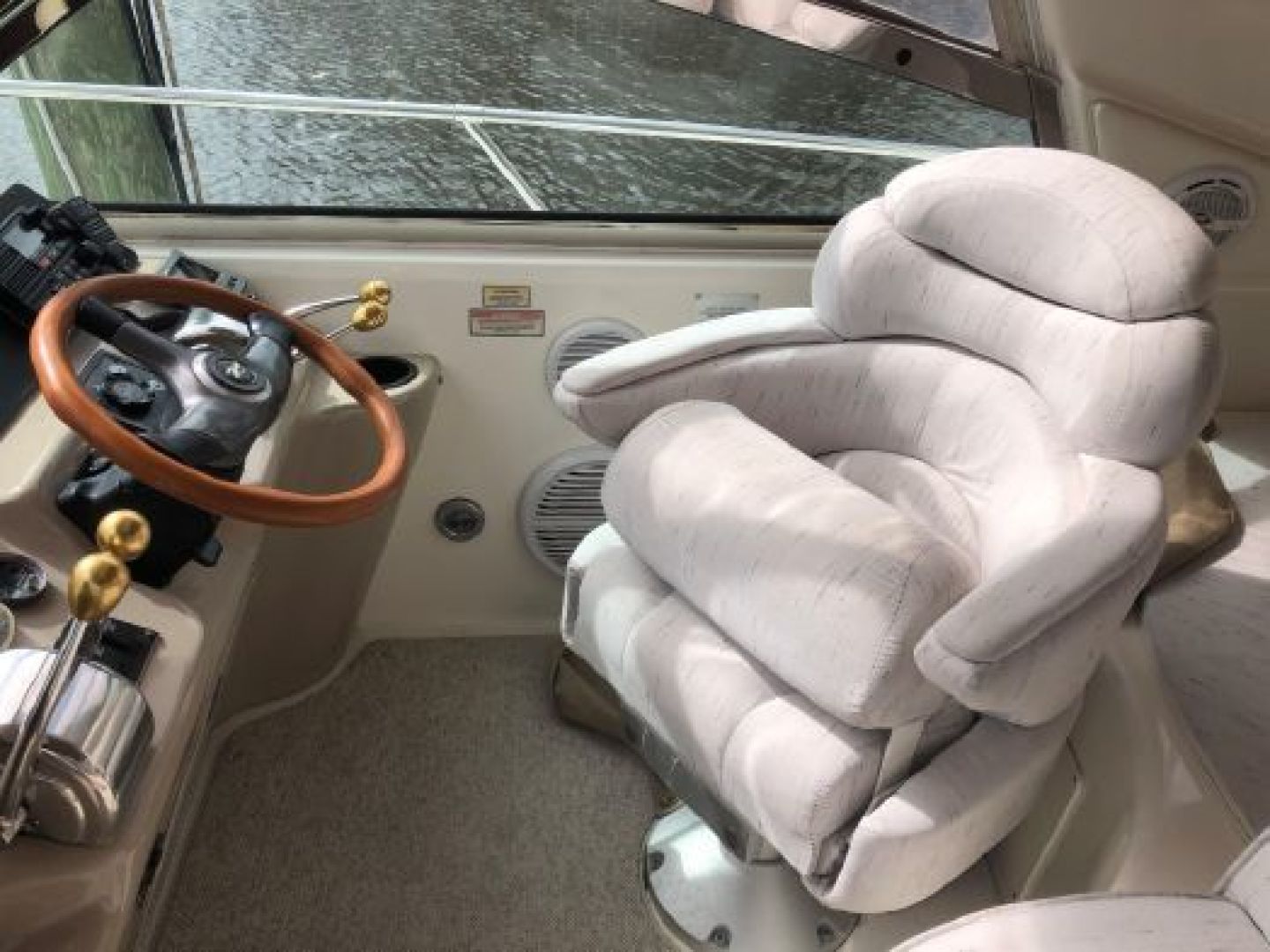 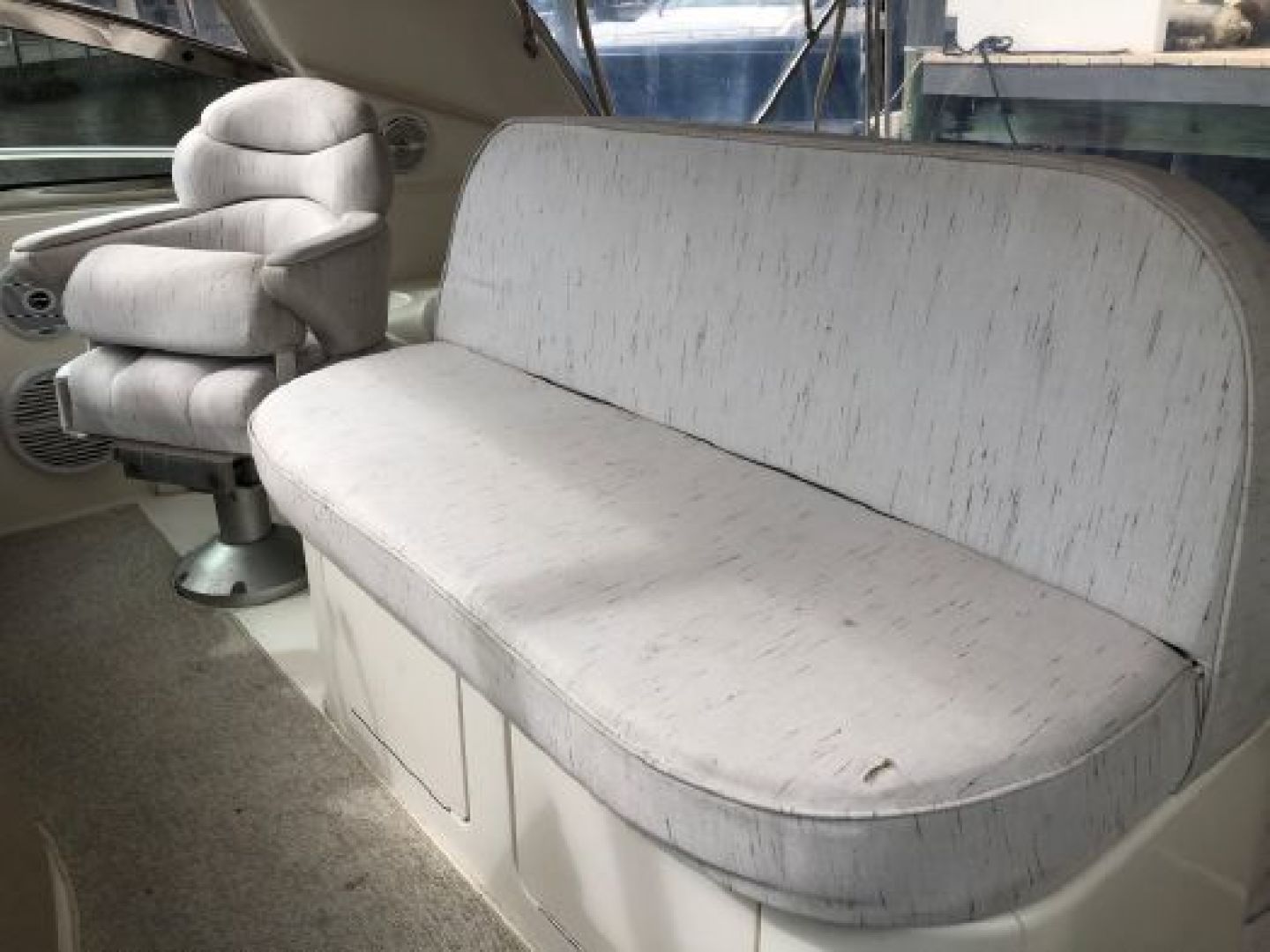 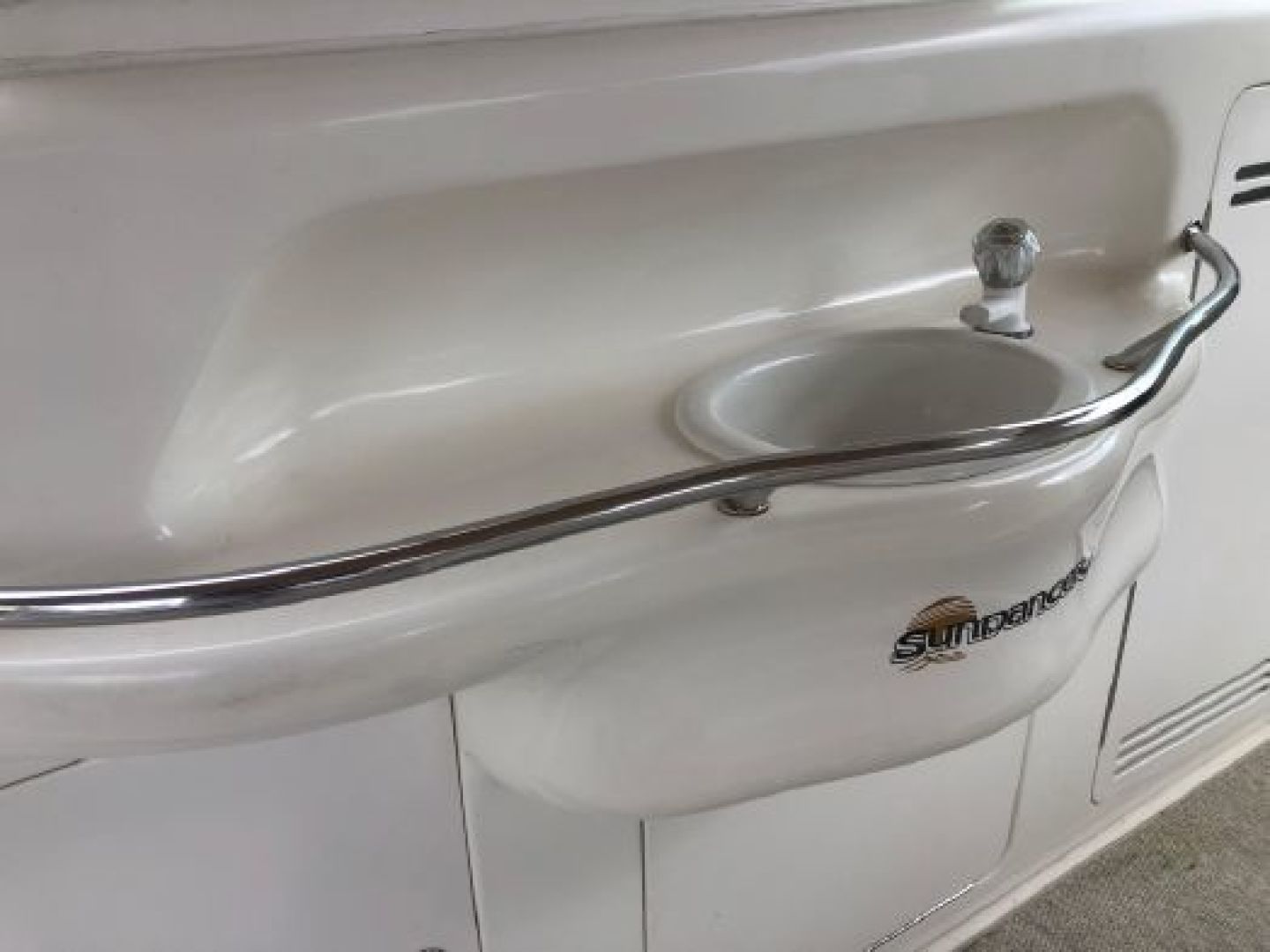 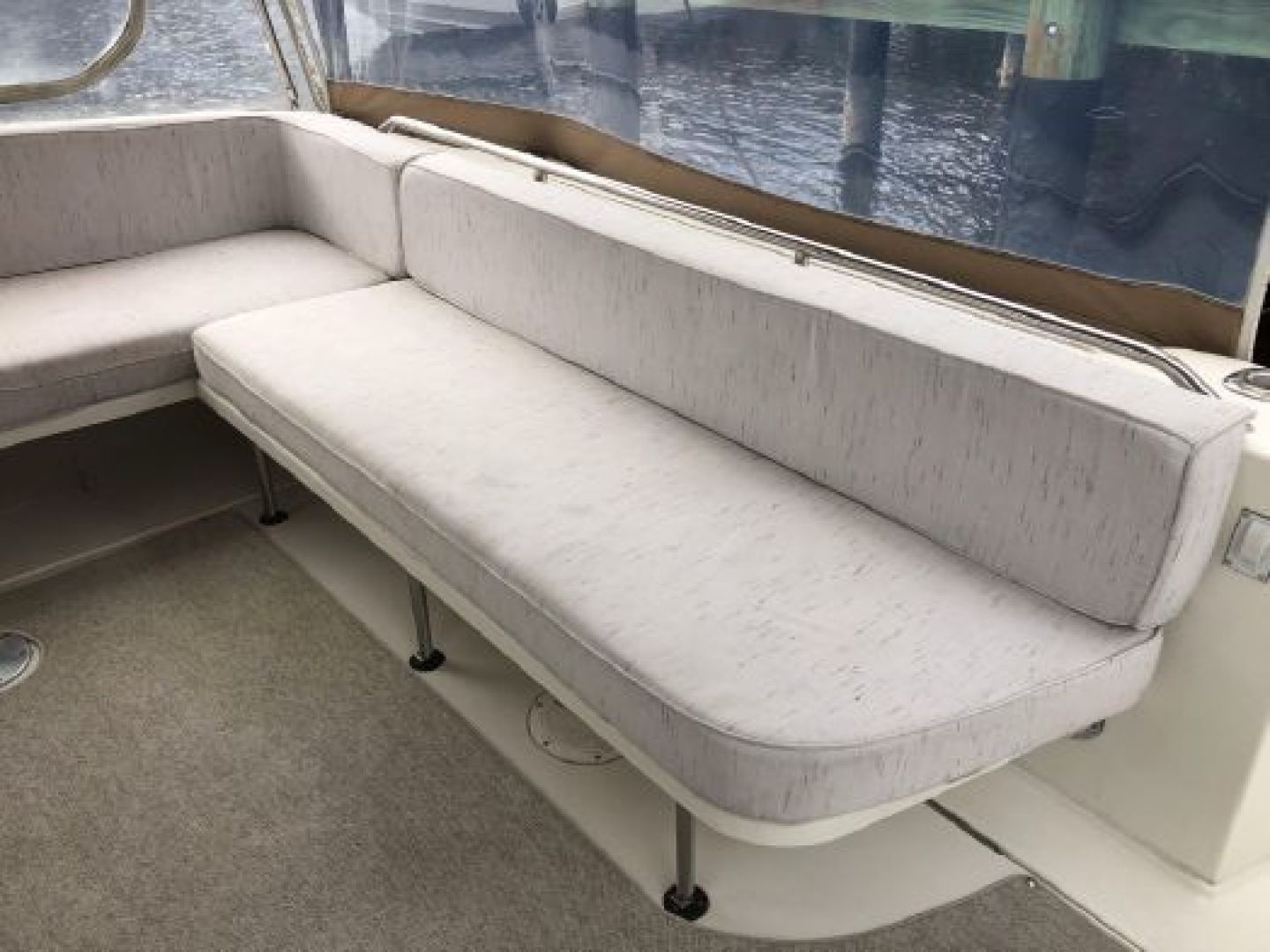 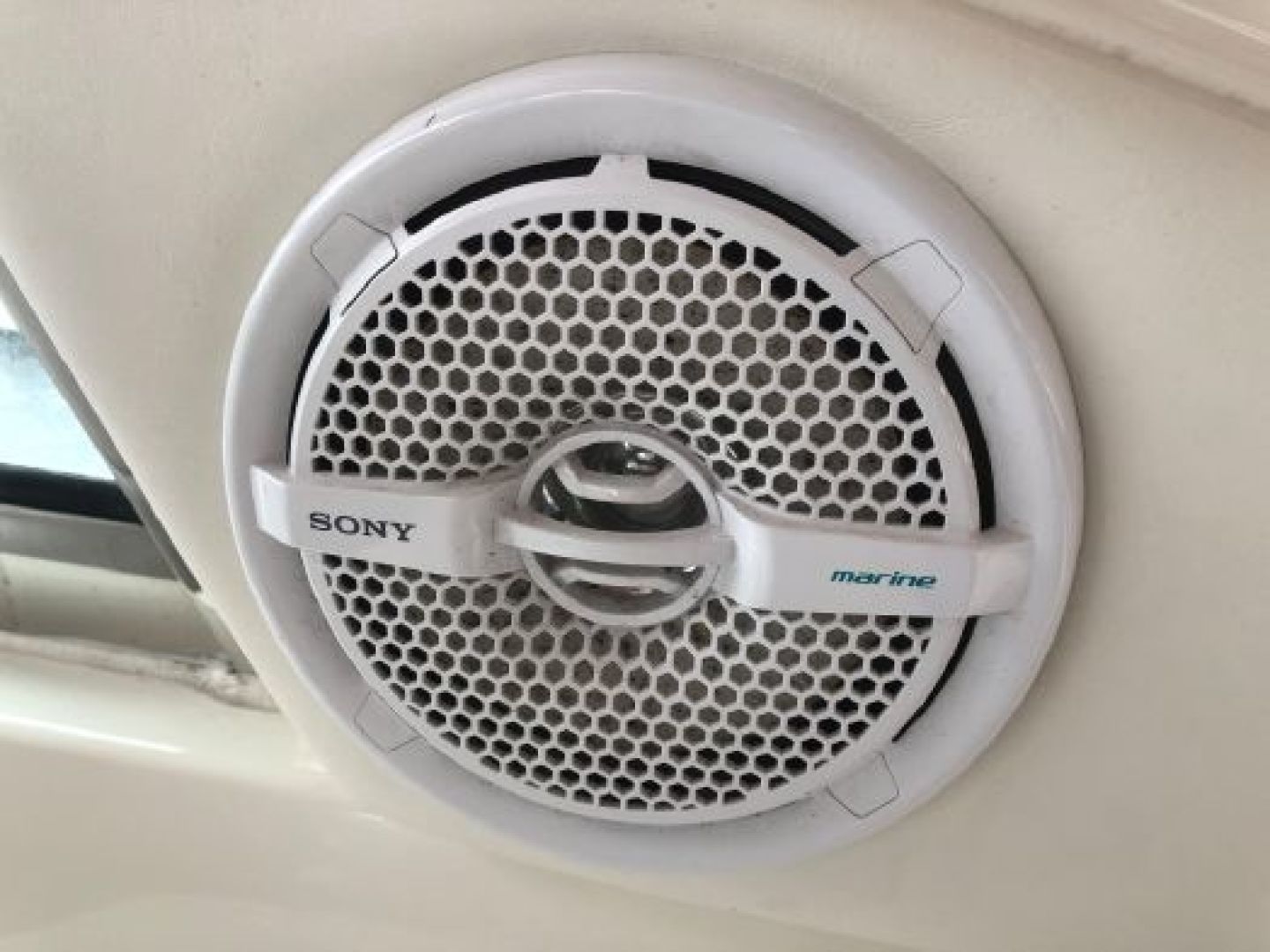 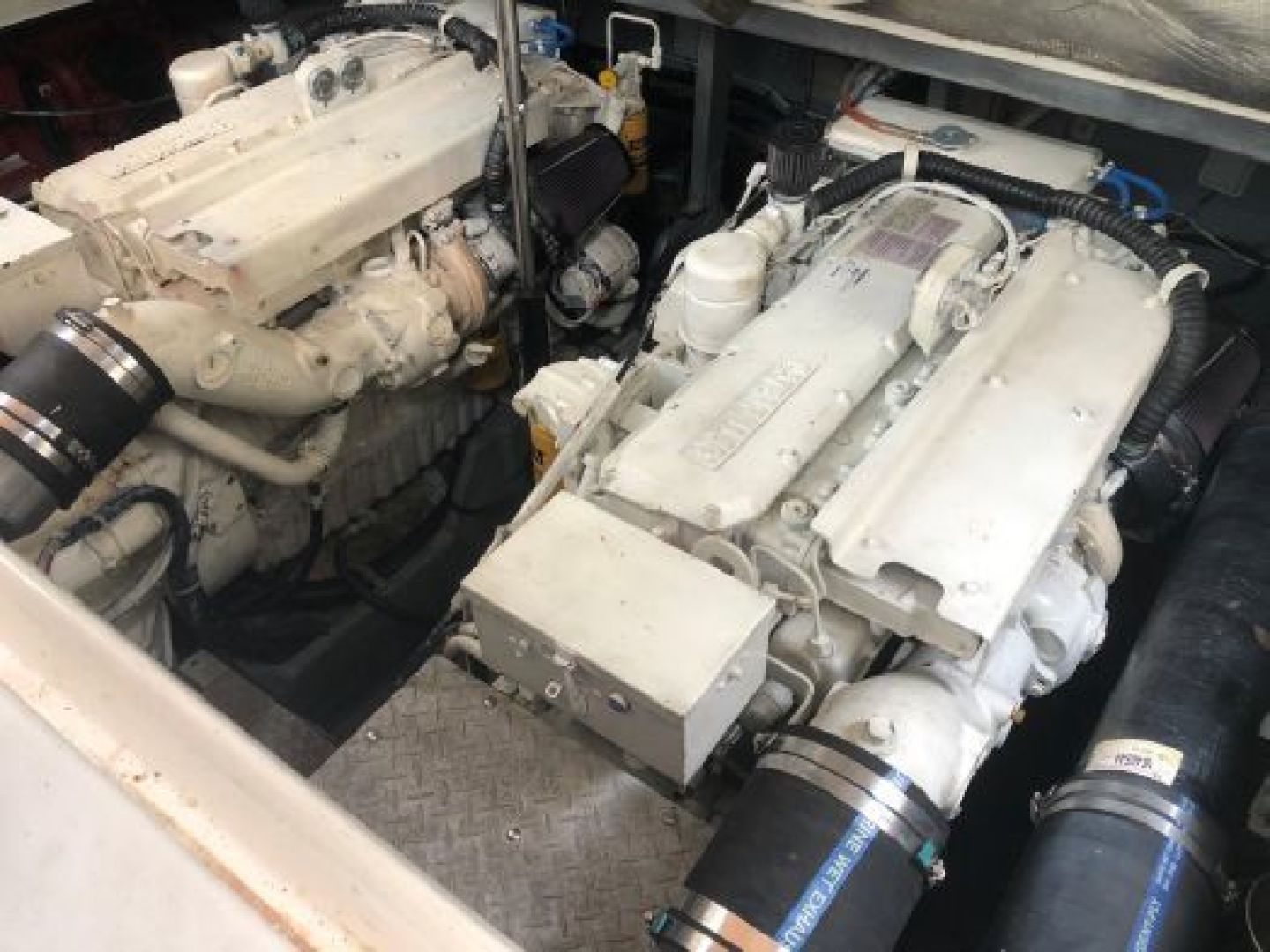 Sleek, Super Clean and Spacious Sundancer Awaits You, Your Family and Friends

There is no mistaking the look and feel of this classic 41' Sea Ray yacht...or the performance, comfort and priceless memories it can create for its next owner.

Lovingly cared for and begrudgingly put up for sale by its relocating owner, this cruiser has the size and features perfect for day cruising or weekend jaunts with a full crew.

And so much more!

Sea Ray’s 41-foot Sundancer has the same spit and fire as the Old West’s infamous pistoleer.

Forget Butch Cassidy. He was all talk, and he couldn’t shoot for beans. It was his partner who got the famous duo out of most of their scrapes. Always quick on the draw, never rattled, the Sundance Kid was the ultimate strong, silent type. With his smile and his six-shooter he could get into and out of everything the Old West put in front of him–and enjoy himself the whole time.

Sea Ray’s 410 Sundancer is also the ultimate strong, silent type. With throttles down she’s quick on the draw, and no matter what the speed or sea conditions, her rock-solid, traditional construction never rattles. Armed with an arsenal of standard equipment that’s second to none as well as an express-style layout with two heads instead of one, she turns what the sea puts in front of her into an adventure. Calm, collected, and charming as hell, the 410 is built not only to punch through waves, but to enjoy every minute of it.

On the morning of our test, I met PMY’s boat test guru, Capt. Bill Pike, for a high-protein breakfast near Miami Beach. We hopped on over to Bassett Boats, where amid a throng of motor-yachts, the Sundancer looked ready for a hard day of testing on the Intracoastal Waterway. We carried the test gear aboard, opened the hydraulic engine-room hatch in the cockpit, and got started. Splicing fuel flow meters into the fuel lines of the Sundancer’s port-side 350-hp Caterpillar 3116 diesel was a breeze: With no deck overhead and a wide walkway between the engines, there was enough space to throw a lasso. The diesels were also rock-solid: The isolation mounts were secured on flanges through-bolted through the engine bearers.

Five batteries are mounted on the port side behind the two Racor fuel filters (one per engine). Sea Ray mounts the Racors on an upright two-by-four, secured top and bottom, an approach that hinders easy access to the batteries. A more solid and less prominent bulkhead mount would be better. The eight-gallon Atwood water heater near the firewall was easy to reach for any winterizing maintenance, but the Westerbeke 7.2-kW genset was buried pretty deep on the outboard side of the starboard engine. Changing the oil in the unit will require some agility.

After the gear was hooked up, we lowered the hatch and fired up the Caterpillars. Once out of the no-wake zone on the Intracoastal Waterway, we pushed the throttles to full, and the Sundancer launched from lope to full gallop. As she hit 2800 rpm, the radar gun confirmed a top speed of 34.3 mph–respectable for a 22,000-pound boat full of fuel (335 gallons), full of water (100 gallons), and carrying test gear and three people. Strong, silent type? You bet. When she was at wide-open throttle, the decibel meter registered only 88 dB-A at the helm (65 is the level of normal conversation).

After the speed trials, we treated the Sundancer to some wide-open-throttle, hard-over turns; she performed them with ease, gusto, and not a hint of ventilation. The Teleflex hydraulic steering was smooth, and with only four and a half turns lock to lock, it was easy to get back on course quickly after pulling a hairpin 360. Moreover, our Sundancer leaned into turns smoothly and predictably and regained her speed in straightaways with dispatch. Of course, a symptom of most V-drives is that with the engine weight so far astern, the bow tends to rise significantly when getting on plane. The Sundancer is no exception. Although running attitude at speed is such that you can sit down and drive comfortably, I lost sight of the horizon for a couple of seconds when coming out of the hole–even while standing at the wheel and I stand at 6'4".

A sudden thunderstorm interrupted the morning with gray skies and rain. As the wind whipped up a two-foot chop, the Sundancer turned rain dancer. With her modified-V bottom, 19-degree deadrise, and four running strakes, our boat sliced through the water like a Bowie knife. We ran a second round of speed trials, and she outmatched her earlier performance.

After giving our test boat a long, healthy workout, we re-turned to the docks, where I spent a few hours getting to know her better. I stretched out on the double island berth in the forward master stateroom, where the five-inch-thick, dual-density mattress (egg crate on top for comfort, stiff foam be-neath for support) could have encouraged some serious shut-eye. With two sealed ports and a wide hatch overhead, the room gets plenty of light and air. Two hanging lockers and a Panasonic TV/VCR complete the comfortable assemblage. There’s a door from the master to the port-side head, where Corian countertops and copious cabinetry let you stow every possible toiletry. The enclosed shower has its own opening hatch overhead for ventilation and light.

The saloon stretches full beam and has a maximum headroom of six and a half feet. An overhead hatch, a skylight, and three opening ports give the space the gift of light. You can cook up breakfast at the port-side galley, where a Kenyon three-burner electric stove and Panasonic 1,100-watt microwave will keep your second plate warm. Though the sink drain had a P-trap, I’d feel better if the hose was looped (some builders even use a seacock to keep the drain secure). The midcabin sleeps two more and has a solid sliding door (a rare find in boats of this class) and an en suite head with standing headroom, shower wand, and window–pretty good treatment for those extra faces that show up sometimes for a free ride.

Up top, a quick look around the Sundancer shows that Sea Ray designers are into comfort and easy above-deck movement. The cockpit is large and, if filled to the gills, could seat eight. On the hook, your crew can break out optional sunpads and bathe on the foredeck like lizards. Omnipresent nonskid makes getting around safe, a benefit that paid off on test day when the rain threatened to make things slippery.

At the end of the day, as I was taking a final look at the engine compartment, something big bumped the boat from below. Then it happened again. I looked over the side and saw about a dozen manatees frolicking in the marina waters. The one-ton creatures were scratching their backs on the hull and surfacing every so often for air. And they certainly had an affection for the Sundancer—like only sea cows could have for a sea cowboy.

Who knows what happened to Butch Cassidy and the Sundance Kid after their last gunfight? Perhaps the manatees knew. After all, it’s possible that one of them—the strong, silent one—came back as a boat. 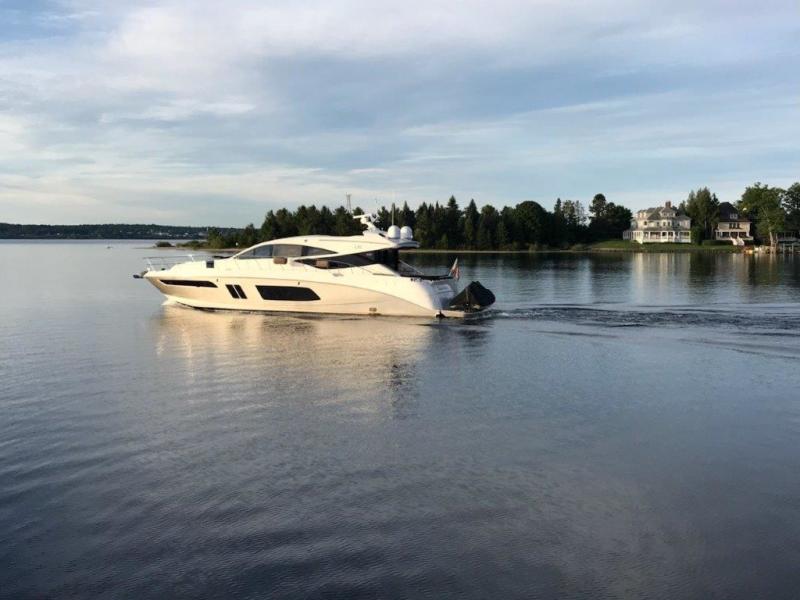 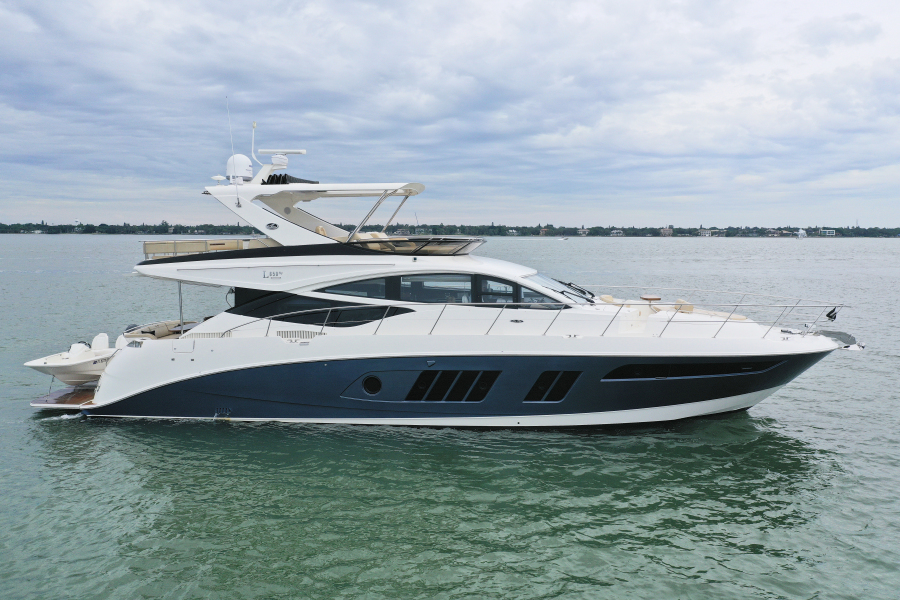 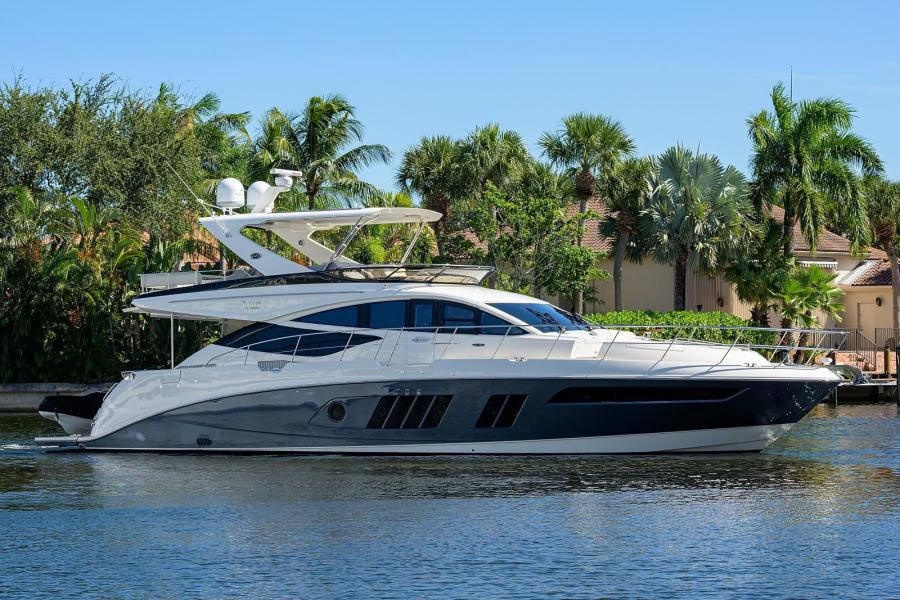