Superbowl Fishing is a 2006 Out Island 38' 38 Custom Carolina listed for sale with United Yacht Broker Steve Castellini. Steve can be reached at 1-856-457-2449 to answer any questions you may have on this boat. United Yacht Sales is a professional yacht brokerage firm that has experience listing and selling all types of Out Island Yachts and similar boats.With over 200 yacht brokers worldwide, we have the largest network of boat buyers and sellers in the industry.

From the stern forward. In the stern of the boat there is a tuna door and a live well/fish box. There is a Pompanette fighting chair and rocket launcher, the deck is a synthetic teak. Forward of that is the tackle center that contains draws and a cabinet. There is a refrigerated drink box and a bait tray also.  In the middle of the tackle center there is a helm chair. The helm is center line aft. There are bench seats on the port and star side. The port side seat is also a storage area. The starboard side seat is a freezer. Forward of that there is a rod locker. The entrance to the salon area is in the center of the boat. There are three steps down. On the port side is the head and shower. The starboard side is a dinette. The galley is on the port side and all the way forward is a queen is bed. There is a flat screen TV on the bulkhead that faces toward the bow.

The deck in the cockpit is made of synthetic teak. The gunwales are nonskid. There are six rod holders in the gunwales. There is tuna door in the transom, a live well/fish box also. There are two fish boxes in the deck that have macerator pump outs. The fighting chair is a Pompanette with a rocket launcher. Helm chair, port and starboard back rests on the bench seats. There is a tackle center, chilled drink box, bait box, full tuna tower, three sided eisenglass, and rocket launcher on tower. In the tower there are controls, and a bench seat. The hard top has a teaser reel box with two Maya Epoxy US 9 R`s. The out riggers are Pipewelders. There is a pulpit and a Simpson–Lawrence anchor handler. The engine room has two accesses-One in the deck forward of the console. 2nd access-The entire bridgedeck lifts on an actuator.There is a Fireboy in the engine room. There are Racors for both main and generator engines. There are covers for all chairs, helm, cockpit, and tower console.

The Boat has both generator and shore power. The shore power is a single 50 amp service. The generator is a Kohler. There is a 12 volt system along with a 60 amp Charles battery charger. It has 12 volt lights throughout the boat. Also spreader lights in the tower. There is a Reverso oil change pump, engine room blowers, hot water heater, refrigerator/freezer, flat screen TV, Cruise Air reverse cycle AC, and a Chilled drink box.

This boat is kept in excellent condition.

*Engine hours are as of the date of the original listing and are a representation of what the listing broker is told by the owner and/or actual reading of the engine hour meters. The broker cannot guarantee the true hours.  It is the responsibility of the purchaser and/or his agent to verify engine hours, warranties implied or otherwise and major overhauls as well as all other representations noted on the listing brochure.

Our Out Island Yachts listing is a great opportunity to purchase a 38' Sport Fishing for sale in Pensacola, Florida - United States. This Out Island is currently listed for $175,000. For more information on this vessel or to schedule a showing, please contact United Yacht Sales broker Steve Castellini at 1-856-457-2449. 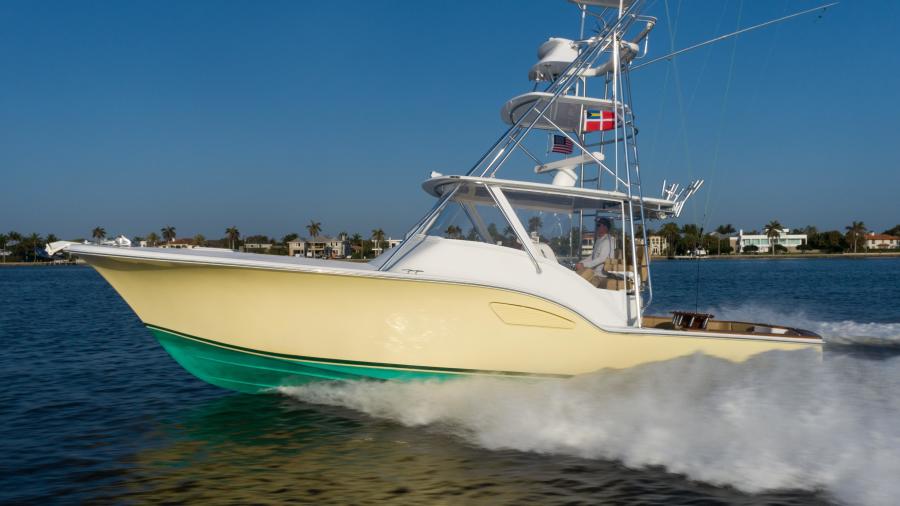 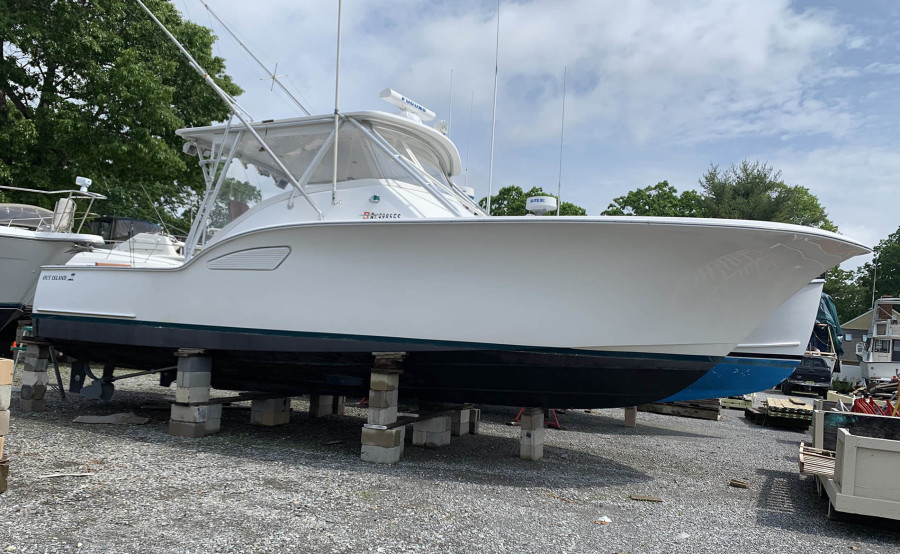