This Vessel is no longer on the Market

Contact us for more information about what similar boats are currently available.

Quiet Storm is a 1985 Nordlund 61' Raised Pilothouse listed for sale with United Yacht Broker Dan Sammis. Dan can be reached at 1-561-460-7009 to answer any questions you may have on this boat. United Yacht Sales is a professional yacht brokerage firm that has experience listing and selling all types of Nordlund Yachts and similar boats. With over 250 yacht brokers worldwide, we have the largest network of boat buyers and sellers in the industry.
Share This Yacht
Contact Broker
Specifications Details

Those who have had the privilege of cruising in the Pacific Northwest will be familiar with the Nordlund Boat Company. Nordlund is a highly regarded, family owned and operated, custom yacht builder in Tacoma, Washington and has a history spanning over 55 years of building some of the finest yachts in the world. The Nordlund 61 was built in a joint venture between Nordlund and Tollycraft (with Nordlund building the molds and hulls and both companies finishing hulls in their separate but similar configurations) with the Nordlund variation boasting a stand-up engine room. Both configurations remain highly sought-after cruising yachts, and "Quiet Storm" is a modernized and upgraded version of this enduring classic; available now only due to the owner’s recent move to Europe.

"Quiet Storm" is near the end of an extensive upgrade and re-fit period with all of the systems and mechanical work complete; some interior and exterior cosmetic work to be done but the Seller’s move to Europe forces the sale. All offers considered. Inquire for digital virtual-tour.

Enter from the aft deck through double opening, windowed doors and you immediately notice the generous space, large sofa to starboard with complimentary storage/entertainment cabinet and love seat to port. Forward is a beautiful backlit, Onyx breakfast bar, open to the galley and suitable for two to three bar stools.

All new electronics suite installed in Pilothouse and Flybridge along with new engine computers, house computer and Glendinning Joy-stick control. Highlights below, inquire for additional details.

Lower deck is accessed from a midship stairway on the port side, adjacent to the Galley. Aft from the stair is the Master suite with private head and separate shower stall with built-in seat. Large cabinet to port and large hanging locker aft. Numerous drawers for personal storage. In the center of the Master Cabin aft bulkhead is a large cabinet with stand-up, water-tight access door to the Engine Room. Forward from the stair and port is the “common head” for guest and easy access “day” use. To starboard is the midship, Twin Berth Guest Cabin with large generous hanging cabinet, and storage drawers. Further forward to port is the Laundry center with stacked washer and dryer, storage cabinets and folding counter. To starboard is the third head with separate shower stall forward and private entry door to/from the Twin Berth Guest Cabin. At the forward end of the companionway is the large Forward Cabin with four single bunks, ideal for a few adults, or four or more children. A large deck hatch in the overhead offers light, ventilation and egress to the foredeck. Inquire about 360-Degree interactive virtual tour to fully appreciate the interior spaces offered in this yacht.

Access to the Flybridge/Boatdeck is gained via a stair to port of the Galley and from a ladder on the aft deck. All new flybridge electronics and helm console are easily controlled from comfortable helm chair and matching companion chair. A large settee is aft with storage underneath and a smaller settee is to port with additional storage under. A new aluminum tube frame stretched canvas top keeps the sun and most of the weather of the crew. The all new Radar Arch adds support to the bridge top and house all of the new antennas. The Boatdeck offers a large storage cabinet forward with space for a BBQ grill (original grill has been removed, two propane bottles and regulators are included). Bomar 1500 lb. power-rotation davit has been recently serviced and with rebuilt hydraulic ram.

Full stand-up Engine Room with easy stand up access from Master stateroom closet and aft deck hatch with ladder. Numerous upgrades under this owner and in the past several months.

Over his tenure, starting in 2005, the current owner has invested heavily into upgrades on this yacht. Soon after purchase hydraulic thrusters were installed and the anchor windlass was upgraded to hydraulic. Not long after, Wesmar stabilizers were added. When the original Detroit Diesel 8-92s were nearing overhaul, the owner opted to re-power with fresh Cummins QSM-11s and replace the original generators with new Northernlights units in sound shields.

In late 2014 the yacht was transported from British Columbia to South Florida. She was lightly used in South Florida and the Bahamas and in mid 2018 an aggressive refit program was started. All major services were completed; the Wesmar hydraulic system was upgraded; new sinks and counters were installed in the galley and heads; new wall coverings and headliners were installed. In mid 2019 the yacht suffered a lightning strike that damaged the electronics, the engine computers and some electrical circuits. Since then an all new, upgraded electronics suite has been installed, new main engine computers, and many upgrades to the electrical system including all new LED overhead lighting. A new antenna arch with all new antennas and a pipe frame and canvas top was installed. Satellite TV was added and a Glendinning Joystick controller with StayControl was additionally installed. New batteries, filters, flares, nearly full fuel tanks and more, make this yacht ready to go cruising, now.

An assortment of items are currently stored in cabinets on deck and inside the yacht and under the salon settee. Buyer should be prepared to inspect and inventory additional equipment. These items include:

"Quiet Storm" is one man’s million-dollar project that can be had for less than half that amount. Over $600k invested in the past 2 years but owner’s move to Europe forces sale. Some cosmetic details yet to be addressed, but all the “heavy lifting” is complete. She’s a really solid, comfortable and capable yacht.

Our Nordlund Yachts listing is a great opportunity to purchase a 61' Pilothouse for sale in Fort Lauderdale, Florida - United States. This Nordlund is currently listed for $395,000. For more information on this vessel or to schedule a showing, please contact United Yacht Sales broker Dan Sammis at 1-561-460-7009. 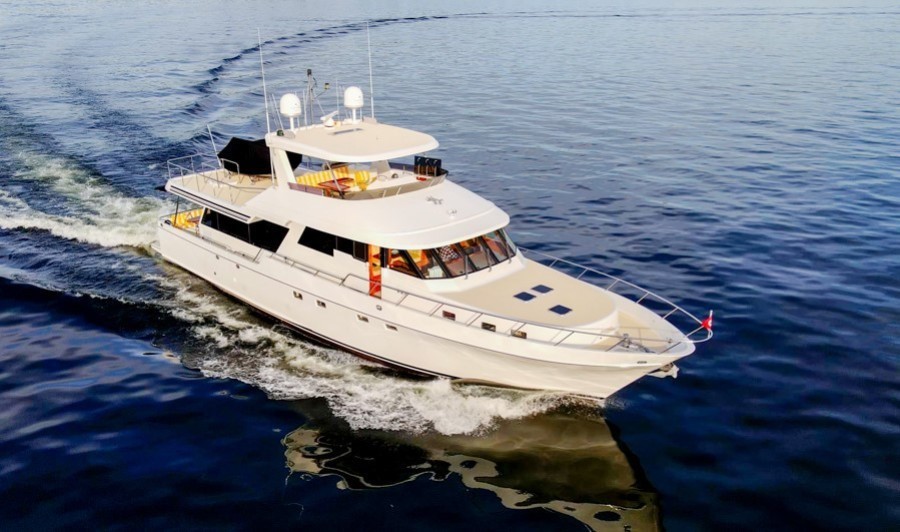 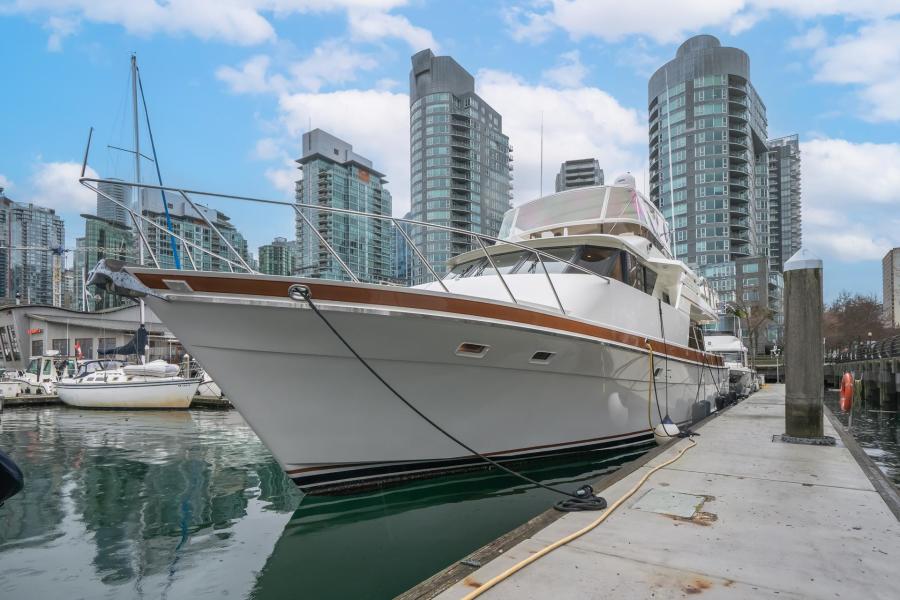