TAIA is a Morgan 46' 461 currently listed for sale on the market. While this boat is not currently listed with United Yacht Sales, our team is happy to work on your behalf in the research and potential sale of the vessel. Our commitment to our clients is to find the best yacht available that fits the their needs, no matter where its listed. United is a professional yacht brokerage firm that has experience listing and selling all types of Cruisers and similar boats.

Specifications Details
Taia is a 1980 Morgan 461, a solid cruiser that cruised the East Coast of the US and the Caribbean Sea with a family of four from July/2013 to August/2016. She was safely stored on the hard at RAM Marina in Rio Dulce, Guatemala, from September/2016 to April/2017. She is now on the hard at Green Cove Springs Marina, Florida. Before 2013, when she was known as Liberty, she cruised the East Coast and Bahamas, crossed the Atlantic, and spent a few years in the Mediterranean Sea. She's an experienced boat and fully equipped for cruising!

The sellers have sailed her over 9500+ nautical miles, anchoring in roughly 200 different places. She is safe both underway and at anchor. Her sloop rig is easy to handle, with 2 reefs on the main and a jib on a furler. The spinnaker pole, mounted on a track on the mast, is trivial to deploy for the jib or the symmetrical spinnaker. Easy sail handling for any point of sail.

Every porthole and hatch, as well as both companionways, has screens that keep the bugs out. Three big hatches and three small ones provide excellent ventilation with great air flow through the cabin.

This is a proven blue water cruiser and will take you and your family safely anywhere you want to go!  Call to make an appointment to see her today!
United Yacht Sales is pleased to assist you in the purchase of this vessel. This boat is centrally listed by St. Barts Yachts and Charleston Yacht Sales. It is offered as a convenience by this broker/dealer to its clients and is not intended to convey direct representation of a particular vessel

Taia is energy self-sufficient with renewable sources. As a backup to power generation, she has a 100-Amp alternator and a 5.5 KW diesel generator.

The family of four that lived aboard used roughly 200 Amp-Hours a day, including making around 20 gallons of water a day with the 12-volt water maker, and two 12-volt refrigeration compressors (one for the refrigerator, another one for the freezer). The solar panels and wind generator are perfectly capable of producing more than 200 Amp-Hours a day. And for those rare stints of no sun and no wind, the generator can easily charge the batteries.

All the lights aboard Taia are LED's, including all cabin lights, navigation lights and anchor light. We have a photosensitive anchor light on the arch that consumes about 0.3 Amps. It turns on at dusk and stays on till dawn.

Walker Bay Super Light SLRXH 310 hypalon, 10-foot long. This RIB has a flat floor, making it easy to move around while boarding, and has 2 drainage gutters and a third gutter down the centreline that keeps the fuel line flush with the floor. New in September/2013.
Propulsion for the dinghy (besides the oars, of course) is a 15-HP, 2-stroke, Yamaha outboard bought new in May/2014. This is the most reliable outboard there is and finding spare parts is easy anywhere in the world. It runs without issues.
Taia has big top-loading refrigerator and a big freezer. Each of those is cooled by its own 12-volt Sea Frost compressor with electronic speed-controlled thermostat and thermometer. The system was installed in May/2013 and runs like it was installed yesterday. The compressors can be switched between air-cooled and water-cooled.
New in May 2015.  It's a Spectra 200T Deluxe capable of making 8 gallons/hour. It's frugal in power consumption and is generally run 2 hours per day. The watermaker allowed for 4 showers a day, plus drinking water, dish washing, and cooking.
The v-berth is currently partitioned with a piece of fabric to separate our two kids' bunks. Aft of the v-berth, there's a shelf locker and hanging locker to port and the head to starboard. The head has a shower and an electric toilet.

The nav station is to port, opposite the galley.

Outboard of the passageway going aft there are two bunks which we used to store gear most of the time. Inboard of the passageway is the cavernous engine room with the engine, generator, refrigeration compressors, and Raritan water heater that runs both on 110 volts and off the engine cooling water. The passageway opens up to a huge master cabin with a desk bigger than the nav station and a king size bed (yes, you read that correctly: Taia has a king size bed in the master cabin, made up of two single size mattresses placed side-by-side). There's a 26" LED TV in the aft cabin for those rainy days or family movie nights.

There's plenty of storage space under every surface and a huge cave of a locker under the king size bed.

There are two 16,000-BTU reverse cycle air conditioners on board, one just aft of the v-berth and the other one in the master cabin.

All the interior upholstery was redone in July/2016.
Perkins 4-236, 85 HP. The engine has 4700 hours and purrs like a kitten. Hurth HBW-250 transmission.
Next Generation Power 5.5 Kilowatt diesel generator powered by Kubota engine. The generator is installed in the engine room and is started/stopped from a button on the 110-volt electrical panel. The generator has its own hour counter, which marks 1346 hours.
Back To Yacht Search

This Morgan listing is a great opportunity to purchase a 46' Cruisers for sale in Green Cove Springs, Florida - United States. This Morgan is currently listed for $ 100,000. Not all boats listed online are listed with United, but we can work on your behalf. For more information on this vessel or to schedule a showing, please contact a United Yacht Sales broker by calling our main headquarters at (772) 463-3131. 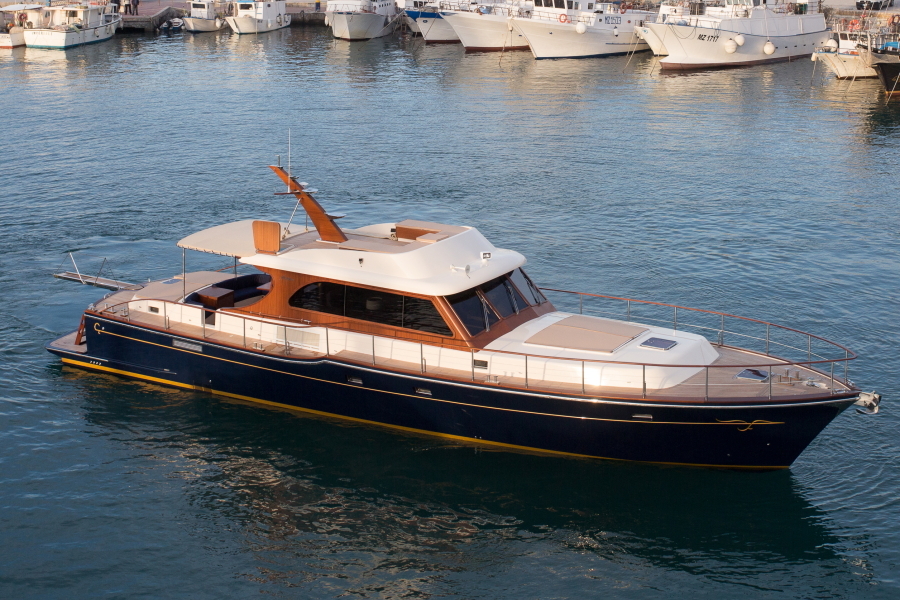 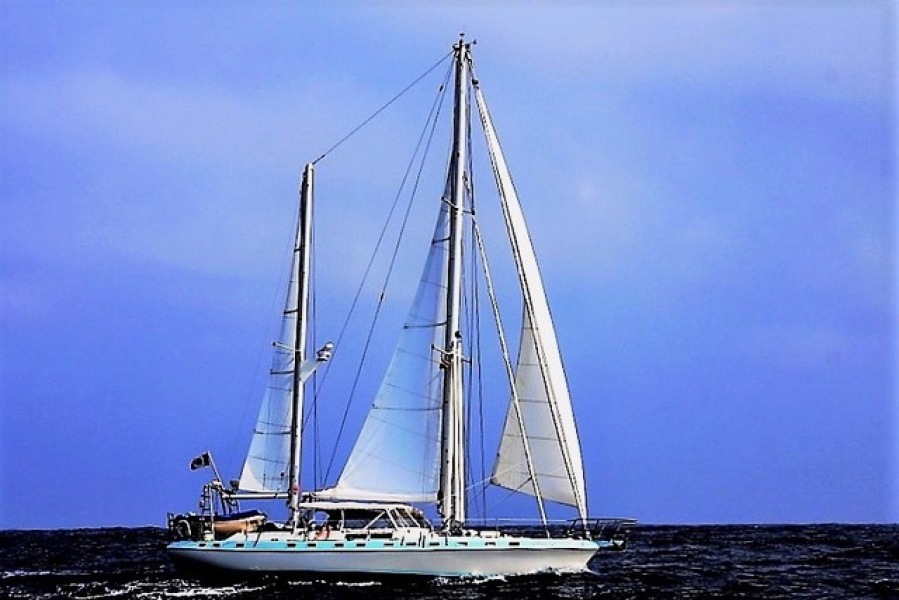