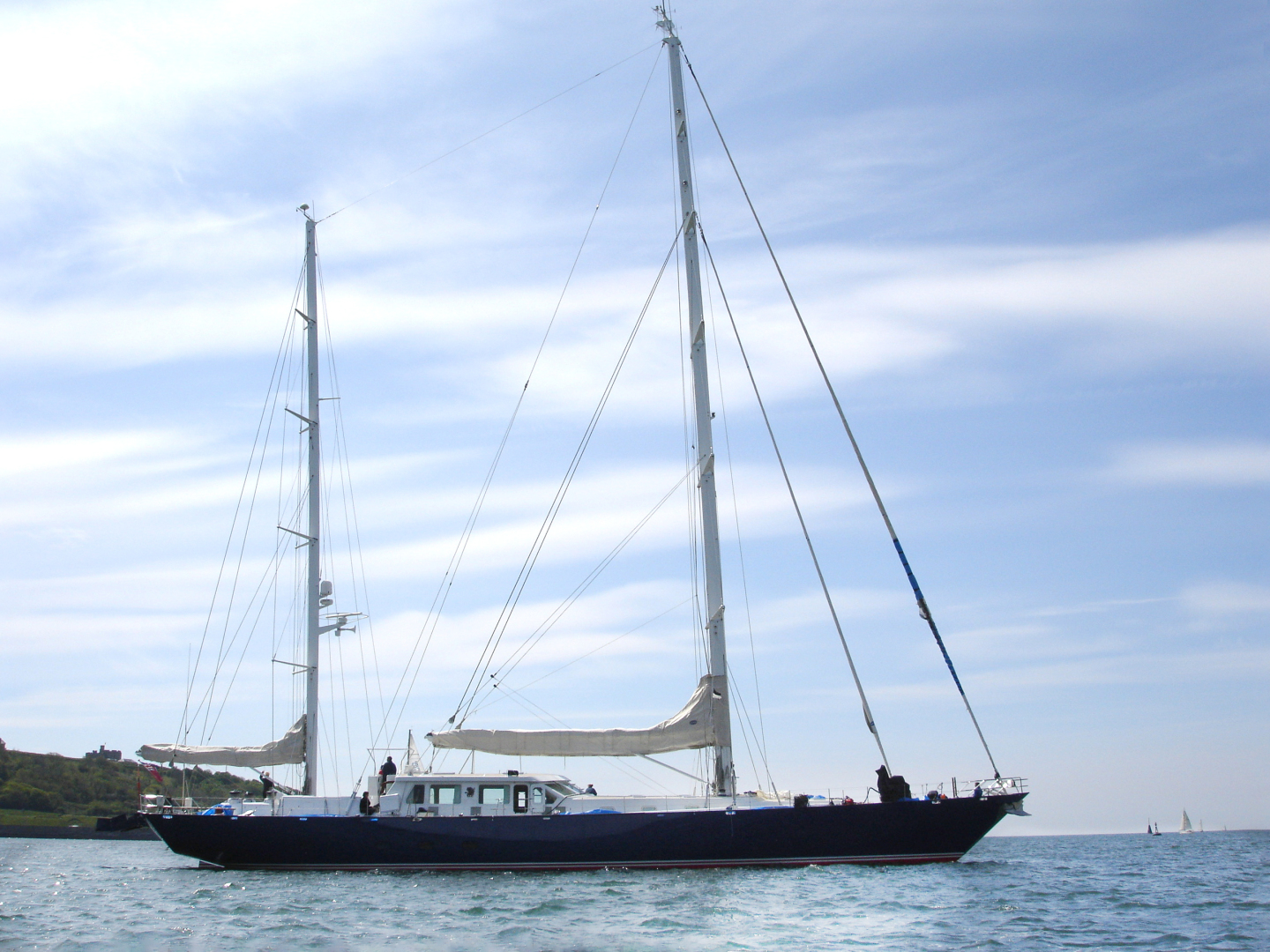 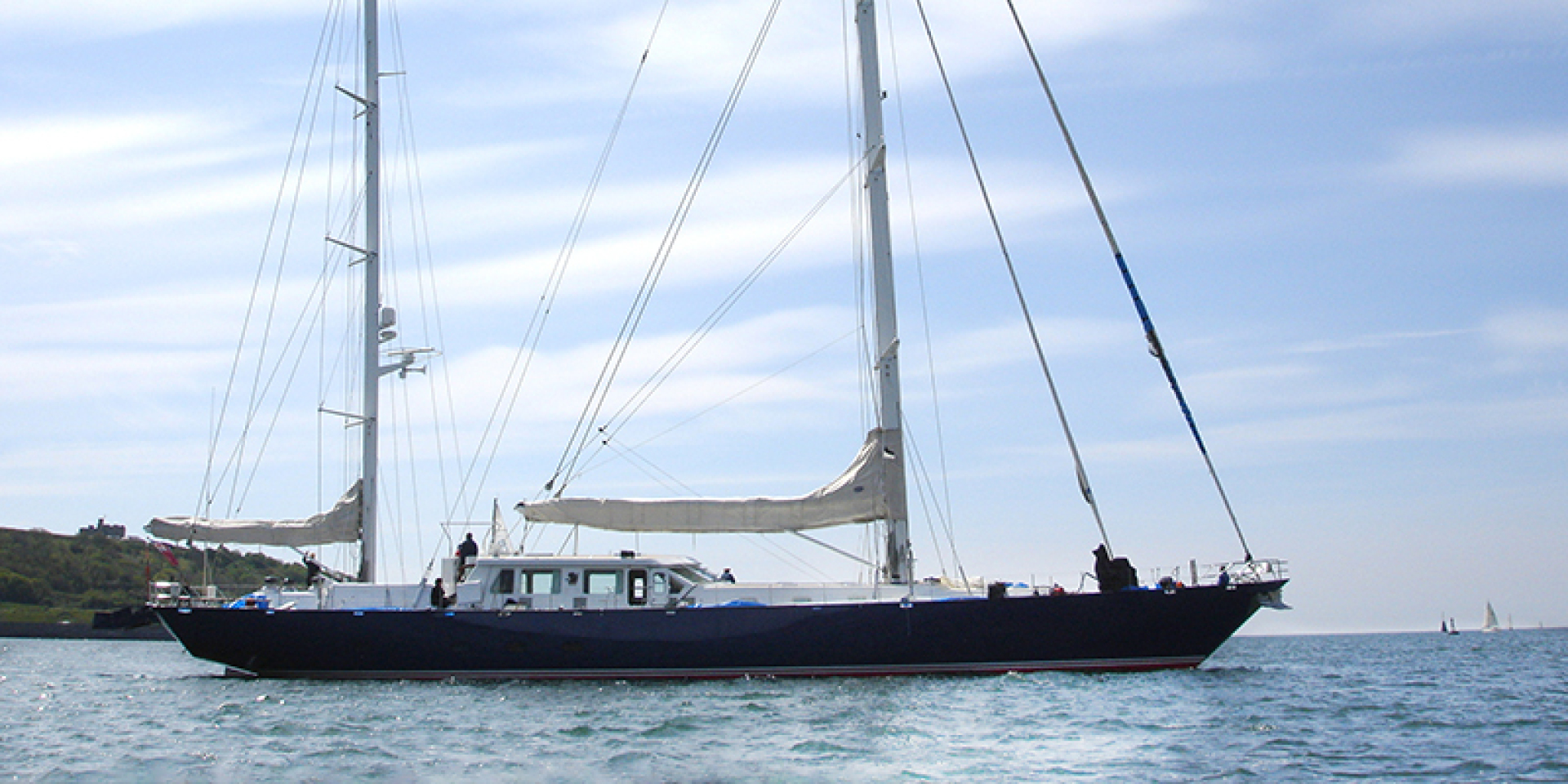 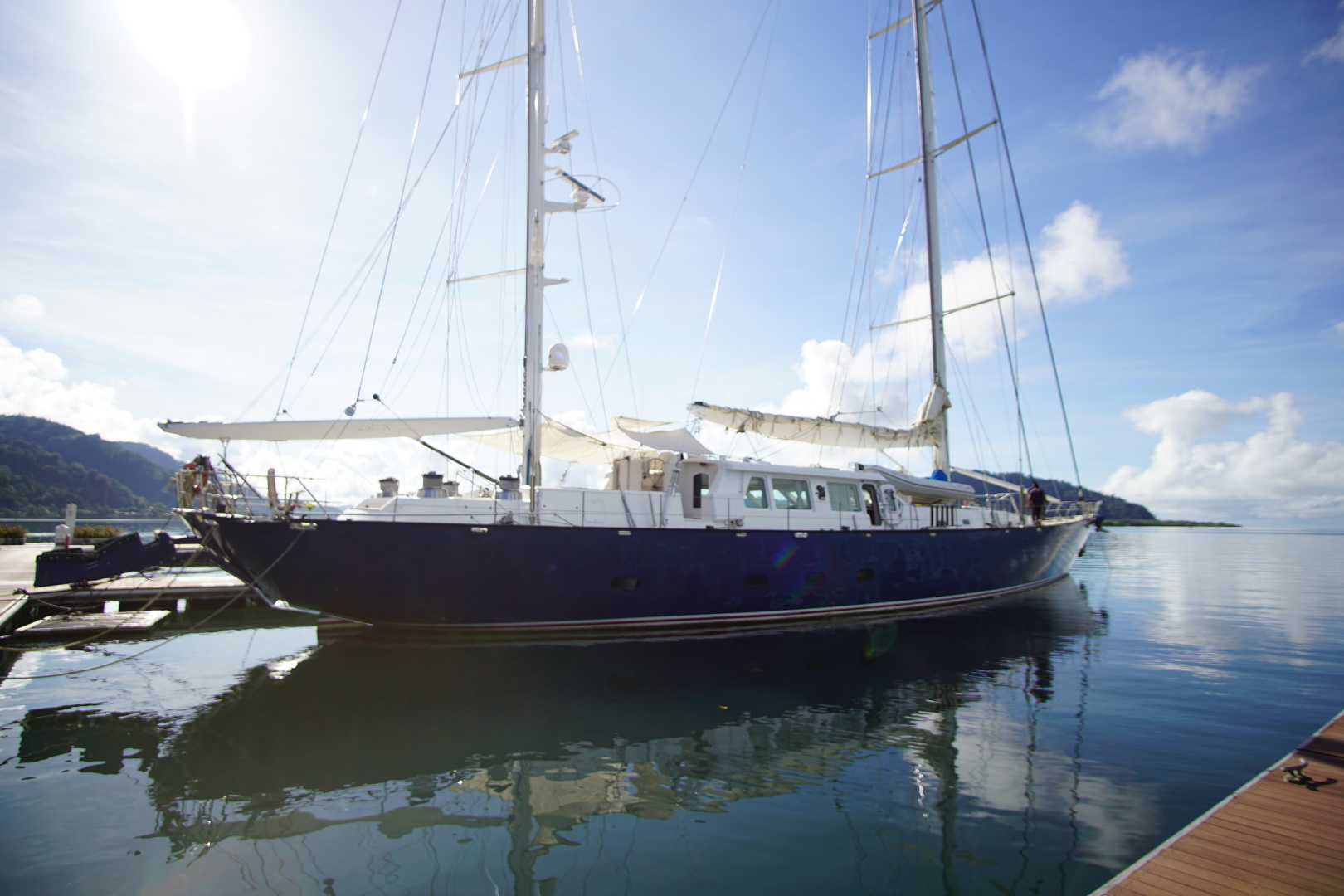 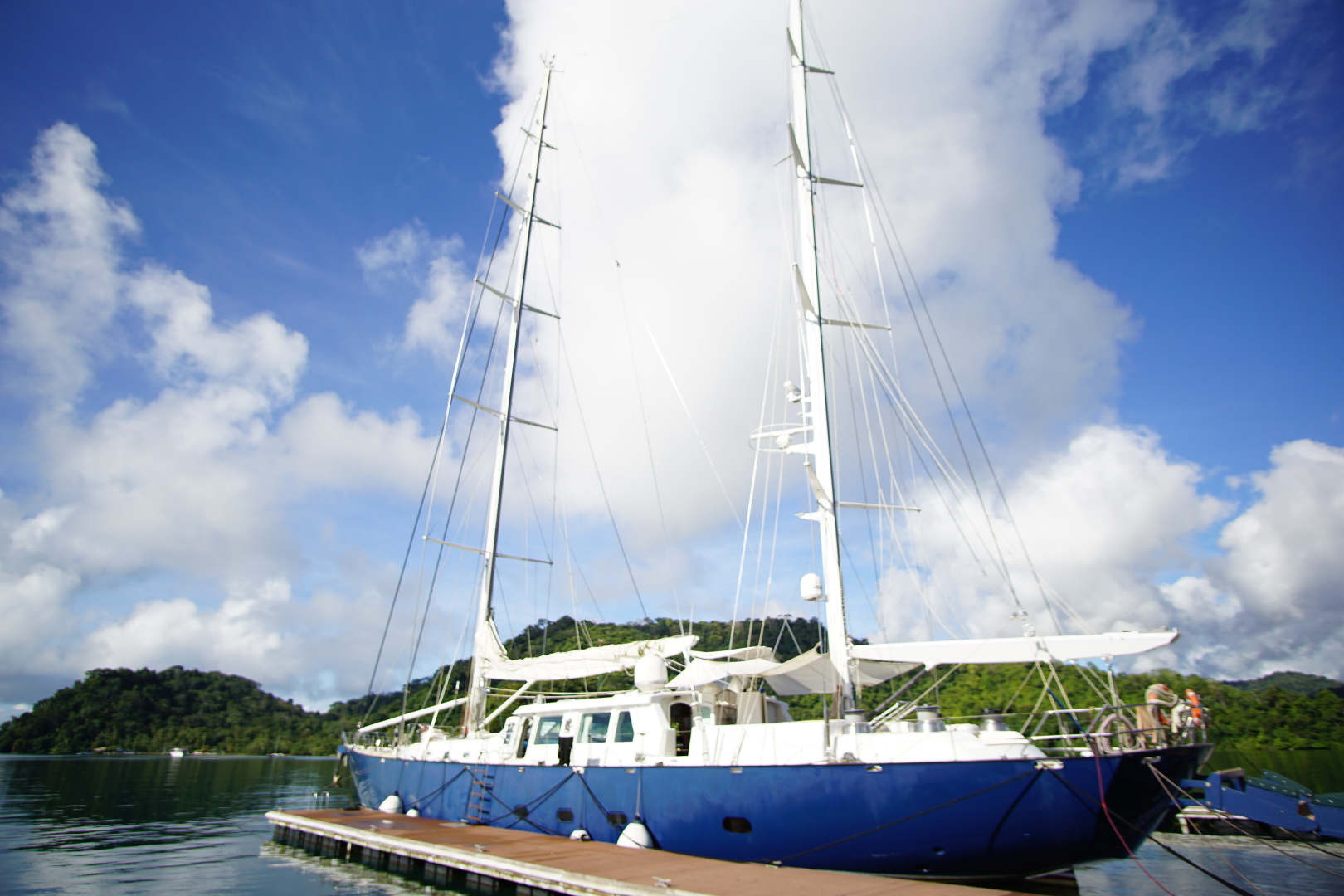 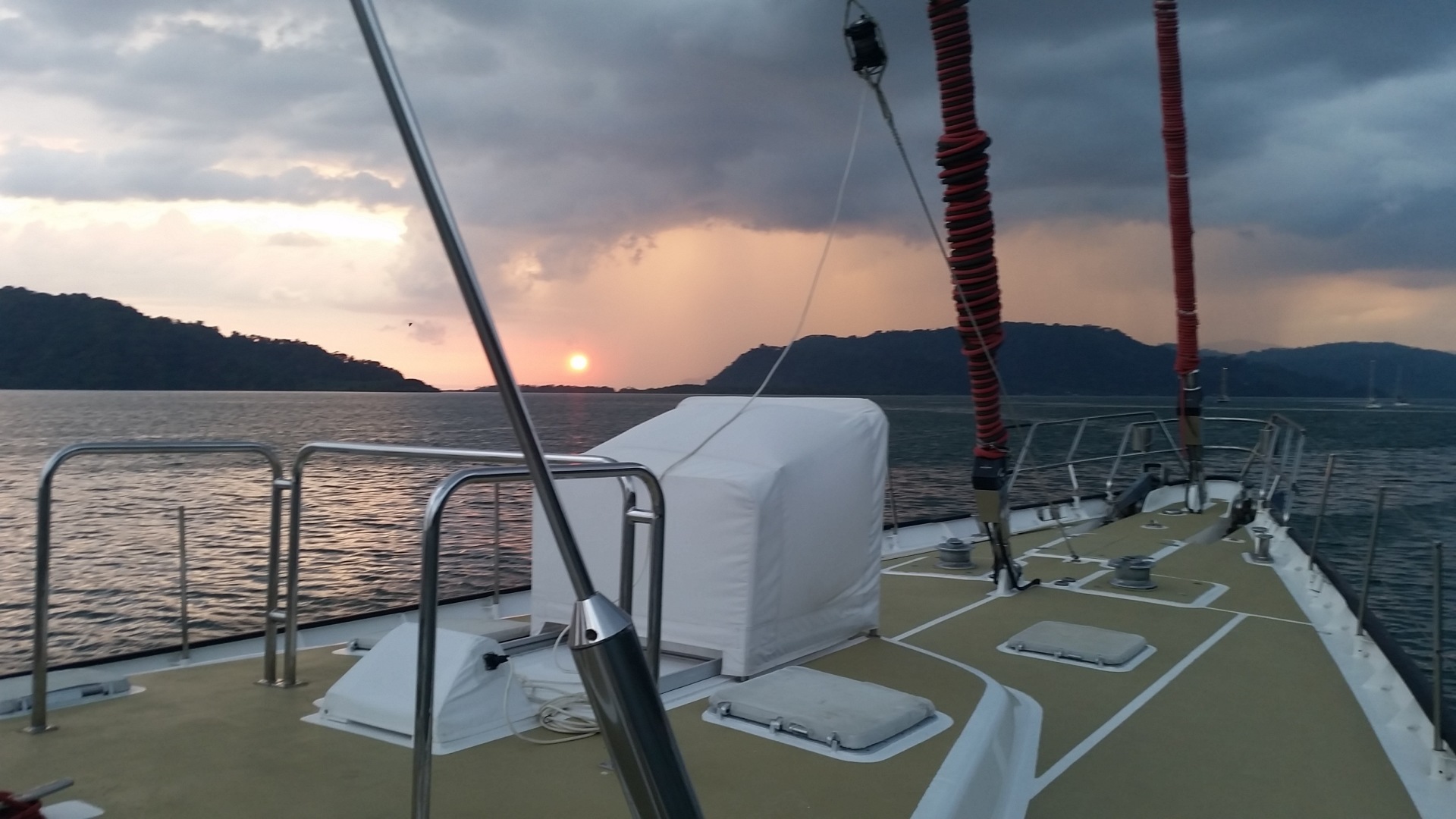 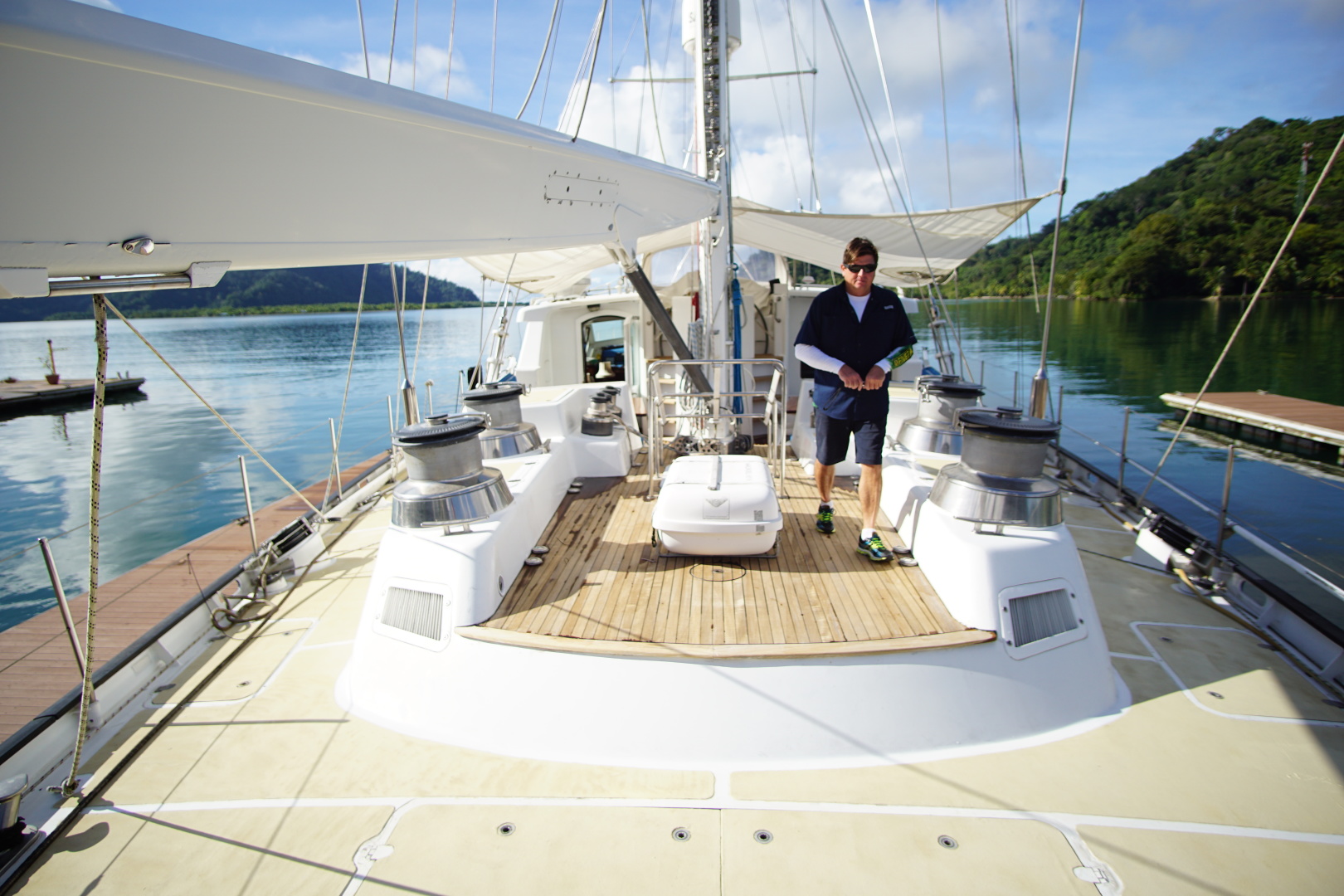 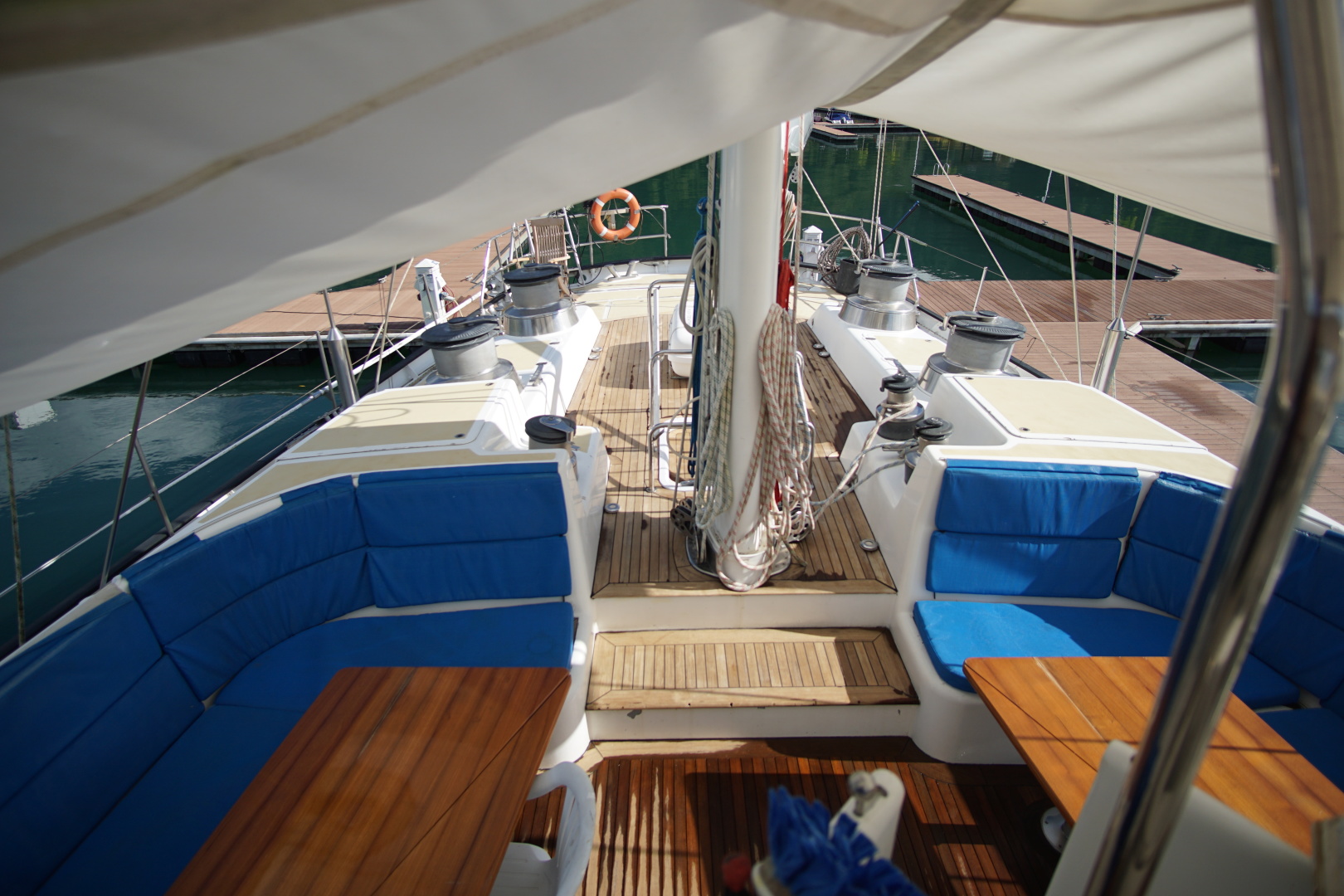 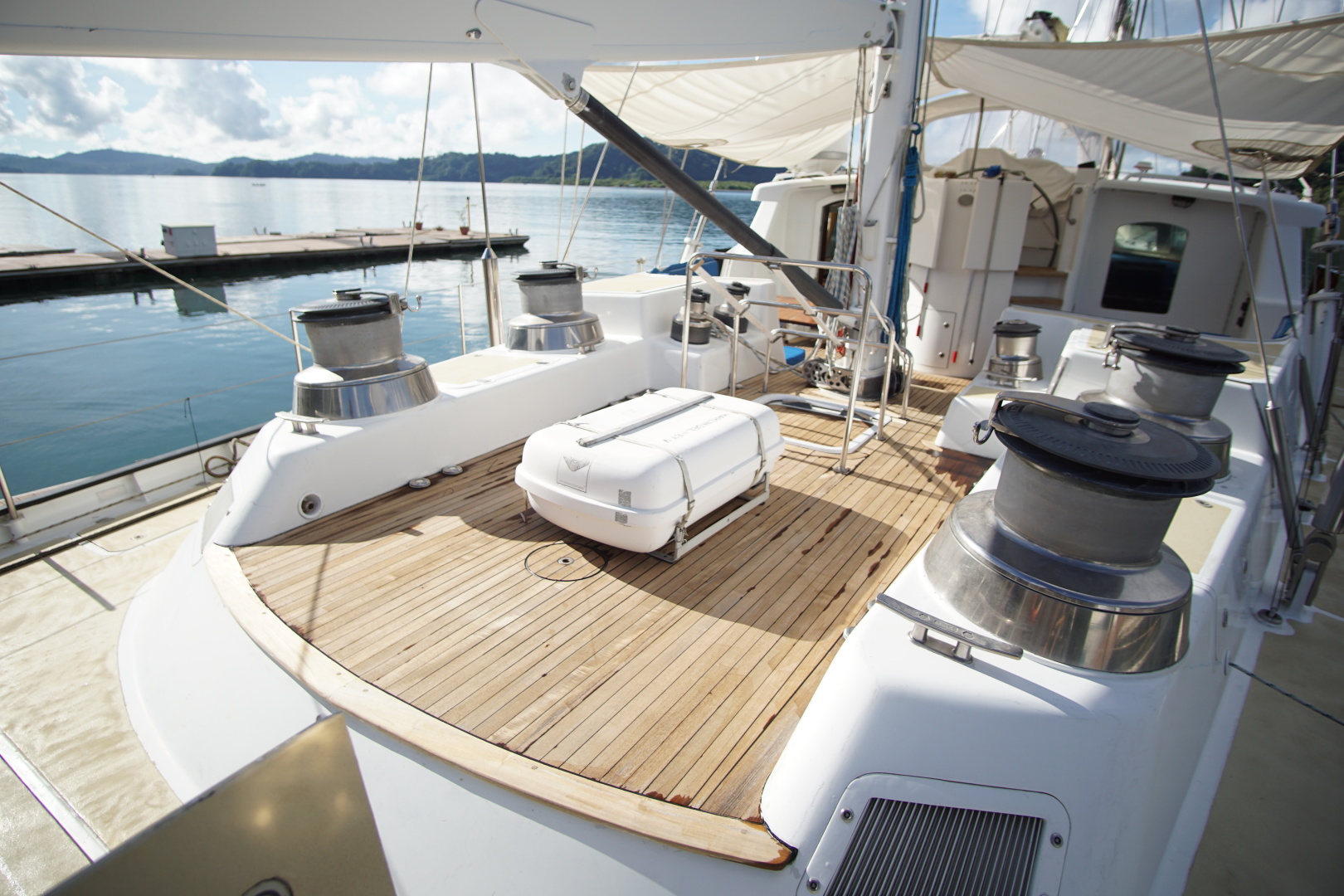 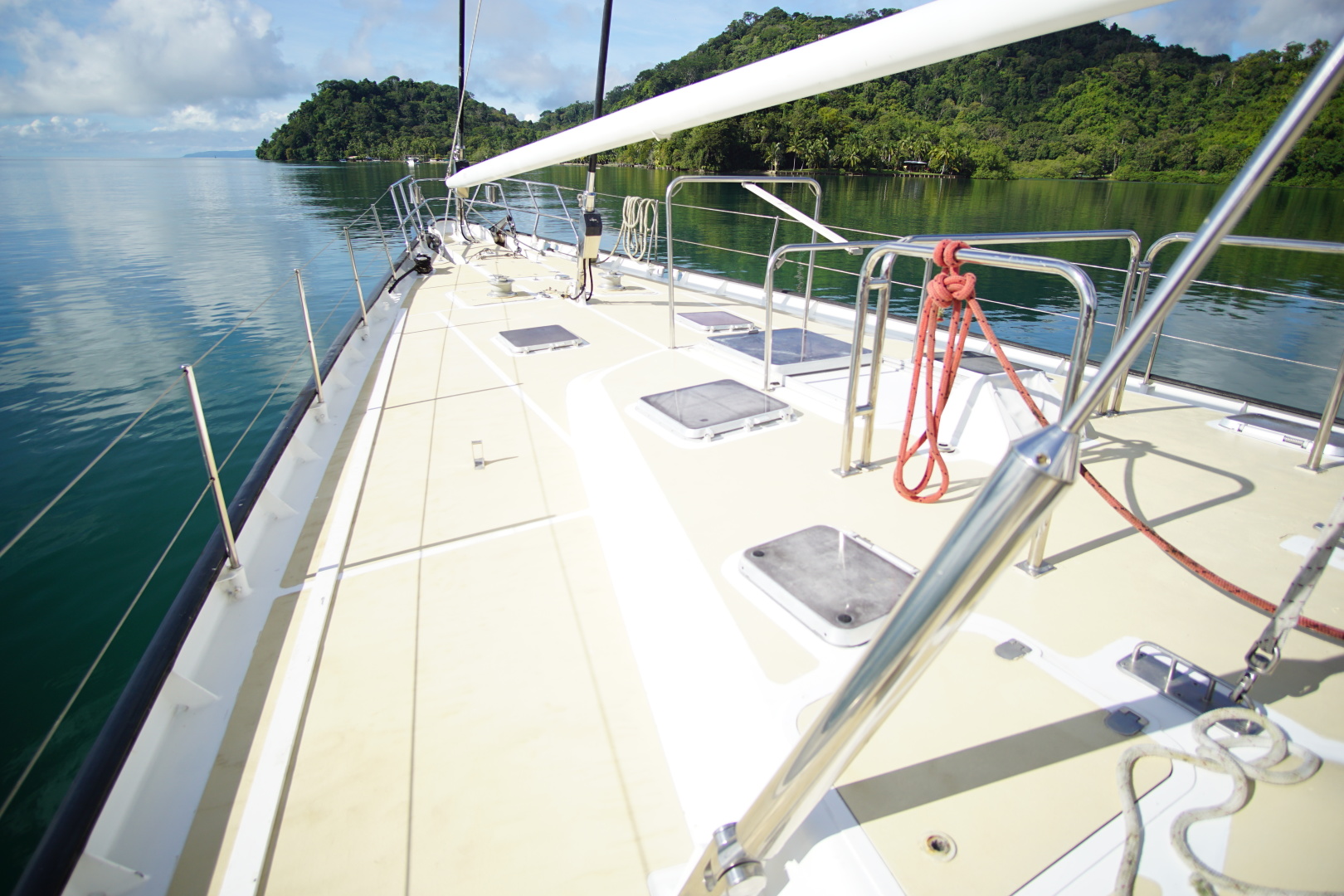 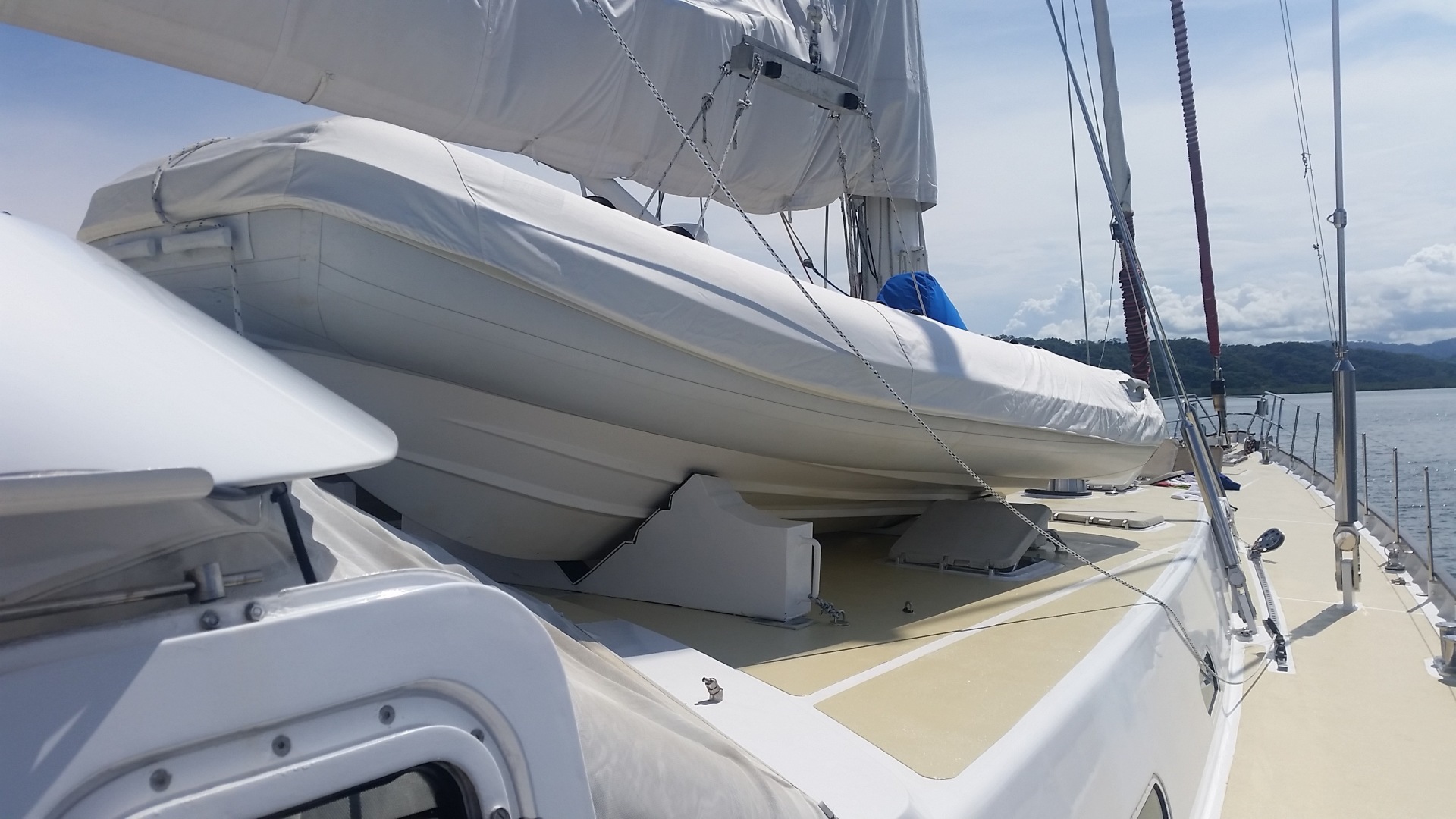 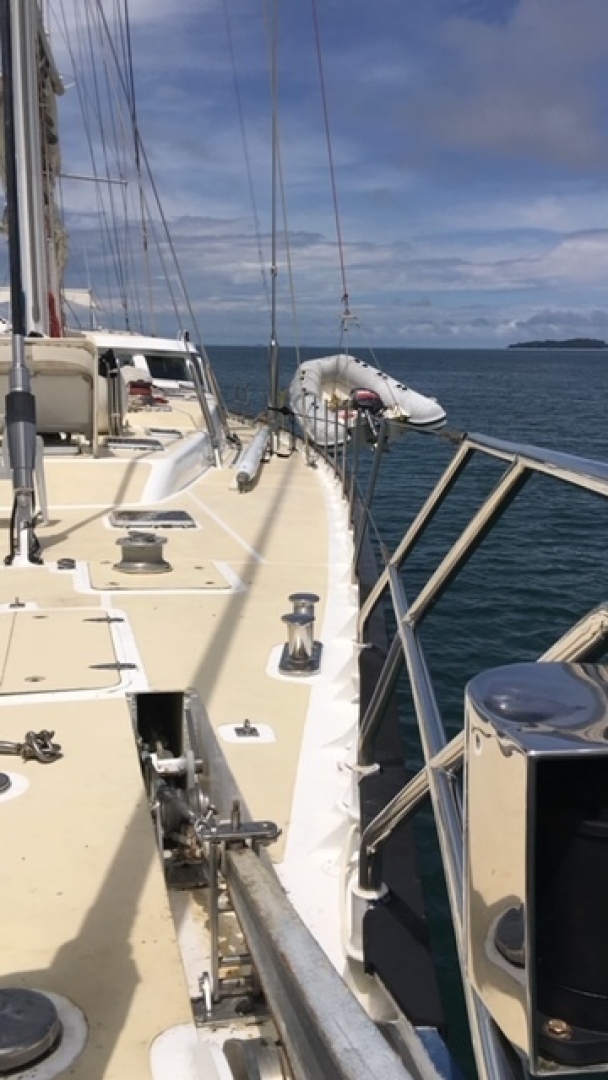 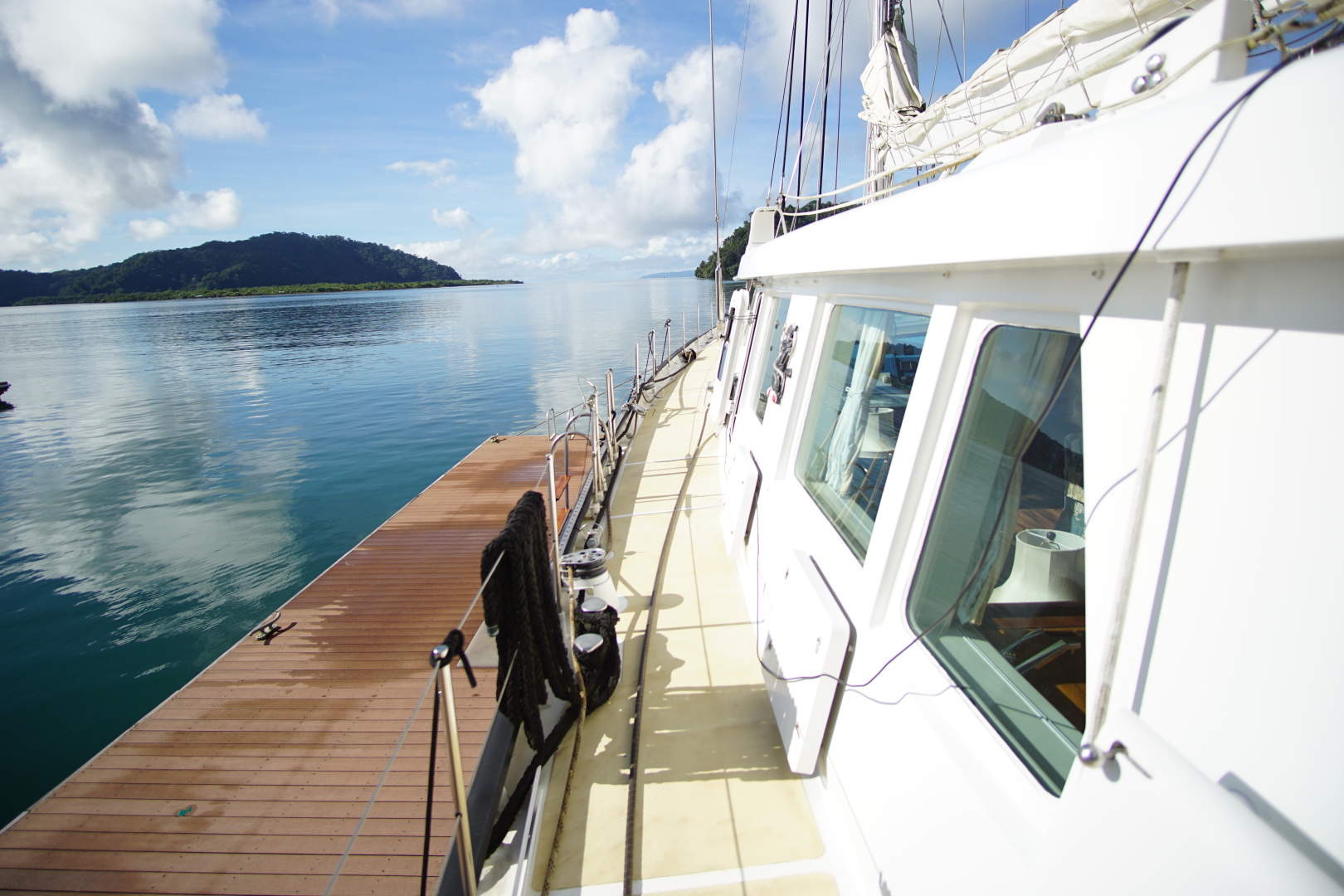 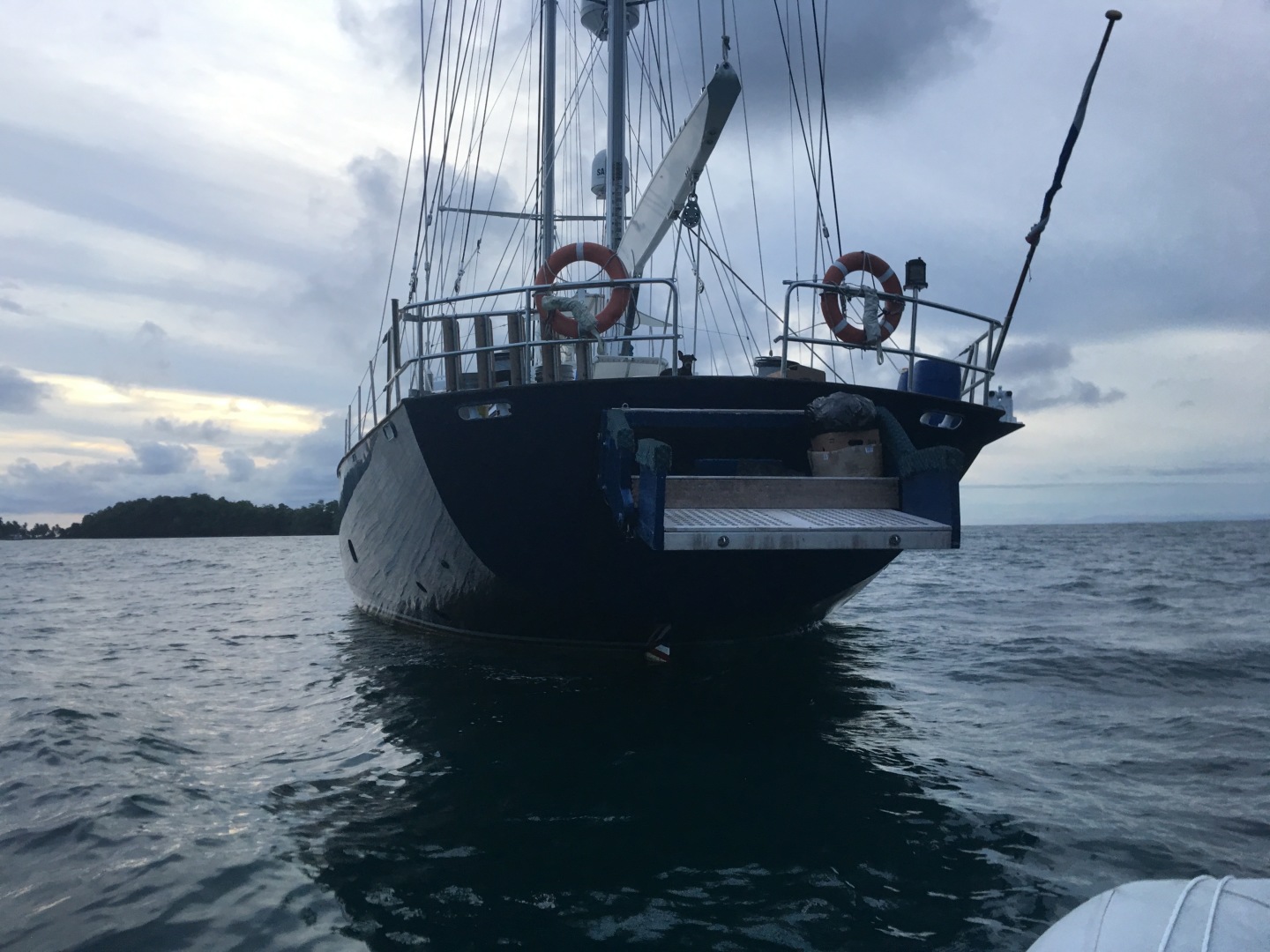 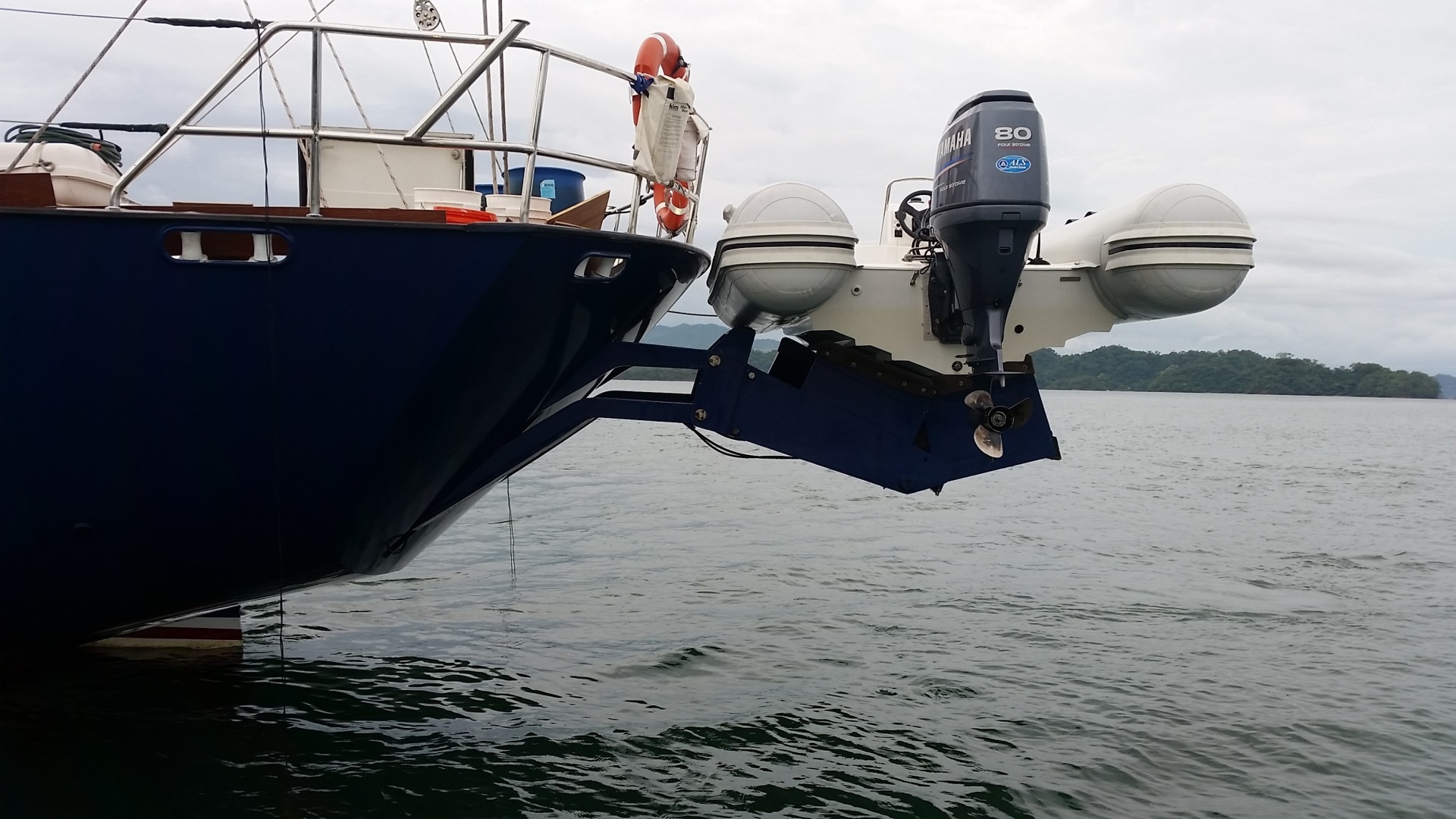 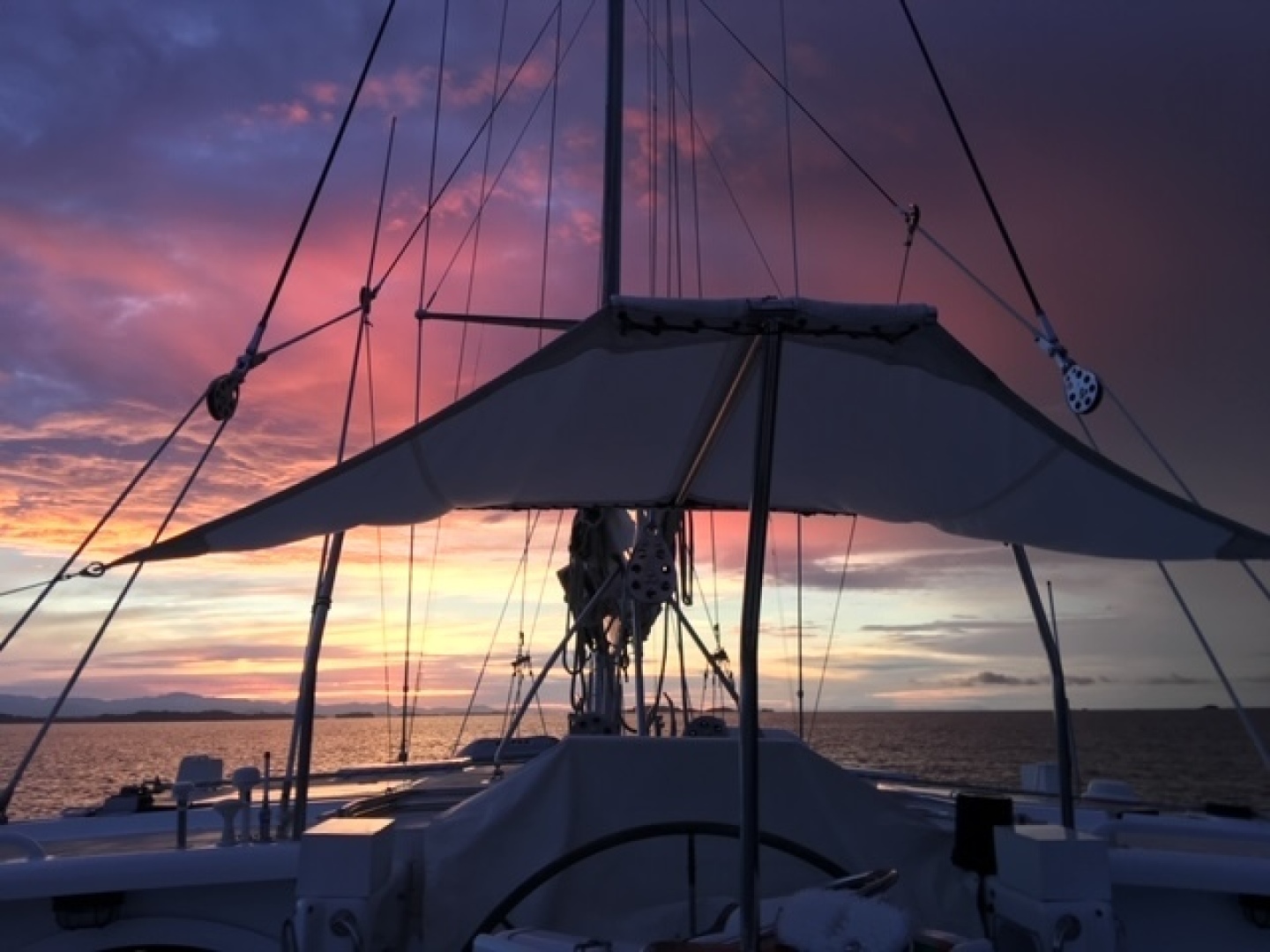 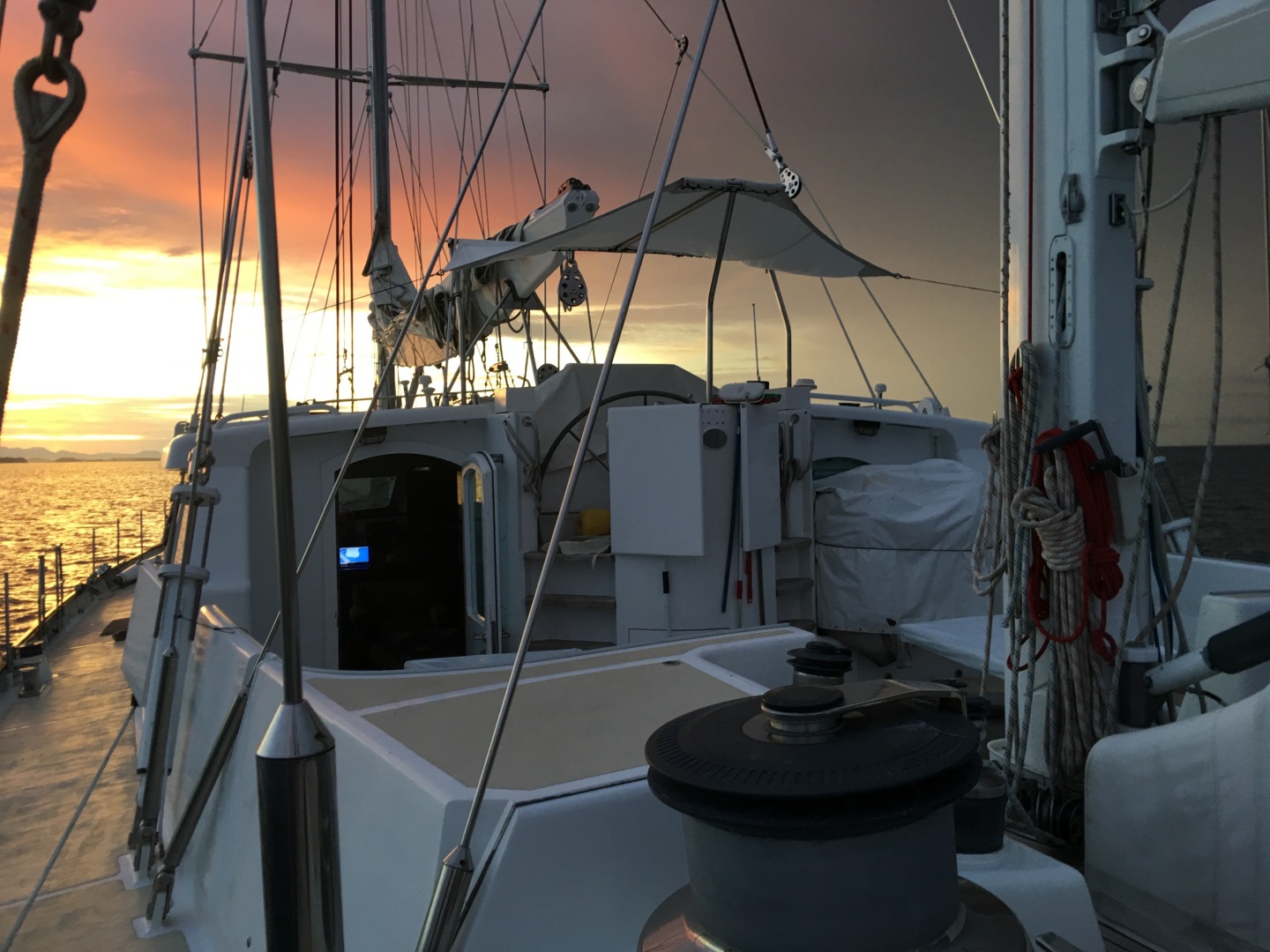 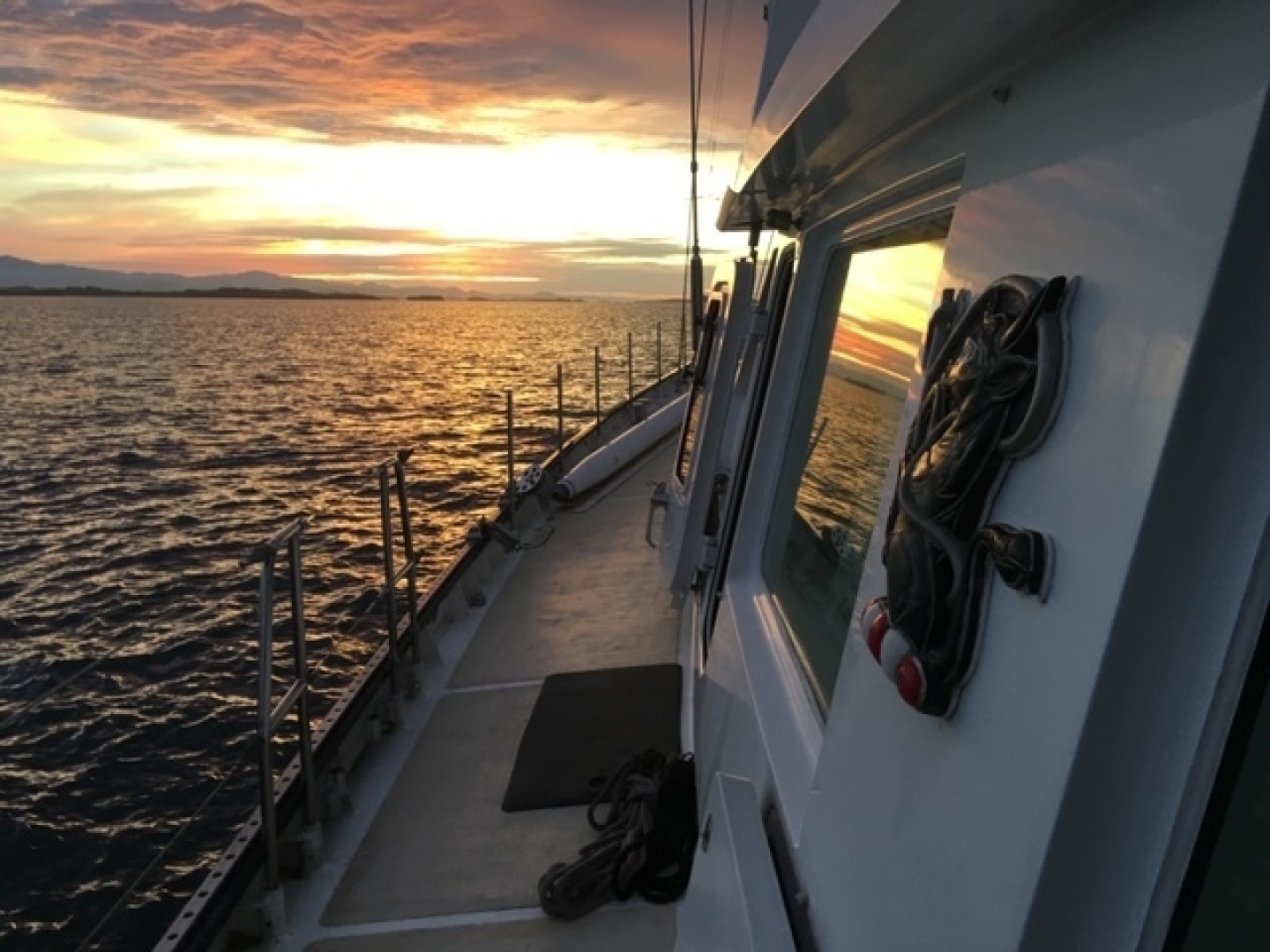 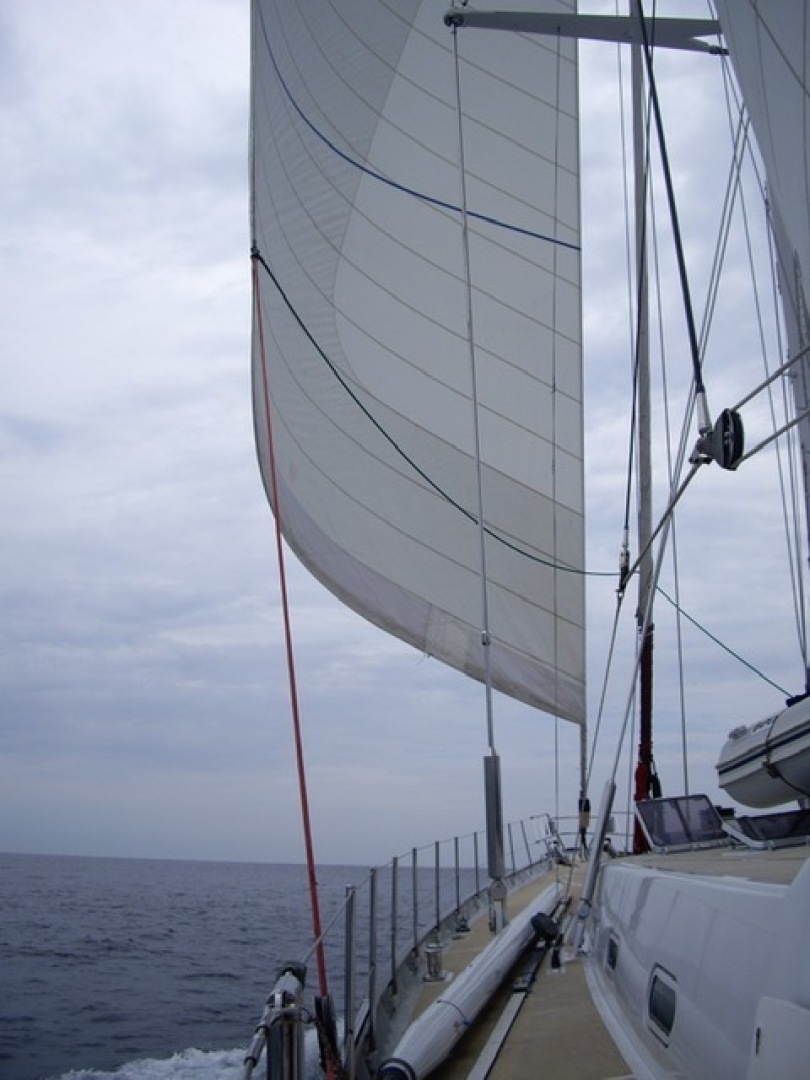 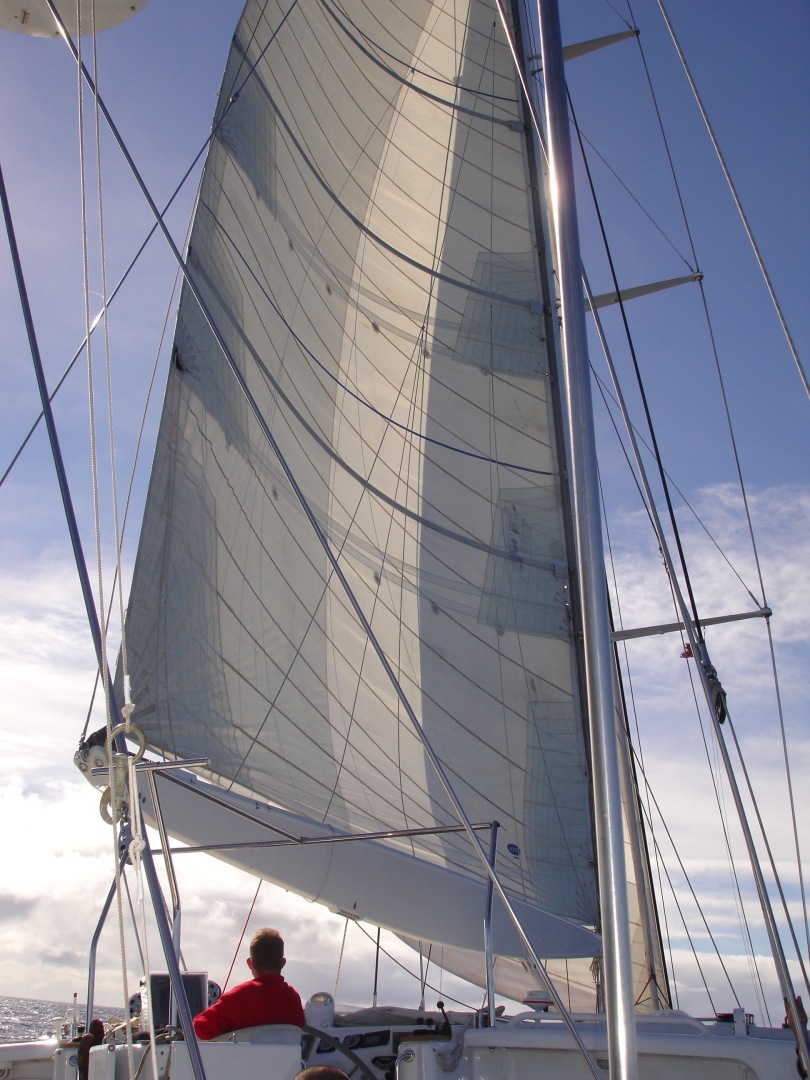 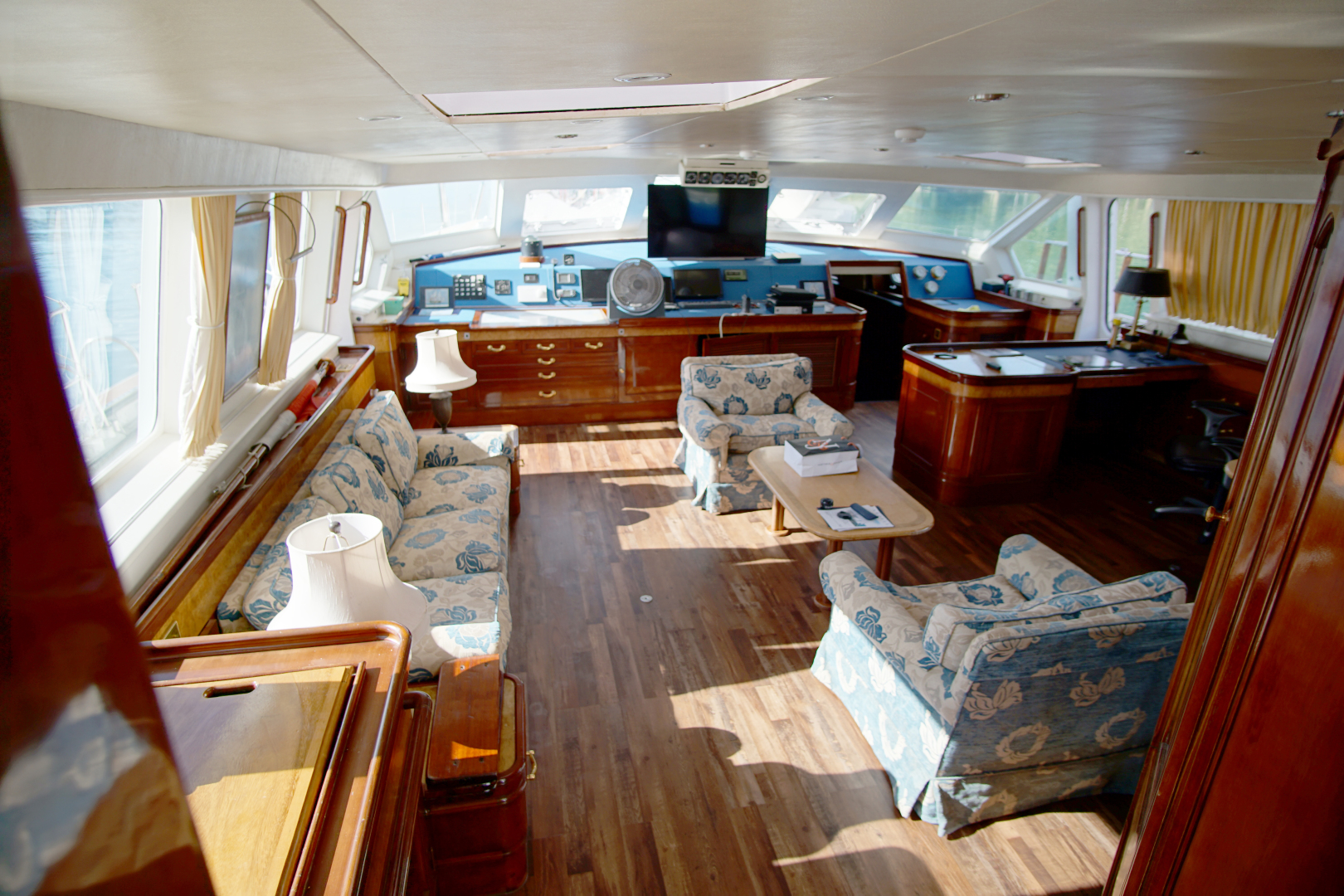 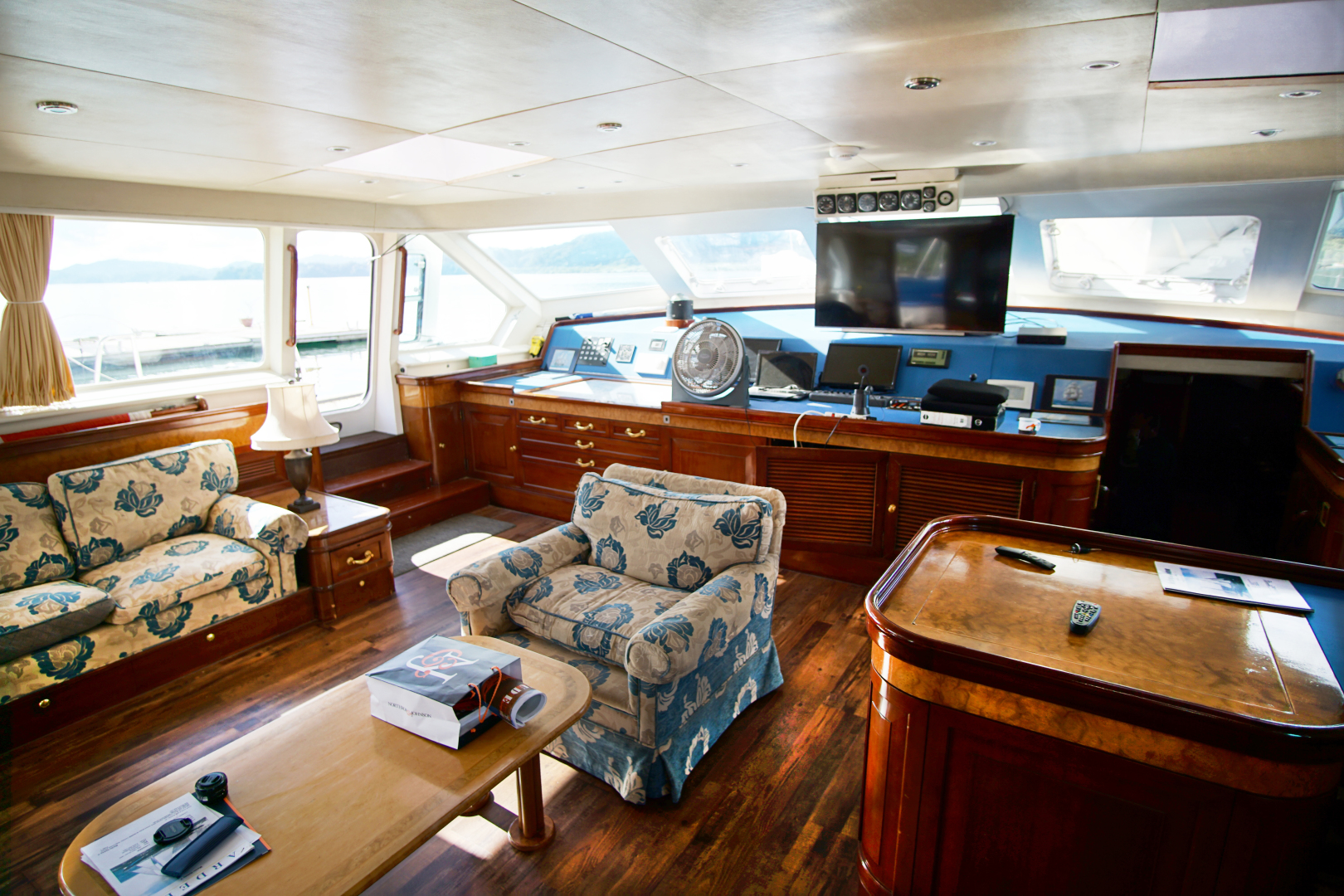 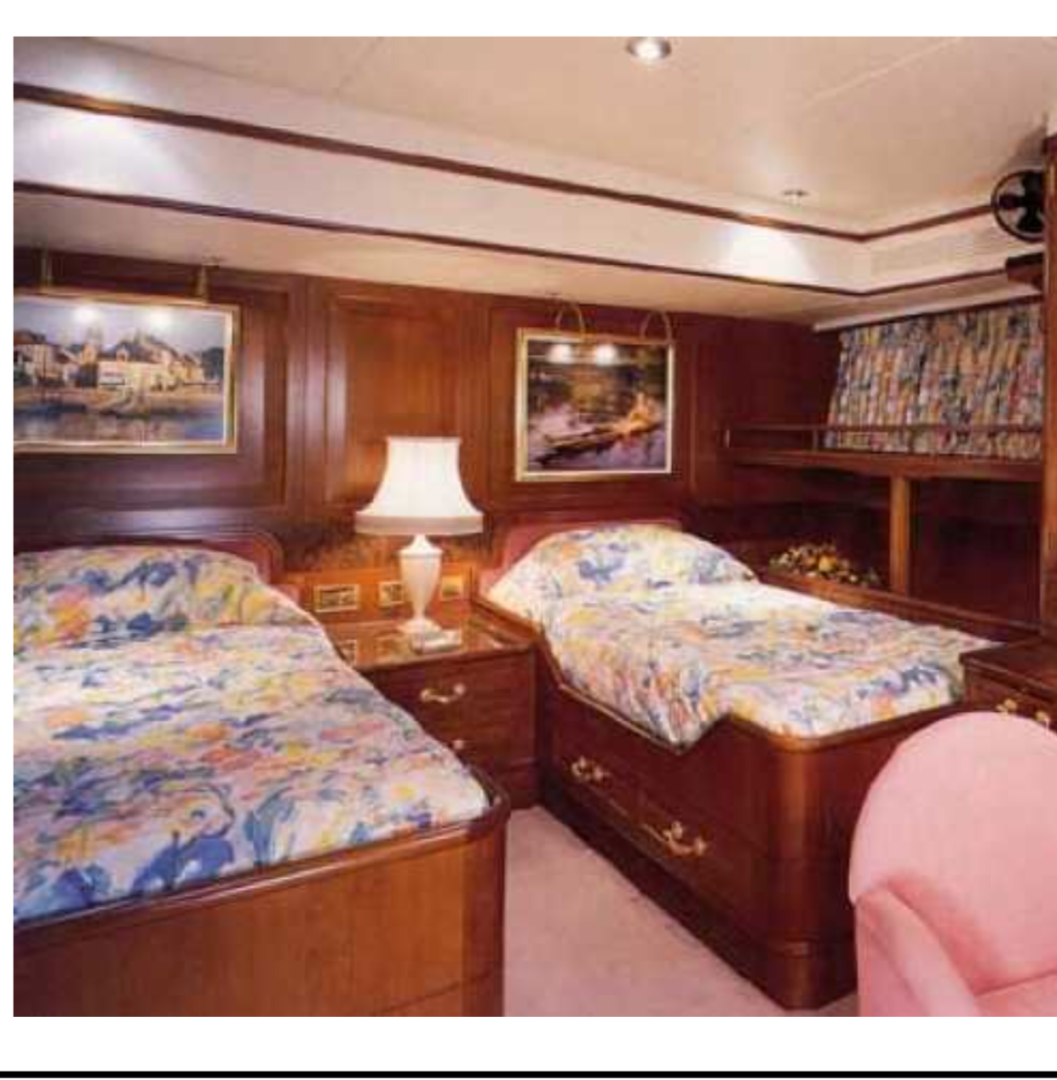 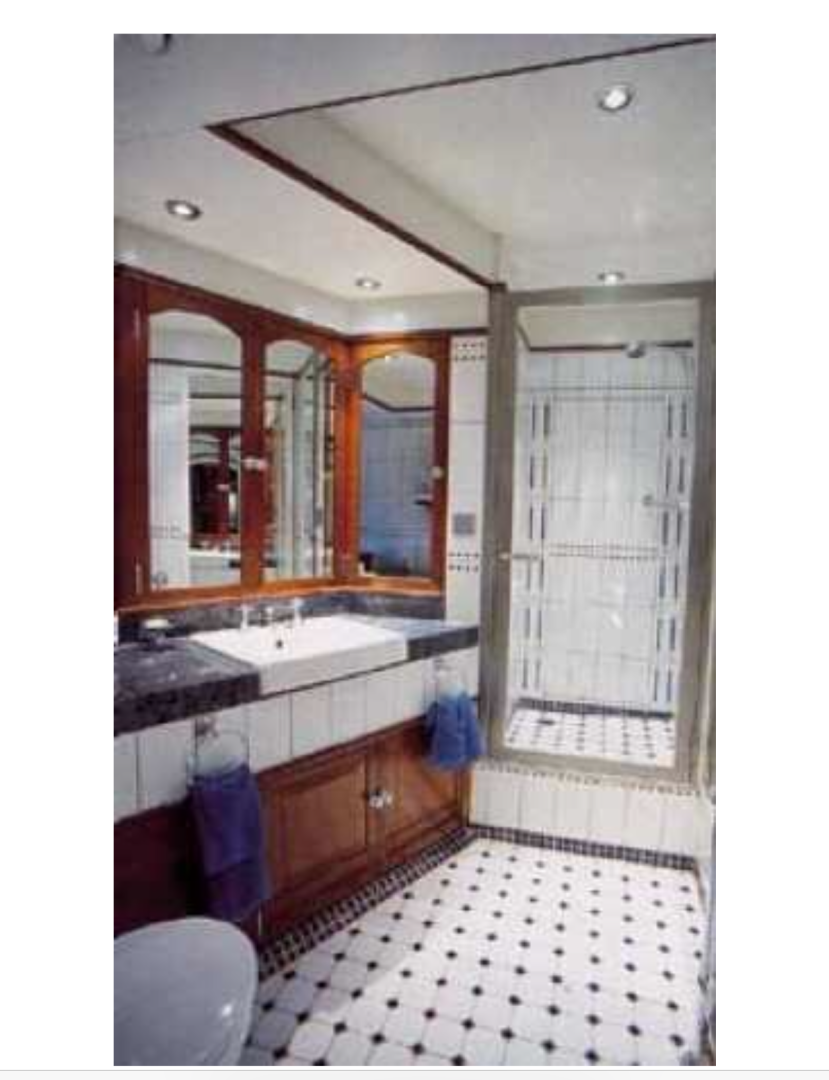 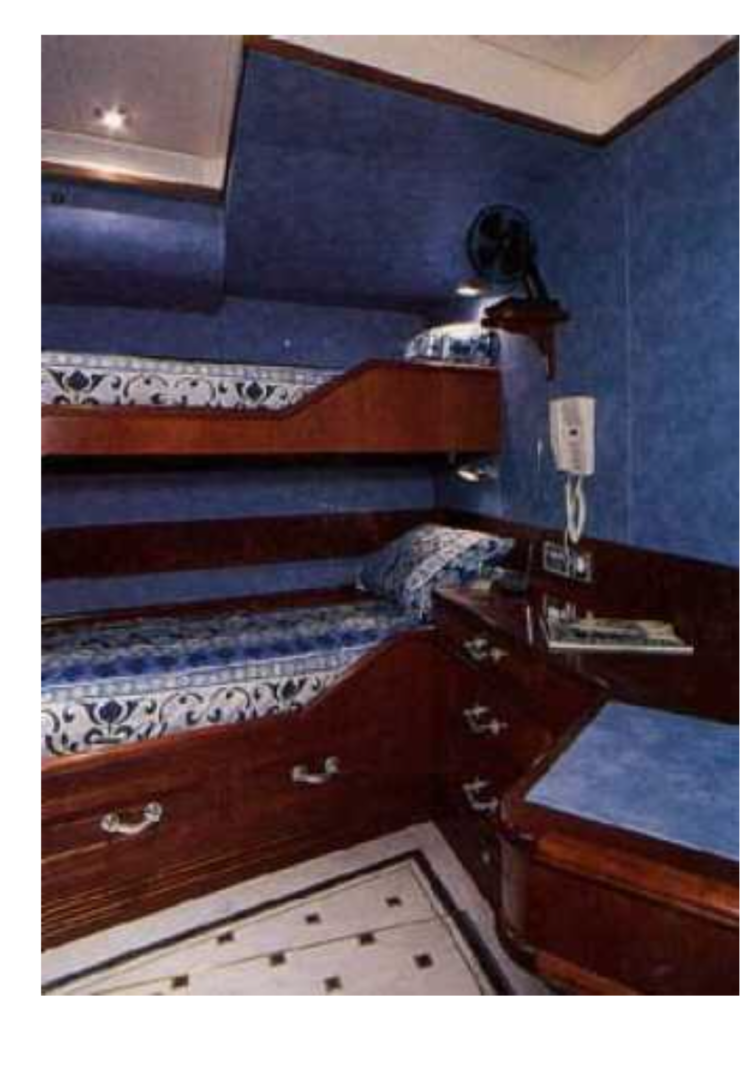 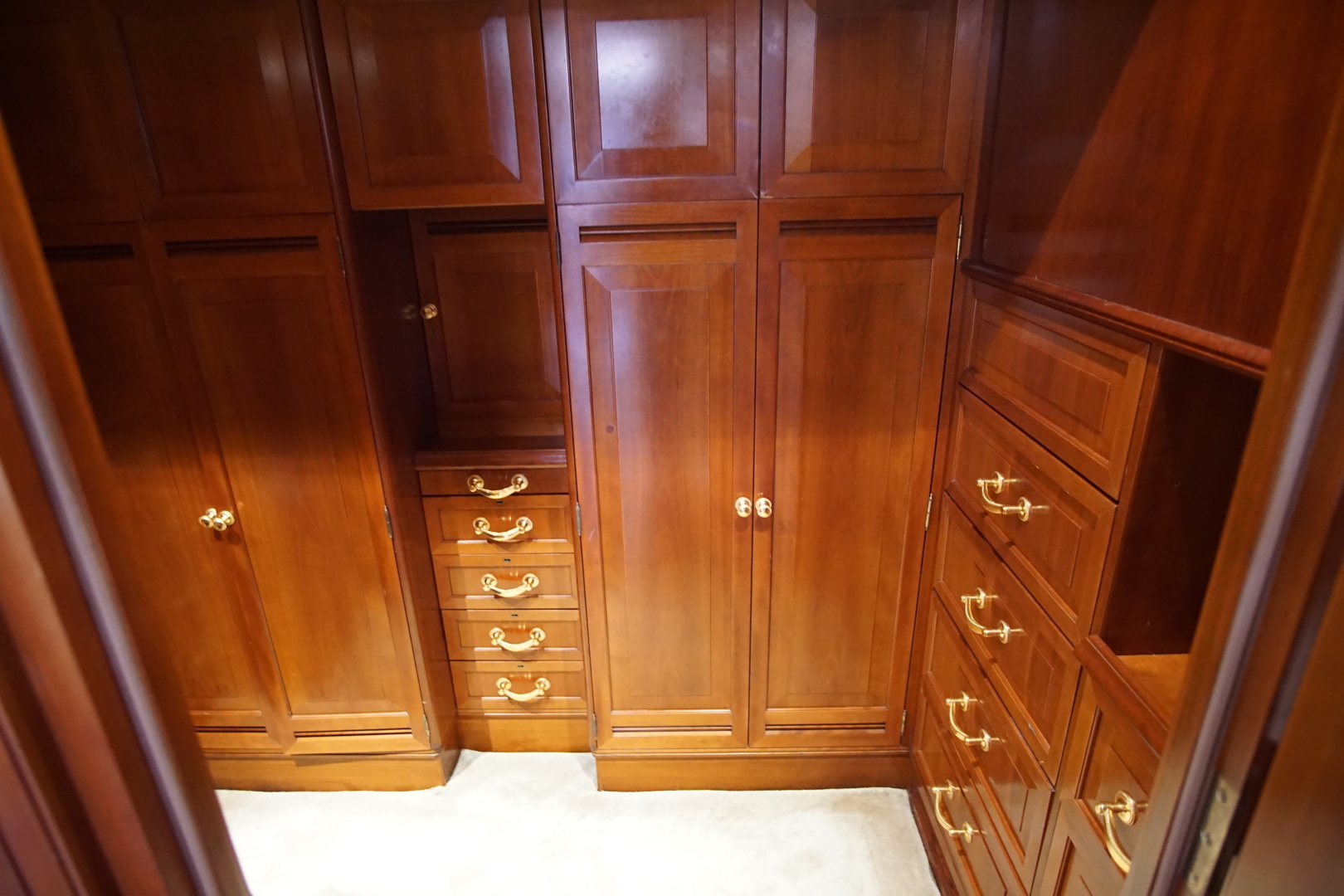 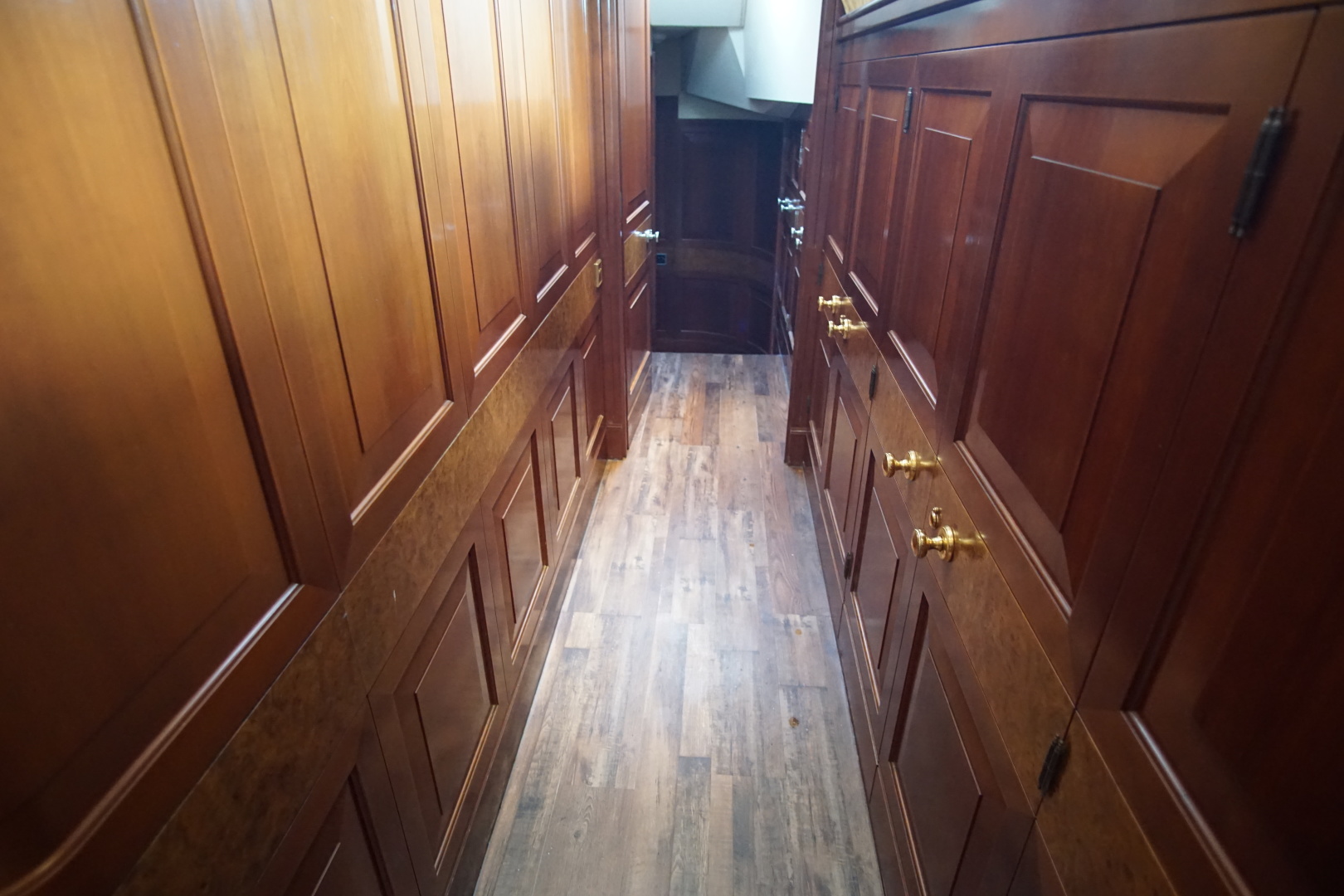 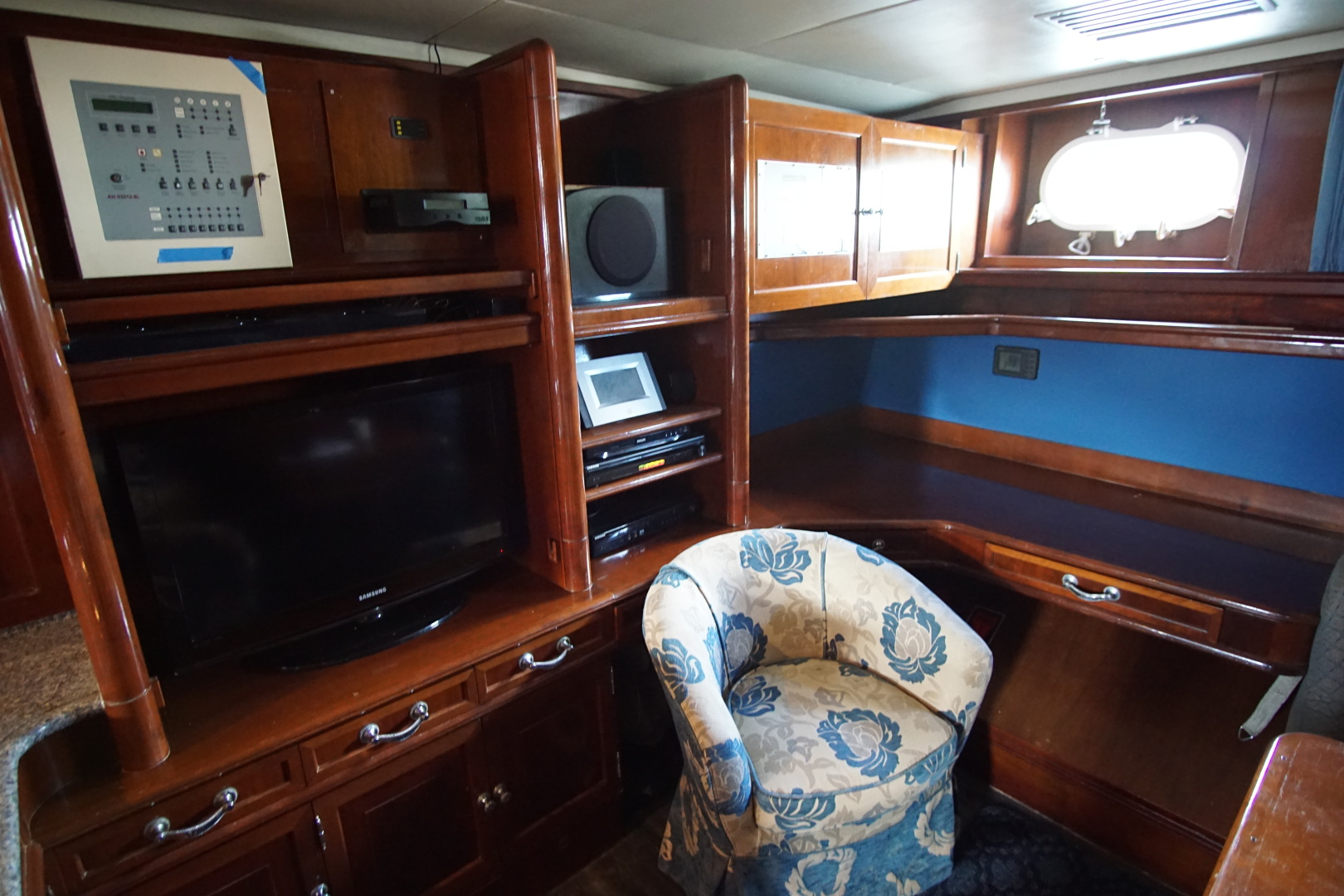 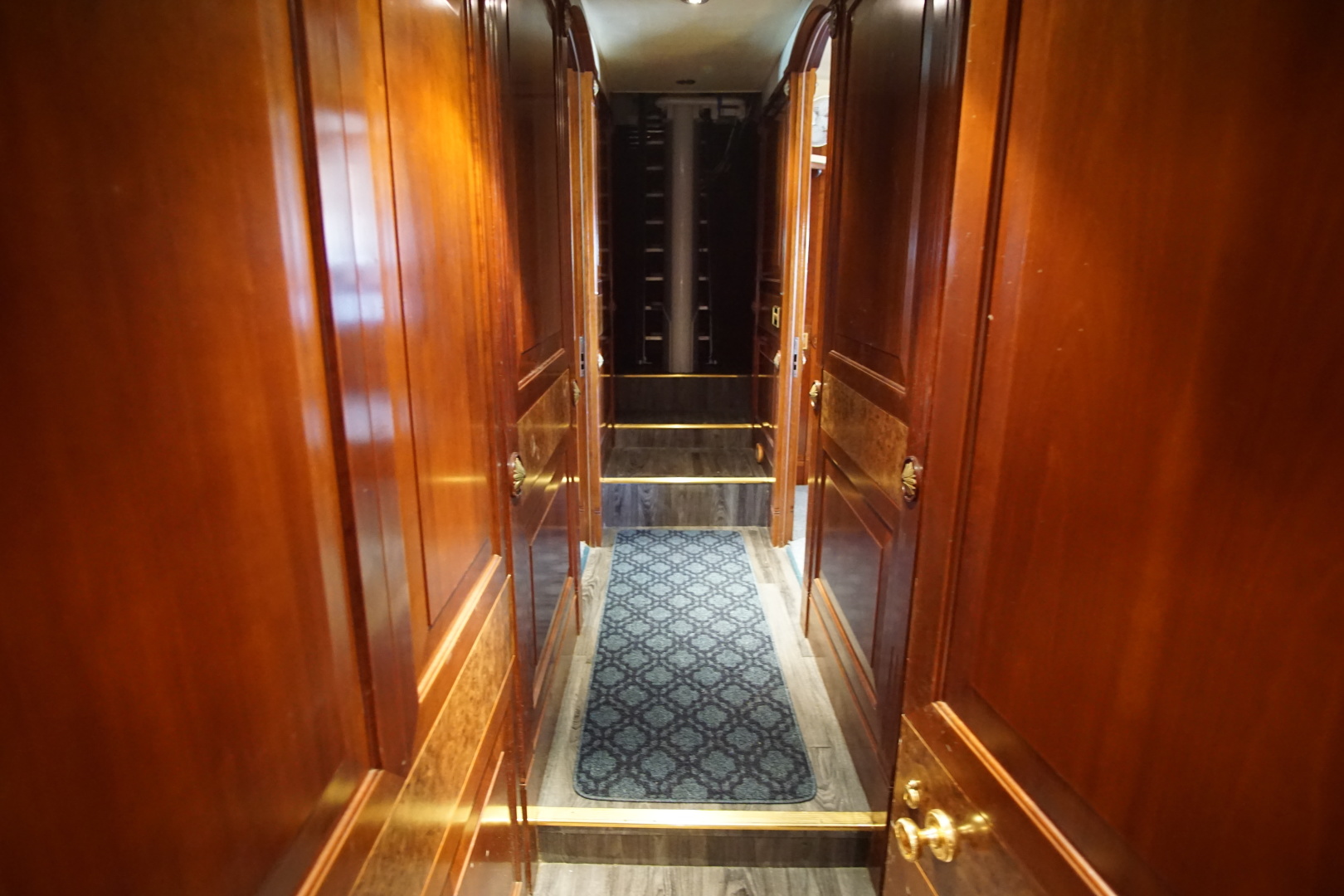 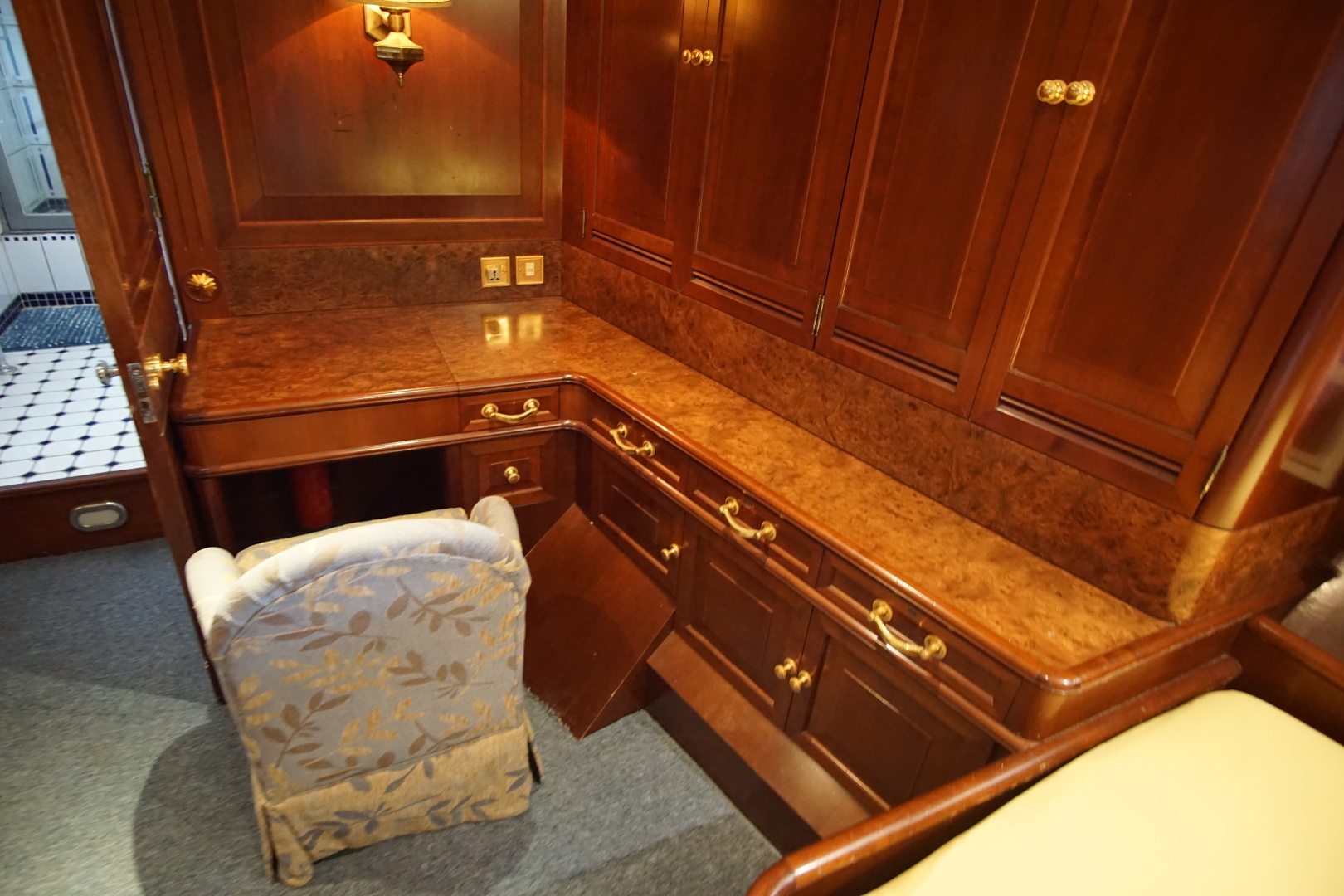 Timeless and eye-catching, MARLIN DEL REY V was designed by naval architects Tony Castro and Ron Holland and built by Lürssen in 1993. The yacht's current owner has continually updated her, to ensure her great condition. As one of the finest sailing yachts of her size, MARLIN DEL REY V showcases the stability and luxuriousness of a motor yacht as well as impressive sailing performance.


United Yacht Sales is pleased to assist you in the purchase of this vessel. This boat is centrally listed by Northrop and Johnson. It is offered as a convenience by this broker/dealer to its clients and is not intended to convey direct representation of a particular vessel

MARLIN DEL REY V is one of the finest sailing yachts of her size, boasting the spaciousness and luxury of a motor yacht with excellent sailing performance. The yacht has a notable pedigree that includes a timeless design by naval architects Tony Castro and Ron Holland, a sophisticated interior by Ken Freivokh and esteemed craftsmanship by builder Lürssen. With the assistance of her first owner, a longtime yachtsman, who had owned several world-class sailing yachts, MARLIN DEL REY V was built to unparalleled standards.  The yacht's second (and current owner) has upgraded the yacht continually to ensure her condition.

This ketch sailing yacht rig sets over 8,300 square feet (750 sqm) of sail, which can be increased by another 6,400 square feet (600sqm) when sailing downwind. MARLIN DEL REY V is an exceptionally stable vessel. She heels no more than 20 degrees when close-hauled and carrying full sail in Beaufort Force 6 and associated sea conditions. This is achieved primarily to her larger than average, 30-foot (9.2m) beam and low resistance, large volume bulb keel, and close attention to weight calculations by Lürssen.

MARLIN DEL REY V accommodates six guests in the comfort of three/four well-appointed cabins. The master cabin is located in the center of the yacht, providing the utmost comfort and stability. The well-laid out and large cabin features a king-size bed, walk-in dressing room, and his-and-her tiled bathrooms. Adding to the private oasis, the cabin has a lounge area with a sofa and coffee table — the sofa is able to convert into a sailing berth with lee cloths. The additional cabins aboard this luxury sailing yacht include two guest staterooms with side-by-side berths, a desk, and spacious en-suite bathrooms. The yacht's captain's cabin can be used as a guest cabin if needed. MARLIN DEL REY V also has accommodations for seven crewmembers.

The entire interior, including the crew quarters, is finished in a raised panel cherry with burled elm inserts designed by Ken Freivokh. Accommodations for the Owner's party are in three or four staterooms, with a large salon located at the main deck level.

Upon entering the yacht, an elegant deck salon provides a panoramic view of the surroundings. A large sofa with two easy chairs and coffee table are located to port.

Starboard is a large burled elm dining table with an LI-shaped settee and three upholstered dining chairs, providing elegant seating for eight. A desk finished in the same style is just forward of this area. Forward of this area is the instrument console and main navigation station. There are watertight doors to port and starboard of the navigation console.

Walking forward, down four steps, is a passageway offset to starboard that continues forward to the crew quarters. Along the outboard side of this forward passageway is a large freezer and special built-in storage for vacuum cleaners, dry goods, inverters, technical manuals, linens and towels. The master stateroom is accessed from this passageway.

Continuing forward along the passageway, a door leads to the crew quarters, in this area there are four cabins. The captain's cabin/fourth guest cabin has a full queen size berth and the other three have upper and lower berths. Each cabin has fully tiles ensuites baths with stall showers. All toilets were new in 2012.

Moving aft from the deck salon, four steps curve down around on centerline and lead aft. Off this passageway to port is the electrical control room and starboard is a large utility room with a big airing cabinet washer/dryer and access to the engine room. Aft off this bright, wide passageway is the crew mess and communications room located to starboard. A large, well-equipped galley is on the port side. Aft is two additional guest staterooms with access to the aft deck via a stairway.

The deck cockpit features a raised helm station with instruments, secondary radar, and controls for the thrusters and captive winches. This area provides the helmsman with a 360-degree view of the yacht. Comfortable seating and tables are arranged, both port and starboard, aft of the helm station.

The master cabin is complete with a private seating area (with a sofa that converts into a sailing berth), a plush king-size bed, a walk-in dressing room, and his-and-hers en-suite bath. The sailing yacht's additional two cabins both have side-by-side double berths and en-suite bathrooms. MARLIN DEL REY V's captain's cabin can be used as a guest cabin if needed. The yacht also features accommodations for up to seven crewmembers.

This ketch sailing yacht rig sets over 8,300 square feet (750 sqm) of sail, which can be increased by another 6,400 square feet (600sqm) when sailing downwind. MARLIN DEL REY V is an exceptionally stable vessel. She heels no more than 20 degrees when close-hauled and carrying full sail in Beaufort Force 6 and associated sea conditions.

All Sails by Hood:

A great deal of upgrading has been performed on MARLIN DEL REY V in the last few years. A brief list of some of the new items follow:


Without question, one of the finest sailing yachts of her size. The original owner, a lifelong yachtsman who owned a series of highly regarded world-class sailing yachts, instructed naval architects Tony Castro and Ron Holland to design a ketch rigged sailing yacht to provide exceptional stability together with the comfort and spaciousness of a large motor yacht but with excellent performance under sail. This was successfully accomplished with Marlin Delrey V offering exhilarating performance on all points of sail. The yachts present owner (her second) has upgraded Marlin Del Rey V in numerous ways, having pretty much gone through all  her systems.

Lurssen's attention to detail in the construction is evident in all areas of the yacht, from a well thought out layout implemented by interior designer, Ken Freivokh, and superbly executed engine room to the overall detailed finish of the yacht.

Marlin Delrey V truly offers a rare opportunity to acquire one of the world's finest sailing yachts well below replacement cost and without the extended three-year delay of constructing a new yacht of this high quality.