IT'S ON is a 1987 G&S Boats 57' Convertible listed for sale with United Yacht Broker John Blumenthal. John can be reached at 1-772-215-2571 to answer any questions you may have on this boat. United Yacht Sales is a professional yacht brokerage firm that has experience listing and selling all types of G&S Boats Yachts and similar boats. With over 250 yacht brokers worldwide, we have the largest network of boat buyers and sellers in the industry.

G&S was founded in the late 1960s as a partnership between charter captain Buddy Gentry and Steve Sauer, after receiving his engineering degree. Setting up shop in Destin on Florida’s Gulf coast, they designed and built boats for the local fishing charter fleets and as demand increased, they focused on custom high-end sportfishing boats. As an engineer, Steve Sauer developed a hull shape with rounded transom for excellent seakeeping and performance, and especially, the ability to reverse on a fish at an unprecedented speed of 9 to 12 knots, even planing in reverse! The 57ft G&S, IT’S ON, was built with special fuel and seawater bladders; when reversing on a fish, custom pumps move fuel and more seawater to the bladders located in the forward area of the boat to get the stern higher up for maximum speed (and back again to reverse the ballast). G&S sportfish boats were sought after for light tackle tournament fishing and for chasing world-record marlin, and these classic G&S sportfish are considered to be the boats to own for anyone serious about chasing world records.

IT'S ON was completely refit and updated in 2018 in the superyacht refit yard, The Boat Works, located on Australia’s Gold Coast. New Cummins QSM-11 diesels and Northern Lights generators were installed along with a long list of systems, electronics, and amenities, to allow her to be self-sufficient for 3 weeks out. The sonar transducer is housed in a special box cut into the keel to avoid adding drag to the running bottom. Cockpit features a $70K Release offset game chair with rocket launcher rod holder. Wiring was redone in 110v/240v to support multi steering stations and updated electronics, equipment, and entertainment system. IT’S ON has more freezers and fridges than other boats in her class, plus ice-chippers and a brine tank that instantly freezes bait for a fresher presentation to marlin. The interior was redone to motor yacht level of luxury with beautifully crafted woodwork, furniture, entertainment system, fully equipped galley, comfortable accommodations, and plenty of storage.

Owner is ready to deal!

This is a great opportunity to jump straight into a turnkey G&S.

Here is your chance to own one of the finest sport fishing vessels built.

She sits in the Gold Coast currently and would be a perfect opportunity to purchase prior to the Black Marlin Season and enjoy what the GBR has to offer, before shipping back to the USA.

Truly a world renowned design of a sportfishing vessel, the G&S's have been operated by icons such as Captain's Bobby Brown, Skip Smith, James Roberts and John Batterton.

Our G&S Boats Yachts listing is a great opportunity to purchase a 57' Convertible Boats for sale in Queensland, - Australia. This G&S Boats is currently listed for $1,045,000. For more information on this vessel or to schedule a showing, please contact United Yacht Sales broker John Blumenthal at 1-772-215-2571. 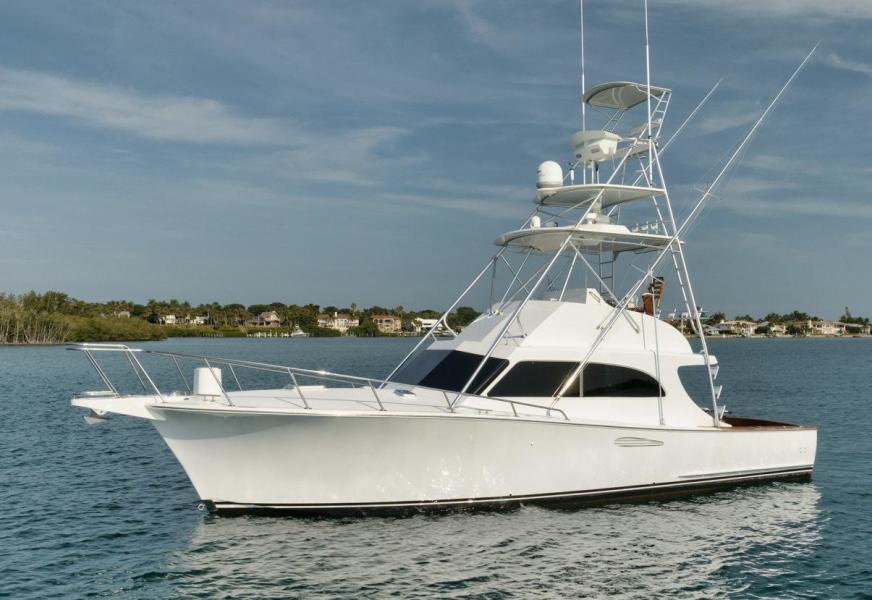