In February of 2019, “Libertad” was shipped to Cabo San Lucas, Mexico where she received a new generator, fresh paint job, a mezzanine with custom tuna tubes, livewell, drink box cooler and storage for tackle. The flybridge of this G & S 40’ got a new layout and new electronics in bridge and tower. New livewell, bow lounge cushion, stainless bow rails, back up livewell pumps, refrigerated drink cup holders on bridge and custom tackle storage.

G & S Boats, owned and built by Buddy Gentry and Steve Sauer in Destin, Florida, are known as the best boats in the world to fish from for world records. Their unique engineering and design make them the masters of maneuverability for pursuing light tackle records.

Previously known as RAPTOR, this G & S made quite a name for herself. Having caught many different billfish in her career, she is most widely famous for her numerous giant Bluefin Tuna captures. Captained for many years by Peter B Wright, chasing tuna every year in Cat Cay or fishing Cape Hatteras during the Tag A Giant years, she holds quite a few impressive records. In the mid to late 90’s, Peter B Wright, Gary Stuve, Scott Levin and John Rafter captured and tagged hundreds of giant Bluefin tuna with many days of 30 plus fish per day! Stewart Campbell with his “dream team” Peter B Wright, Gary Stuve, Charles Perry, Charlie Hayden and John Rafter captured and released 73 Giant Bluefin tuna in one day! Call today to view 1983 G & S 40’ Convertible “Libertad.”


United Yacht Sales is pleased to assist you in the purchase of this vessel. This boat is centrally listed by HMY Yacht Sales, Inc.. It is offered as a convenience by this broker/dealer to its clients and is not intended to convey direct representation of a particular vessel 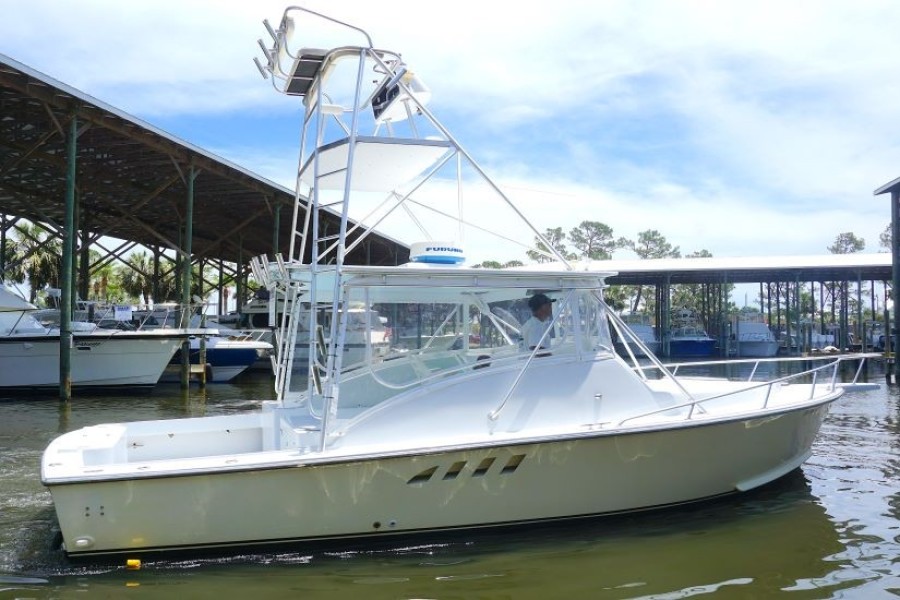