Doc's Blood Vessel is a 2014 Everglades 32' 325 listed for sale with United Yacht Broker Rick Furtado. Rick can be reached at 1-305-570-8090 to answer any questions you may have on this boat. United Yacht Sales is a professional yacht brokerage firm that has experience listing and selling all types of Everglades Yachts and similar boats. With over 200 yacht brokers worldwide, we have the largest network of boat buyers and sellers in the industry.

This one owner, awesome luxury fishing machine has a beautiful premium gel coat hull in custom blue and white.

She has been maintained with great care and stored inside our marina's covered boat barn since purchase. Monthly washes and waxing has kept her in beautiful condition.

When considering this boat, please note that there is no trailer.

Expensive, luxurious, and beautifully styled, the Everglades 325 Center Console is a top-tier fishing boat able to accommodate family cruising duties in uncommon comfort. Her integrated hardtop/windshield combination is unique to Everglade's boats. The large cockpit of the 325 has space for two fishermen and their gear, and the bow seating area features an electric table that converts to a padded sun lounge when in the down position. The deluxe tackle station has eight storage drawers as well as a sink for easy cleanup.

Fishing features include 23 rod holders, under gunwale rod racks, lockable rod storage port and starboard, and 18-foot outriggers. A 43-gallon circulating live well and over 300 gallons of fish box and the console head compartment comes with a sink, shower, and china bowl head with macerator and holding tank. Meticulously finished inside and out, the 325’s white powder-coated rails and red LED lights are just a hint of her high-end amenities. Twin white powder coated Mercury Verado 300hp outboards top out at just over 55 knots.

Fielding a full line of luxury center consoles, dual consoles and bay boats, most marine industry professionals consider Everglades boats to be at the top of their class in design innovation and construction quality.

Our Everglades Yachts listing is a great opportunity to purchase a 32' Center Consoles for sale in Key West, Florida - United States. This Everglades is currently listed for $259,000. For more information on this vessel or to schedule a showing, please contact United Yacht Sales broker Rick Furtado at 1-305-570-8090. 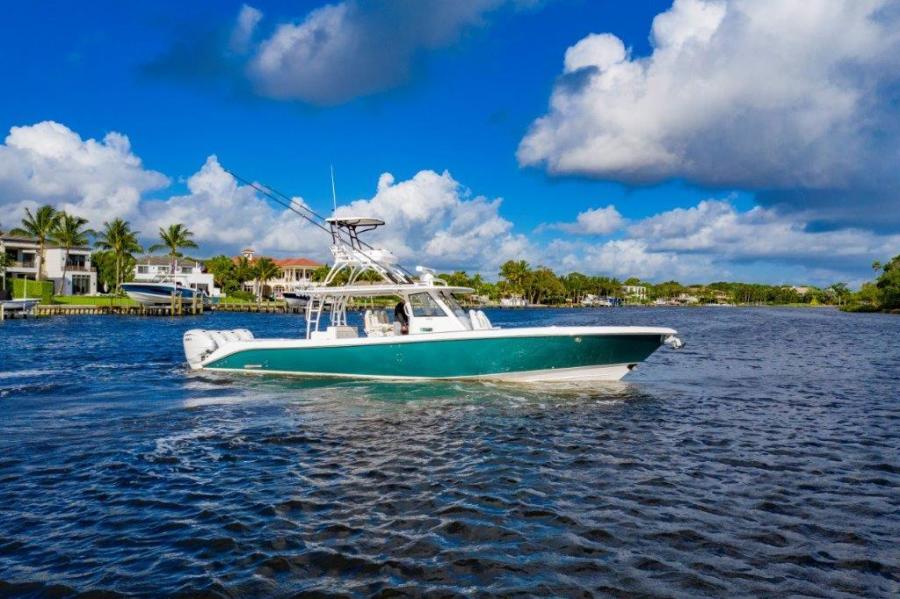 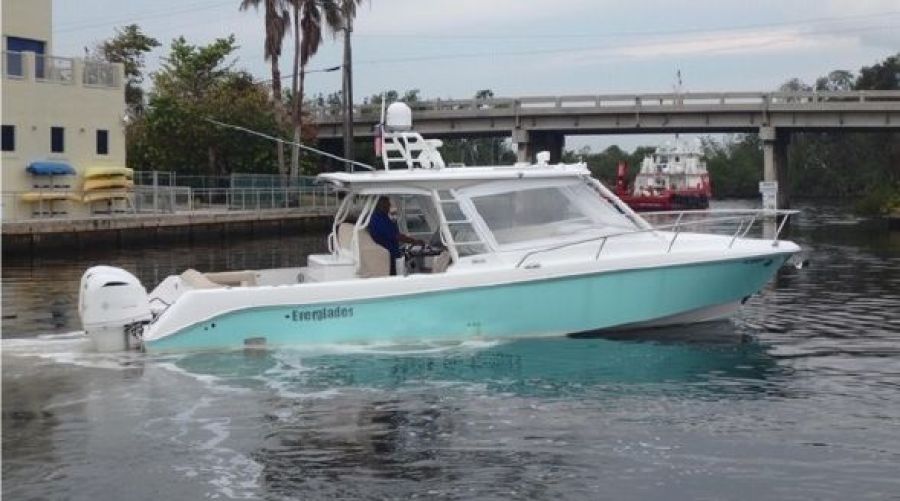 Best Deal for a Boat