Bertram's are well known for their wave piercing hulls, comfortable accommodations and dry ride characteristics.  The 450 was introduced as an updated design of the successful Bertram 43. The 43 hull form was lengthened and engine horsepower increased, but the entry, shallow keel, and aft deadrise were maintained.

The engine room is accessed through cockpit hatch. The engine room is large for a sportfish vessel, with working headroom (approximately 4 ½’) with access on both sides of the two MAN six cylinder watercooled four stroke diesel engines. The battery banks are located aft of the engines to starboard; air conditioning compressors are aft to port; and the generator is aft.

The single fuel tank is forward of the engines with both port and starboard fills. Access to the saloon is thru a weatherproof cabin door to starboard and up two steps. The electrical master panel is immediately to starboard with a small counter and storage, and the stereo system and TV. An L shaped sofa is to port, and a step up dinette to mid starboard.

The step down gally is forward with under counter refrigeration, a two burner electric stove, microwave and large sink.

Moving forward to starboard is a stateroom with twin berths; and, a large bathroom with a shower stall separate from the head with sink, vanity, etc.

The master stateroom is forward , and includes a queen sized centerline bed with counters and drawers both to port and starboard, a large locker forward to port, etc

A second head with shower stall, sink, vanity is aft of the forward stateroom to port. An open closet is aft of this head.

The Bertram 450 Convertible is a sportfisherman that combines a deep-V hull with the needs of tournament anglers. The interior of the 450 Convertible can be compared to much larger boats. It was developed to satisfy the sportfisherman, yet deliver the comfort of a cruising boat. The salon - galley - dinette layout is spacious and practical. There is room to relax or entertain in comfort with a full complement of standard features and amenities. The second cabin is unique, with side by side twin berths instead of the more common over and under berths. Unusual in a boat of this size is the elevated cocktail area forward of the dinette, and the possibility of a washer & dryer stack in the companionway. On the practical side, much attention was paid to the organization and layout of the engine room. The fuel tank was put amidships to minimize the effect of fuel load on trim. It also acts as an effective insulator of noise and engine room heat for the forward cabin area. Careful layout of major components makes maintenance very easy. Even in the unlikely necessity of removing an engine or generator, the 450 has been designed so that this may be done without major surgery to the boat. 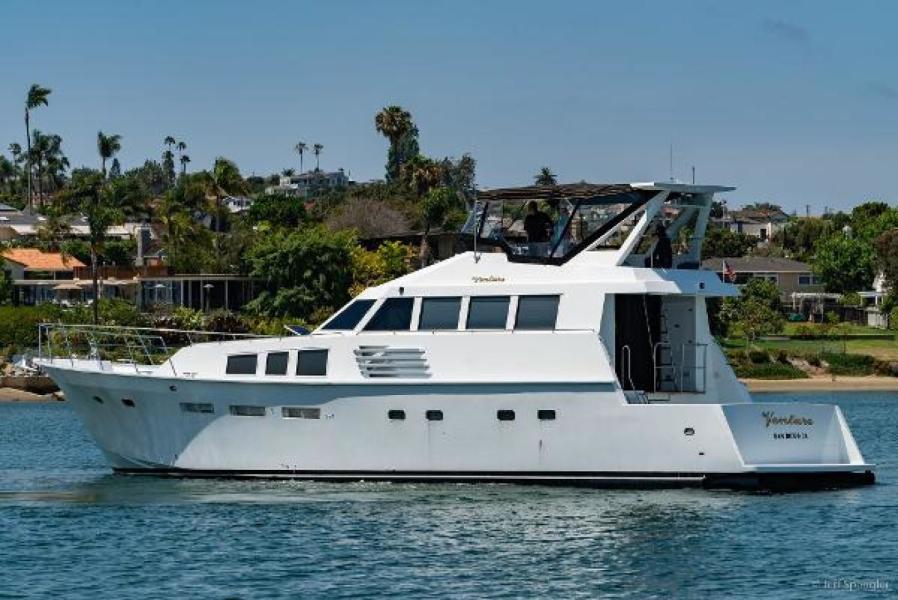 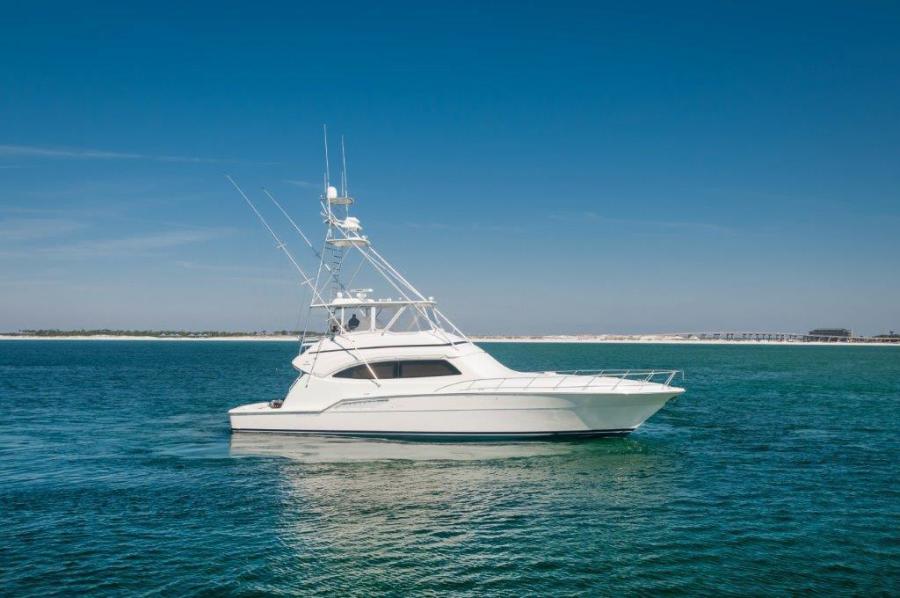