Pura is a 2017 Azimut 43' 43 Atlantis listed for sale with United Yacht Broker Jorge Cabre. Jorge can be reached at 1-305-773-2095 to answer any questions you may have on this boat. United Yacht Sales is a professional yacht brokerage firm that has experience listing and selling all types of Azimut Yachts and similar boats. With over 175 yacht brokers worldwide, we have the largest network of boat buyers and sellers in the industry.

Twin Volvo Pentas D6-400/DPH, Mase Generator with less than 30 hours of use, state of the art Raymarine touch electronics, Bronze propellers, 110 volts all around, and all of the options you can choose on this boat, it comes fully loaded. Owner has barely used her, keeps it pristine and now needs to let her go for personal reasons. Only reasonable offers will be considered, this boat is already the lowest priced in the market.

It’s not surprising that a boat built in the country that developed the concept of al fresco has not one, not two, but four exterior areas for lounging and relaxing. That’s a key component of a cruising boat. There’s the helm chaise, the U-shaped settee, and sunpads on the bow and stern. Access to the forward deck from the cockpit is safe thanks to well-placed handholds and grippy teak decks. The 43 pushes the width of the deckhouse right to the limit, resulting in relatively wide side decks.

The stitching on the exterior upholstery could do double duty on a Maserati Quattroporte. Even the feel of the wheel at the sculptured helm station reminds you of this boat’s heritage. The attention to detail that announced itself in the shape of the various handrails is another indication. It becomes abundantly clear that this Atlantis 43 is not a stripped-down version of bigger Azimut models.

A large, soft, opening sunroof turns PURA into an open express in less than a minute and opening side widows were a welcome benefit during our summer sea trial. Although there is a double helm seat, the center wheel orientation really creates a one-person show while running. The unobstructed, single-pane windshield makes driving through an active commercial boating area stress-free.

Our Azimut Yachts listing is a great opportunity to purchase a 43' Express Cruiser for sale in Ft. Lauderdale, Florida - United States. This Azimut is currently listed for $479,000. For more information on this vessel or to schedule a showing, please contact United Yacht Sales broker Jorge Cabre at 1-305-773-2095.

United is a professional yacht brokerage firm with 25 offices and over 175 yacht brokers worldwide. By listing your boat or yacht for sale with us, all 165+ brokers are immediately notified of your boat and begin working to match your yacht with a buyer. We have many examples where boats have sold through our network and our proprietary broker forum that keeps our team connected 24/7. With hundreds of closings every year, there is no better team than United to help with the listing and sale of your vessel. Find out what your current yacht is worth on today's market! 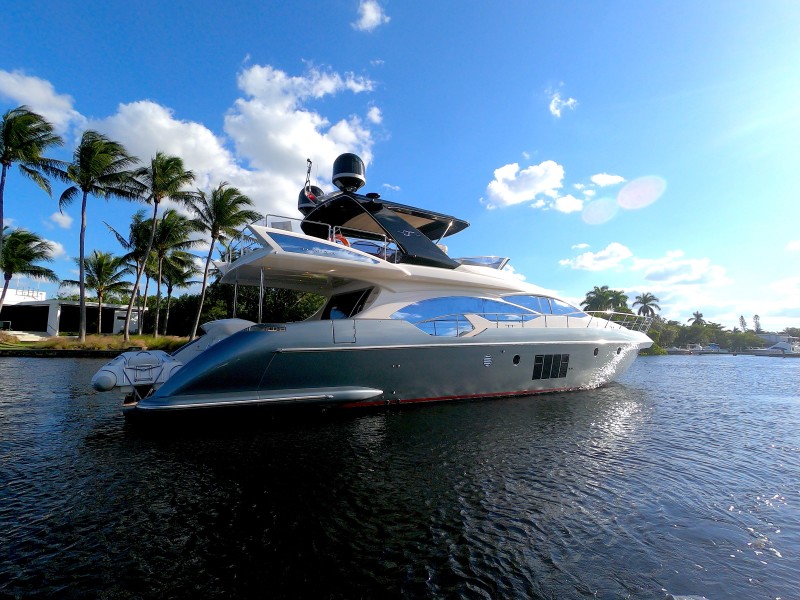 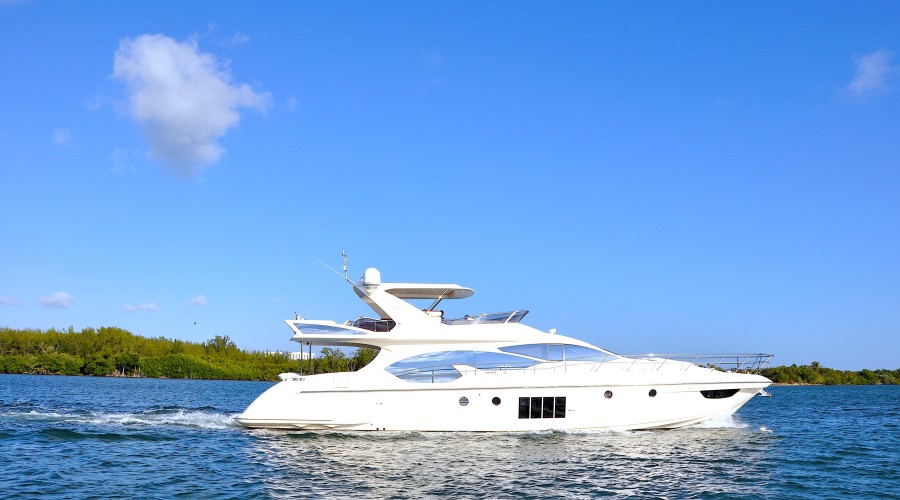