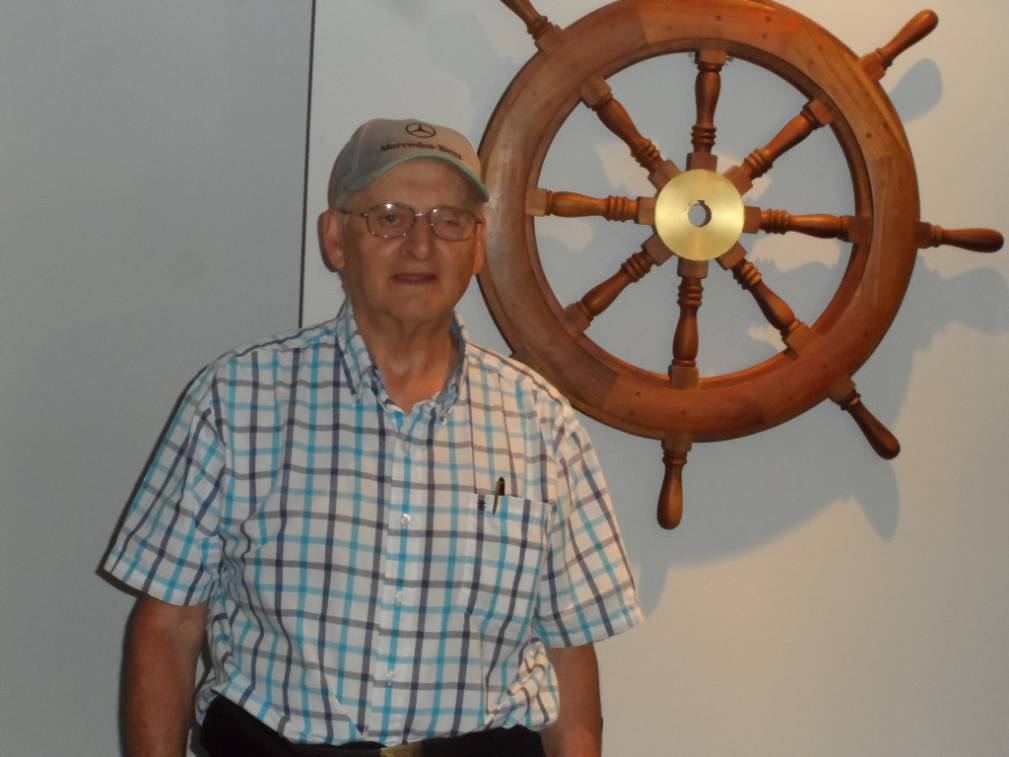 Rene Blanchet is a native of Mont St-Hilaire, Quebec, Canada. He grew up near the Richelieu River where he developed a passion for boating and water skiing. In 1957, he joined the Royal Canadian Navy where he trained as a radar technician and a ship’s diver. While stationed in Halifax in the Navy, he met and married his sweetheart to whom he is still married. After leaving the navy, he joined the hometown police force, and also started a home delivery service. During this time, he bought a speed boat called Royal Canadianna and raced in Canada and the United States for several years.

In 1968, he was invited to join a friend as a partner in a marina business in Manotick ON. In 1971, he bought out his partner and became sole owner. He then acquired the Glastron boat dealership and became the top Canadian dealer for the following three years. In 1974, he sold his business to accept a position as Sales Manager at Bonnie Castle Yacht Basin, in Alexandria Bay, N.Y., the largest marina in the Thousand Islands and dealers for Hatteras and Chris Craft Yachts from 35’ and up. After three years, the business was sold and he and his family decided to return to his hometown in Quebec, where he started RB Marine, his own yacht brokerage company. Rene was very well known throughout the industry as an honest individual, and a great salesman, and very knowledgeable about all aspect of boating.

In 1987, he attracted the attention of a large brokerage firm in Mississauga, ON, where he became a broker with Clift’s Marine Sales Ltd. In the fall of 1988 when the owner expressed the desire to move to Florida, Rene made him an offer and in 1989 he purchased the business, which he ran for several years until he decided to sell it and stay on as a broker. In 2007 the owner passed away and the business was sold to a competitor, who six months later went bankrupt. So, Rene not being one to stay idle very long, started another yacht brokerage business which he called, “Rene Blanchet Yacht Sales Ltd” which has done very well, and is still to this day selling boats.

Recently he was approached by a friend who wanted to know if he was still up for a new challenge, and after hearing of the many services and advantages offered by “United Yacht Inc”, he became excited about the opportunity of working with this company and a group of over 160 professional associate brokers, who all share the same interest, which is to better serve their clients by helping each other to sell everyone’s brokerage listing faster.

With Rene’s experience, and the services offered by “United” he said this was a no brainer for him to decide, so, he joined “United”. Rene saw the opportunity for his clients to benefit both by listing and selling. United is your one stop shop for selling or buying with 6000 brokerage boats to search on the website, several lines of New Boats, and by having over 160 associate brokers.

Rene is perfectly bilingual, married, has 5 children and several grandchildren. So, if you are interested in buying or selling your boat, Rene is definitely your go to broker. With his many years of experience in this business, I know he will be of great help and happy to serve you.