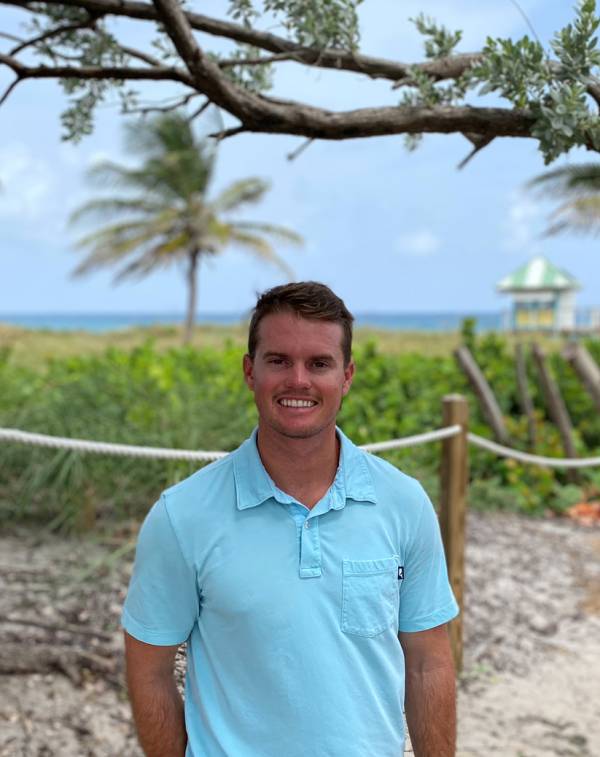 Nick’s very first time on a boat was at one week old and it was an overnight trip. This set-in-stone his ever growing passion for boating. Nick was always aboard his family's boats growing up, the main one of his memories being a 42' Sea Ray Sundancer. One summer Nick and his family made over 10 crossings to the Bahamas, which reinforced Nick's passion for the water even more. Beautiful crystal blue water, island hopping, free diving, fishing, and making new local friends. “What more could you ever need” was a constant thought in his mind.

After getting his first boat job at freedom boat club in high school, Nick quickly realized he was right where he needed to be. Nick stayed in the industry working at various rental clubs and marinas in Jupiter and Palm Beach where he was born and raised, until he got picked up by an owner to captain an antique yacht, a 1913 75ft Matthews. Nick's job was to restore the yacht, bring it from Virginia to Ocean Reef Club, and compete for 1st place prize at Vintage Weekend. He accomplished all those goals and took home the 1st place prize at 19 years old.

Nick's next adventure was on a 200ft Motor Yacht in Europe traveling the Mediterranean. He went to Italy, France, Spain, Portugal, and at the end made a transatlantic crossing. After leaving the boat, he went and got his USCG 100-ton Master’s License. Nick then captained various yachts, some privately owned, and some being day charter all local to the Jupiter area. Over a year ago Nick pursued starting his own yacht management business, which has flourished.

Joining the team at United Yacht Sales is right where Nick wants to be. He knows the industry from washing boats, to fixing them mechanically, and all the way through navigating long trips. Nick's experience being in so many different positions in the industry gives him an advantage to helping the client find exactly what boat they want.