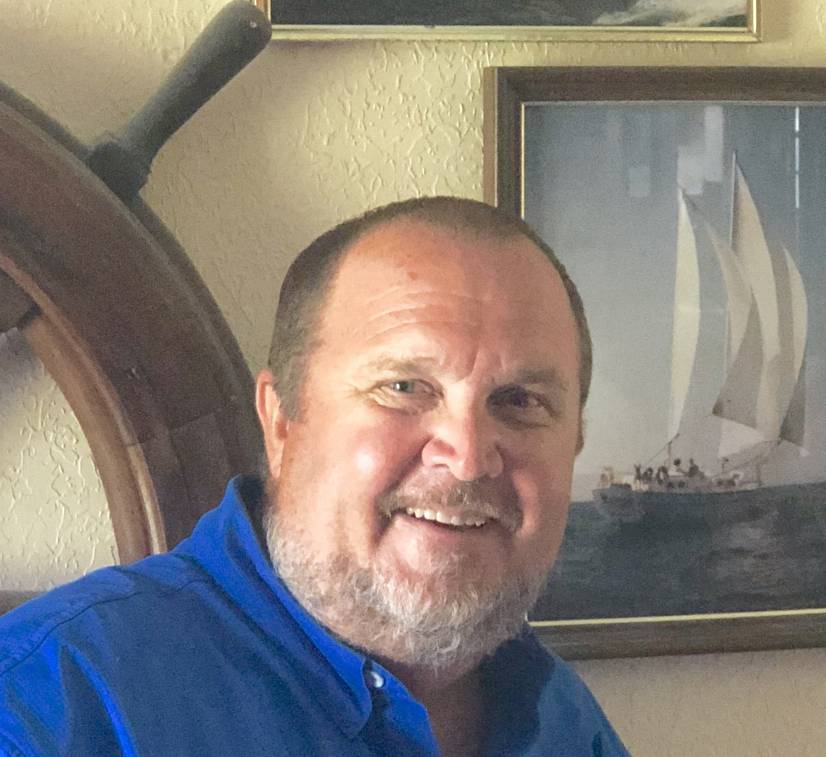 John’s love of the water & of boating was fostered in the early 1960’s as his grandfather took him fishing for walleye on Lake Erie.  They spent many hours on his 14’ aluminum boat with a 10 h/p Johnson outboard.  While attending the Miami Military Academy, John obtained his SCUBA certification at age 14 which deepened his love of the water.  Upon moving to Hillsborough Beach, FL, he captained a 26’ Hurricane Cutty Cabin vessel, followed by a 13’ Checkmate with an 85 Mercury.

As other 15-year-olds pined for a new car to drive, John’s birthday present that year was a 16’ Hobie Cat which he raced with Hobie Alter in Ft. Lauderdale, FL.  He also secured a job at that time making unbreakable rudders for Hobie Cats in Pompano Beach, FL.

In 1972 John met the legendary boat builder Jim Smith, who took him under his wing by having John work in his shop sweeping up the sawdust.  John quickly advanced to becoming Jim’s First Mate on the Boca Jima V.  Over the years following, John lived and sailed throughout the USVI and Lake Tahoe regions.

The long-standing family business called John back to the shores of Lake Erie in order to take over their restaurant business. While successfully owning & operating this oldest family-run restaurant in the Cleveland area, John continued to also own a series of watercraft. By the early 1980’s, he received his VFR Land and Seaplane Pilots License.

Eventually, he sold this very successful and popular restaurant business to become a live aboard cruiser with his wife, Cynthia.  They sailed their 44’ Spencer Ketch throughout the Eastern Seaboard of the Great Loop.  They are currently enjoying the crystal-clear waters of the Nature Coast of Florida with their two children kayaking, scalloping, fishing, along with satisfying the “need for speed” on their wave runners.

The waters continue to call John, as his dream is to become a live aboard cruiser on a trawler with his wife once his children are graduated from college.

John looks forward to partnering with you to connect you with the perfect vessel to make your dreams come true, as well.

John and United Yacht look forward to helping you now and in the future.

My husband and I recently purchased a 42 ft. Trawler. Navigating the process of buying a large boat was something new for us. John Zappone came into the picture when our broker became ill. We were so thankful to have John on board the boat during the hallout and survey process.

At one point as we were cruising to the marina where the haul out was scheduled when we got a call saying there was a mechanical problem on the equipment used to haul the boat out. Mike and I were on a time schedule and driving home from Florida to Virginia Beach the next day. We need to do the haul out that day. Scheduling these things in advance is part of that process.

John was on the phone immediately and in less than twenty minutes we were heading to a marina close by that could accommodate us. We had the survey and haul out done, talked over the results with John and decided to move forward with that boat.

John had the experience we needed at that point in our boat purchasing process. He was very professional, returned phone calls, got answers for our questions, followed up with us and we recommend you use his services.

Oh and thanks for the pile of sandwiches you brought so we could have a little lunch while waiting for the haul out to be completed!!

I am writing in reference to John Zappone. John has been our boat broker with United Yacht Sales for over a year. I found him to be honest, helpful and reliable to me and to all the prospective buyers. He even assisted a buyer to find financing.

He is very knowledgeable about boating. He took great pictures of the boat for the listing. He even helped me get the boat ready for showing and with the sea trial.

John explained all the steps of the sale transaction and contracts. He was always available if we had any concerns or questions. I consider John not just a broker but a new friend.