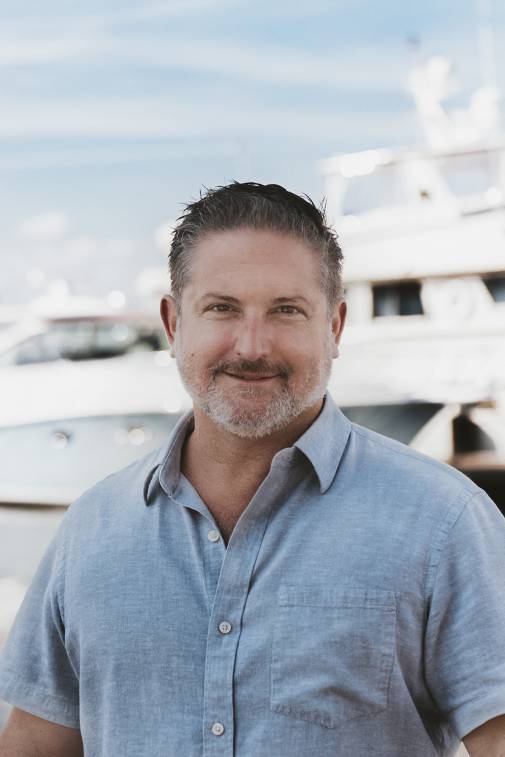 Joe Longobardi grew up mainly in Europe and Asia; his father having work overseas. He had an obsession with the water at age 5, that started by convincing his mother to let him see the movie, JAWS. As a teen and during college, Joe spent his summers with his grandparents in Wildwood, NJ. Here, working as a mate on fishing boats and as a Jet Ski rental guide. Joe attended West Virginia University and graduated in 1993.

Unsure of a career, Joe spent six months living in the Florida Keys, scuba diving and fishing, and in his spare time, working at a water sport business in Key West. Prodded by his parents that he needed to get a “real job”, he found himself soon living in Sarasota, FL, working in outside sales for a propane company. This was great groundwork for classic salesmanship, but the passion was lacking. Joe eventually moved to Miami and started his dream career as a yacht broker, working for International Yacht brokers in 1998.

Tiring of Miami’s traffic, Joe accepted a job with North Atlantic Marine Group, the largest boat dealer on the Chesapeake Bay at the time, on Kent Island, Maryland. Joe began selling new boats like Fairline, Bertram, Ocean Yachts, Regulator and Tiara, among others. In 2005, worked with one of his best friends at Alliance Marine Group until the Fall of 2014 when he joined United Yachts.

Joe has remained based on Kent Island, yet traveling the globe and crafting his yacht brokerage expertise for the last 20 years. Joe prides himself in building lasting relationships with his clients, always keeping the Golden Rule in mind with each client and deal. Big boat or small, Joe treats everyone with this same philosophy.