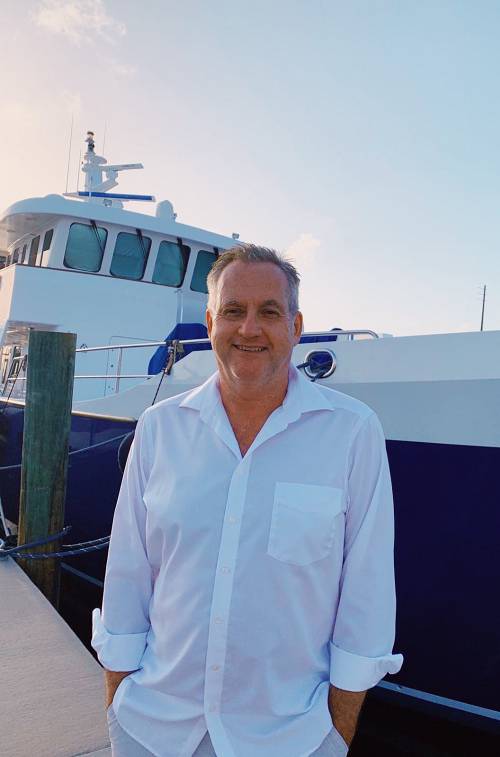 Joe’s nautical education began in the coastal town of Lewes, Delaware, working summers for his father, a boat builder and fishing boat captain, and earning his master’s license at the age of nineteen. After attending college in Boston, he returned to boating holding various captain’s positions on pilot/supply vessels and fishing boats. Eventually he moved to Annapolis, Maryland in the 80’s to sell yachts.

After some great years on the Chesapeake Bay, Joe made his way south in 1994 to work as a yacht broker in Fort Lauderdale. There he established his own brokerage business and new boat dealership. His Fort Lauderdale office and Seattle branch imported DeFever Trawlers from China to sell on both U.S. coasts.

Joe is also the former owner of Real Ships and built the 77’ Expedition Yacht “Aventura” in Bayou La Batre, Alabama, and then moved to Thailand to build a sister ship “Kamalia”, for a Thai businessman. Over the years he has worked with many noted naval architects on new boat projects, including Pat Bray, Chuck Neville, Jay Benford, Art DeFever and Gavin Mair in Western Australia.

Joe is also an instrument rated pilot who enjoys the speed over ground that an airplane can cover, but on the water, his expertise is in full and semi-displacement yachts that can truly go the distance.