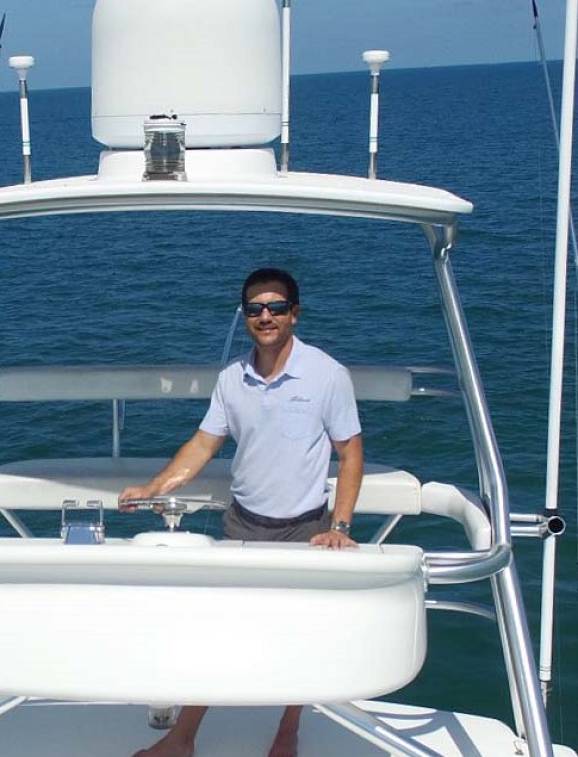 After growing up in small town GA, Brad continued his education at Georgia State University.  He received a Bachelors in Decision Science with a minor in Business Administration.  Though he had grand plans of being a successful business man, he was not prepared for the monotony of a desk job and the stress of the city life.  So he did what any business flunky would do and moved to the beach!!  It was easy there to find his dream job of fishing and being on the water.  He went from fueling up boats at a marina, to deck handing on charter boats, to finding himself in the private boat industry.

In the last fifteen years, he has primarily worked for one family on many different boats.  He has become a licensed 100 ton Captain, traveled all over the Gulf, Atlantic and Caribbean and competed and placed in numerous tournaments.  He is currently the Captain of a 70ft Viking owned by Chef Emeril Lagasse and spends summers in Destin, FL and winters in West Palm Beach, FL.  His goal in obtaining his brokers license is to help friends and new acquaintances find the yacht that best suits their wants and needs.